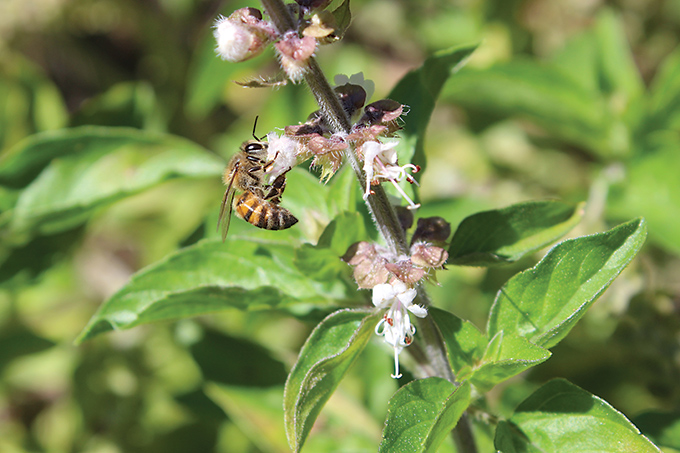 Colony Collapse Disorder is killing bees in the Northern Hemisphere, but here in South Africa it is illegal use of pesticides in orchards and vineyards that is doing the damage to bee populations.

Over the past decade, honeybee populations in many countries in the Northern Hemisphere have plummeted due to colony collapse disorder (CCD).

The debate about the causes of CCD is ongoing: climate change, pesticides, food scarcity, monoculture crops, Varroa mites, strains of foul brood and loss of habitat, amongst others, have all been blamed.

However, these are only some of the potential threats that bees face, and no undisputed single reason for the decline in bee populations in the Northern Hemisphere has yet been identified.

A man-made threat
South African honeybees seem to have been largely unaffected by the mysterious CCD, although Varroa mites and foul brood disease have taken their toll of local populations.

Mismanagement, loss of fodder plants such as bluegums, and beekeepers working bees too hard to provide pollination services also pose a risk to bee survival and productivity.

Bees are resilient and have survived all of this. Yet in 2018, the threat of pesticides raised its ugly head in the Western Cape, with two major incidents in which honeybees died because of pesticide misuse.

During the first quarter of 2018, an organophosphate insecticide was applied on canola in full bloom – in direct contravention of label instructions. It had devastating results: hundreds of managed colonies perished.

The dust had barely settled after this disaster when the same beekeepers lost their second round of pollinators to a phenylpyrazole insecticide that was also used in contravention of label instructions. The insecticide was applied to control ants in vineyards.

Bee mortality as a result of exposure to pesticides is relatively common in South Africa.

Bees are often killed in macadamia orchards where pesticides are applied, while bees in stone and pome fruit orchards are also victims of pesticide applications. In urban areas, bees are blatantly poisoned by so-called bee removal specialists instead of being properly trapped and released.

All pesticides used in South Africa are regulated under the Fertilizers, Farm Feeds, Agricultural Remedies and Stock Remedies Act. Registration holders must conduct extensive research and trials to prove efficacy and compatibility with the natural and human environments.

The registrar of this act is mandated to demand any additional information in support of an application for registration, and bee safety has been on the table for a long time. Labels are drafted with bee safety in mind and it is therefore usual to find specific warnings on many labels to protect bees against exposure to pesticide.

Ignorance or arrogance?
Why do we experience so many incidents of bee poisoning in South Africa? It would appear to be because of general lawlessness. People apparently do not care to abide by the laws and statutes of the country.

When the canola disaster took place, CropLife South Africa examined the labels of all insecticides registered for use on canola to check for bee safety warnings. All of them had specific warnings prohibiting the use of the product after flower bud formation and while bees were active in the crop.

If pesticides registered for canola had been used according to label instructions with special attention to the safety warnings about bees, the disaster would not have happened.

Then came the phenylpyrazole disaster. This insecticide was mixed with molasses as bait for ant control. The molasses acted as a magnet for the bees, which had been starved by the crippling drought in the Western Cape. Common sense should have dictated that any molasses used as bait for ants would attract bees.

The fact that it killed bees only now after the practice had been followed for years shows a lack of understanding of bee biology. The bees were starving because of the drought and a subsequent lack of natural food supply.

Bees have a messaging system that is better than WhatsApp. Through this, they convey messages very far, very wide and very effectively via pheromones.

In addition, they perform a ritual at the hives, indicating food sources to their fellow winged warriors. It is thus no wonder that so many bees went after the molasses-pesticide bait and died in the process.

CropLife SA receives news every year on bee mortality in and around macadamia orchards.

This is mostly the result of a neonicotinoid insecticide being applied by tractor spray or aerial application. The nitro-substituted neonicotinoid is extremely toxic to bees, and when the products are sprayed, any bee in the target area will die.

The label on this product specifically warns against using it as a foliar spray when bees are working the orchards. Products not registered as foliar sprays may only be applied as soil drenches.

Yet, the crop sprayers run and fly, loaded with neonicotinoid, and the bees are in the firing line. Once again, this is disregard for the law.

A responsible attitude is needed
The bottom line is that bees are not dying from pesticides as such, but from the illegal application of pesticides. The proper guidance for using pesticides appears on all product labels. If people read and followed pesticide label instructions, the disasters described here would have been avoided.