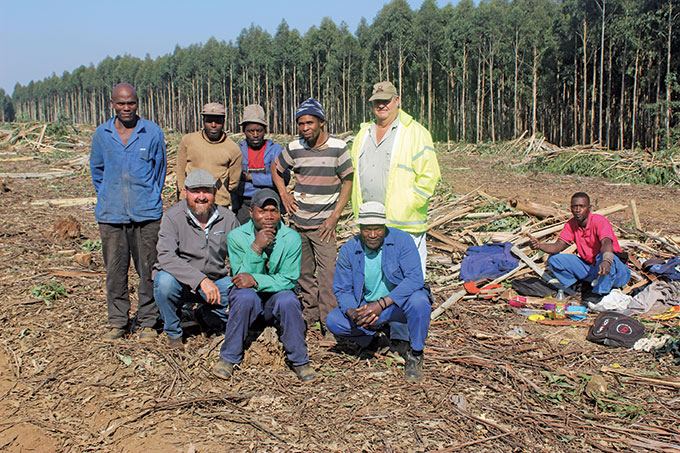 Hendrik Klopper has built up an efficient and productive tree farming operation in the Moolman district in southern Mpumalanga, catching the eye of the NCT team that has recognised his efforts and chosen him as their top commercial tree farmer for 2019.

Hendrik has come up with a number of innovations on his farm that have enabled him to maximise productivity without compromising sustainability, which is a key objective in his farming business. He says he has gained a lot of useful insights into different aspects of tree farming from his 10 years working for big growers like Sappi, Mondi and TWK, but also from neighbouring farmers. Hendrik says there is a high level of co-operation between neighbouring farmers in terms of trying new things, sharing ideas and expertise so that they can improve efficiencies on their farms.

Hendrik has built up his farming business from humble beginnings. His father, who worked for the Transvaal Provincial Administration as a transporter, inherited a 65 ha subdivision of the original family farm. In his spare-time he planted timber and produced wattle bark and poles for tomato farmers in the Pongola area.

In 1981 Hendrik’s father passed away and his mother, Elbie, raised her two young children while running the smallholding and managing a restaurant and B&B in Piet Retief. Hendrik learnt form a young age the value of hard work and perseverance. 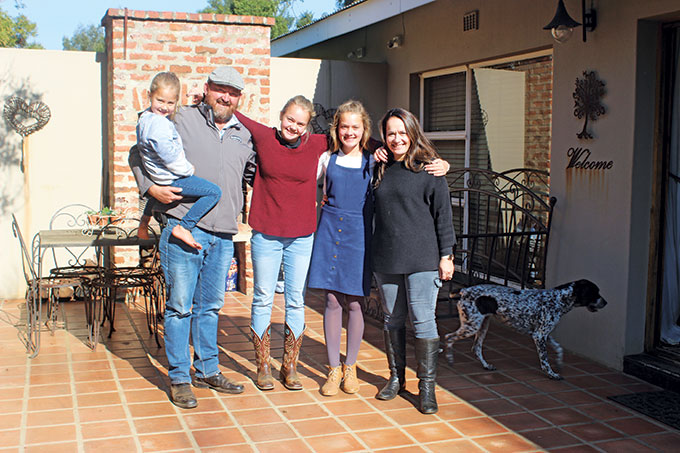 Hendrik studied for a BSC Forestry at Stellenbosch before spending some time in the USA. He returned to South Africa and gained forestry experience working for Yellowstone Timbers, Sappi, Mondi and TWK.

Hendrik always dreamt of managing his own tree farming business. He pursued this dream by managing the family smallholdings on a part time basis, while setting up a timber harvesting/ transport business and purchasing small farms as the opportunity arose.

Today he owns 675 ha with 500 ha planted to wattle and gum, and 175 ha of open areas. MAI’s for the gum compartments are 15-20 tons /ha/year, and 12-16 tons/ha/year for the wattle. Wattle bark is sold to the bark factory at Iswepe. Hendrik also grows transmission poles for the local treating plant and charcoal wood which is supplied to kilns on a neighbouring farm. He has recently established four ha of tee-tree on one of his farms and is experimenting with essential oils. 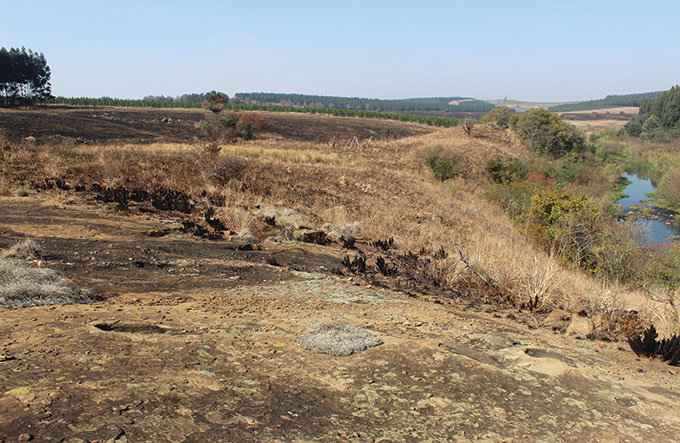 A well maintained open area on the western boundary of the farm.

Silviculture operations are of a very high standard and are implemented mainly by his own staff, or outsourced. A cool burn is used to reduce brush loads followed by de-stumping. Small stumps are chipped, while large stumps are ‘clipped’ with a special head attached to an excavator that was designed and built by one of his neighbours, Ralf Conrad. The ‘clipped’ stumps are used to make charcoal, while the roots are left behind to decompose slowly in the soil.

The de-stumping operation enables him to re-plant at 1.8 by 3.6m which allows for mechanised weed control and minimal use of chemicals. He does mechanical slashing in the wattle compartments and a full discing operation in the gum compartments in year two. 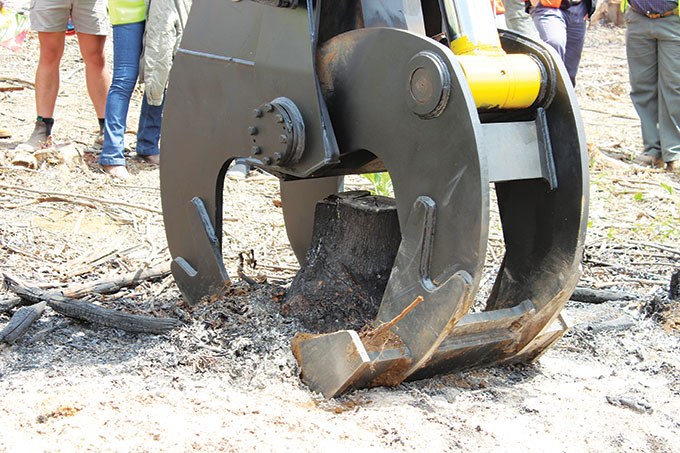 The stump ‘clipper’ removes old stumps after harvesting to open up the compartments for mechanical weeding and discing operations.

Sustainability is the cornerstone of Hendrik’s farming philosophy, and his land preparation planning revolves around ensuring that the soil remains healthy. His aim is to build up the organic matter in the soil, and so he allows a certain amount of weed growth in compartments to promote this process. He says the weeds break up the soil to reduce compaction and allow moisture to soak into the ground instead of just running off when it rains.

“I have noticed that if you have a small spillage of fuel, the grass won’t grow but the weeds come back.”

He says the weeds help to break down the toxins, build up organic matter and then the grass starts growing again.

“Nature rehabilitates itself. The trick is to find the right balance and make sure the trees don’t get stressed.”

Gum compartment stocking is managed for specific products: transmission poles 850 stems/ha; mining timber 1350 stems/ha; and pulp at 1 550 stems/ha. Clear-felling age varies from 8 to 11 years depending on site and product.

His operations are FSC certified and he manages the open areas on his farms for conservation, encouraging the growth of natural vegetation and keeping them clear of alien invader plants.

Early on in his tree farming career Hendrik realised that he needed reliable people to achieve his farming objectives. He employed Joggie Potgieter and Sibusiso Ncube in his harvesting transport business and mentored them to the point where they are now running their own independent businesses which provide him with reliable harvesting and transport services. 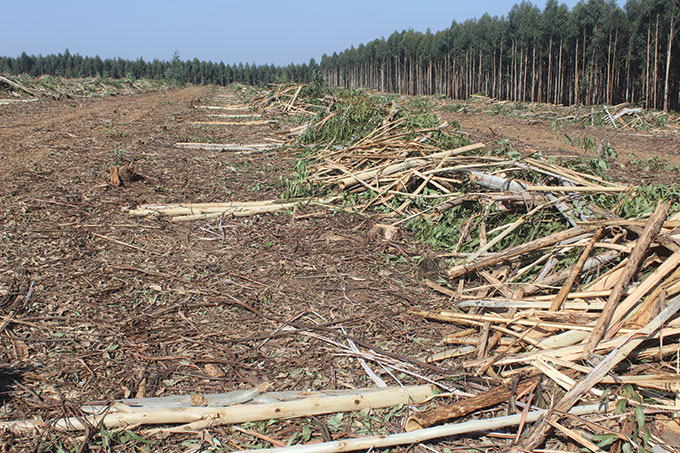 Slash is heaped on every 5th row after harvesting in this gum compartment.

As a small farmer, Hendrik can’t keep the harvesting teams busy all year, so when he’s finished harvesting his own timber and bark the team moves next door and harvests for his neighbour.

“We’ve been doing this for nine years and the harvesting team hasn’t stood idle without work for one day,” said Hendrik. “We are all small farmers around Piet Retief and we’ve learnt to help each other. Harvesting I can do, but land prep I outsource, using the best knowledge and equipment available. So we share equipment and expertise and make it work,” he said.

His sense of community extends beyond his timber business and he has served 10 years on the Mkondo Fire Protection Association, two of which as chairman. He is the current chair of the Moolman farmers association.

Over and above running the farm, Hendrik does consulting work doing forestry and land valuations and related work. He said his years working for corporate forestry companies provided him with a lot of experience in different aspects of the business which he is able to pass on to clients. He also stays in touch with developments in the industry, attending forestry short courses such as the finance course presented by Stellenbosch University. 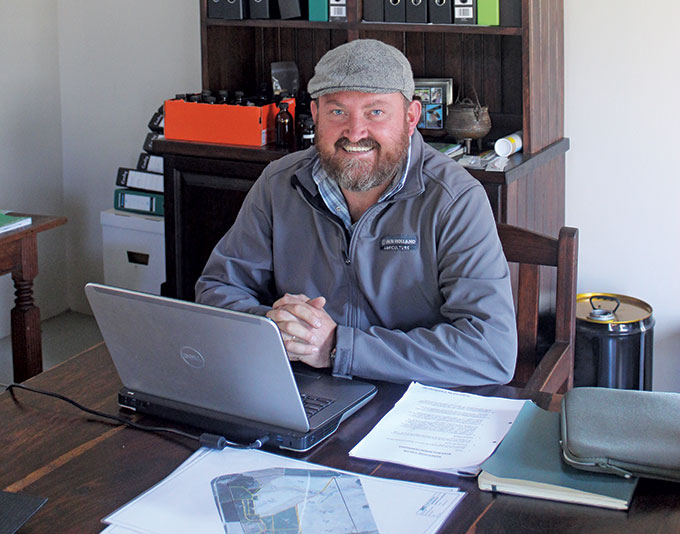 Hendrik acknowledges the massive role that his mentors have played in shaping his career, and in this regard he mentioned Siggie von Fintel (TWK), Les Ayeliffe (Mondi), Marius Krijt (Sappi) and Tito Voster. He is a family man, and says his wife Tammy and their three daughters have been a rock of support for him over the years.

“His operation is an exceptional example of the development of a successful farming enterprise through astute decisions, hard work and determination,” commented NCT’s Technical Manager, Craig Norris.