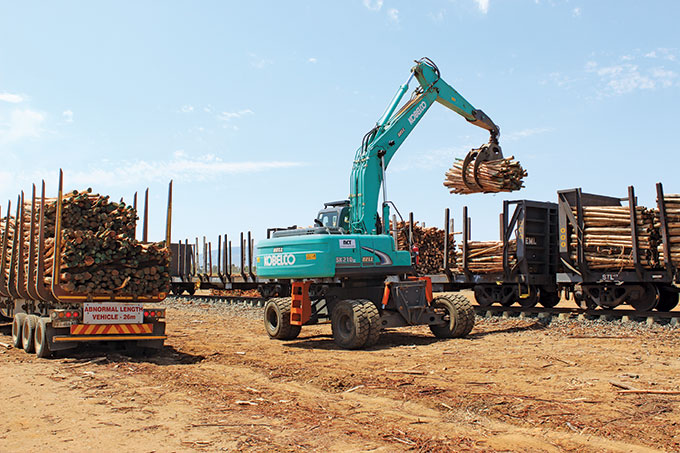 A Kobelco wheeled excavator moves timber from truck to rail at NCT’s new transhipment depot at Vryheid, for the long haul to the Richards Bay chipping/export facility.

NCT has established a new road-to-rail transhipment depot at Vryheid that provides significant logistical cost benefits to timber suppliers to NCT’s Richards Bay mills, while reducing the number of timber trucks on the national roads.

These benefits have been made possible with the establishment of the transhipment depot which is located within the greater Transnet Vryheid East Marshalling Yard. It is being managed as an extension of NCT’s Richards Bay supply chain.

The depot opened for business in November last year. It is geared to accommodate vehicles with GCMs up to 80 tons which includes all the legal timber truck configurations and PBS vehicles.

NCT Commercial Manager James van Zyl said the throughput is expected to be in the region of 120 000 tons per annum, which will remove around 3 525 loaded heavy vehicle truck trips per annum between Vryheid and R/Bay, plus the same number of empty return loads. 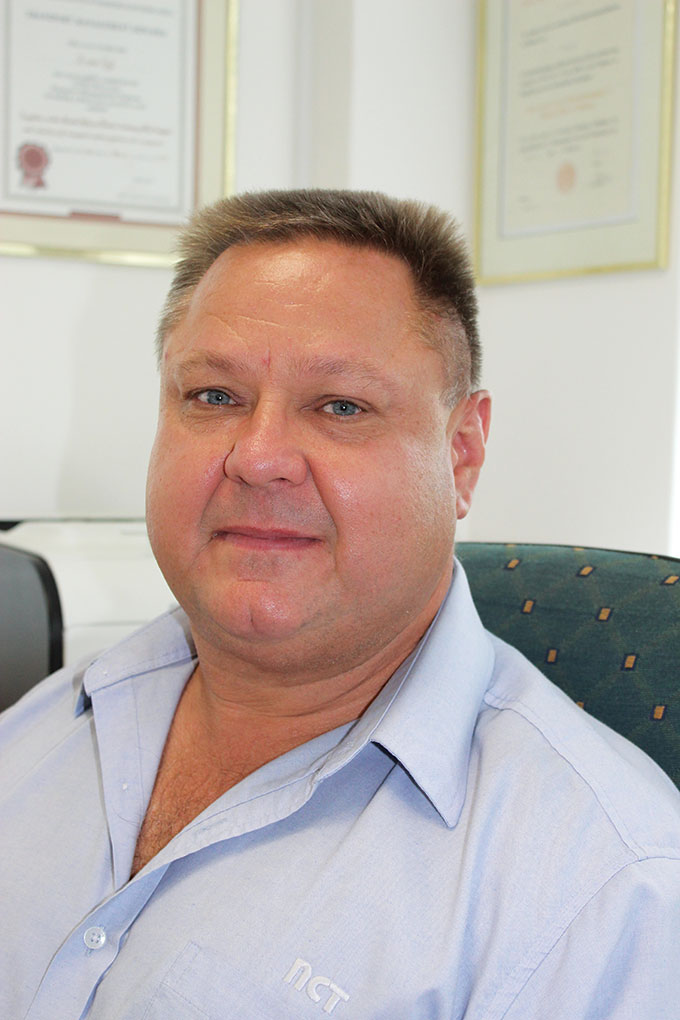 This will bring numerous benefits related to road safety, congestion, road surface wear and tear as well as a significant reduction in CO2 emissions.

The big benefit for NCT’s timber suppliers, especially those located north of Vryheid, is an estimated transport cost saving of between R40/t to R70/t compared with the cost of direct road transport to Richards Bay (depending on the dispatch point and the short-haul ex farm).

It is also expected that the long run cost creep on rail transport will be less than it will be on road transport, so the cost benefits to suppliers is expected to continue into the future. 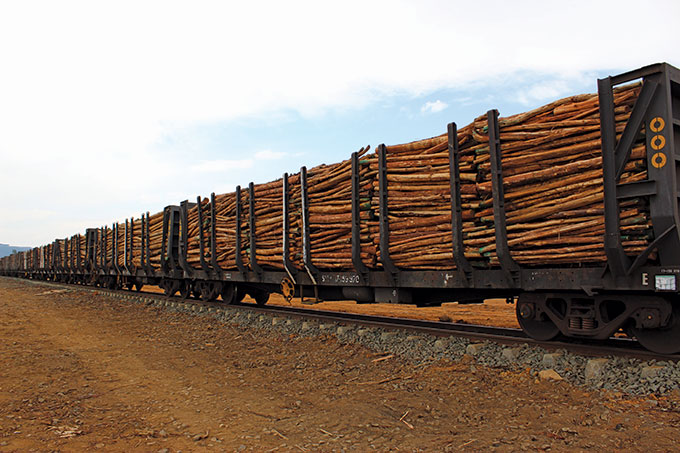 The response from NCT members to the opening of the depot has been encouraging, according to James. He says NCT’s original estimation of throughput for the first year of operation was 80 000 tons, but just three months after opening for business the expected throughput for the first year has been adjusted upwards by 50% to 120 000 tons. The bulk of the timber moving through the depot so far has been wattle, he says.

To ensure reliability of service, the depot is equipped with PV Solar panels plus a set of gel batteries and will operate totally independently of the national electricity grid. This includes the weighbridge load cells, computer system, lighting and electric fence. A back-up generator has also been installed in case of extended rains. 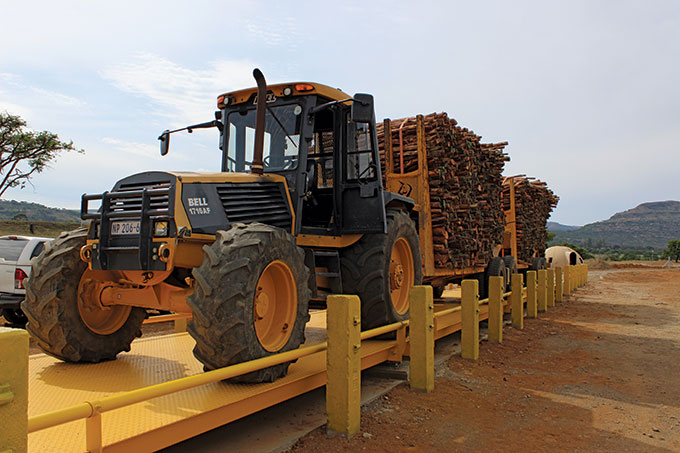 The weighbridge at the NCT transhipment depot in Vryheid. Around 120 000 tons of timber per annum will be moved through this depot.