Ramping up the planting of endangered pepper-bark trees 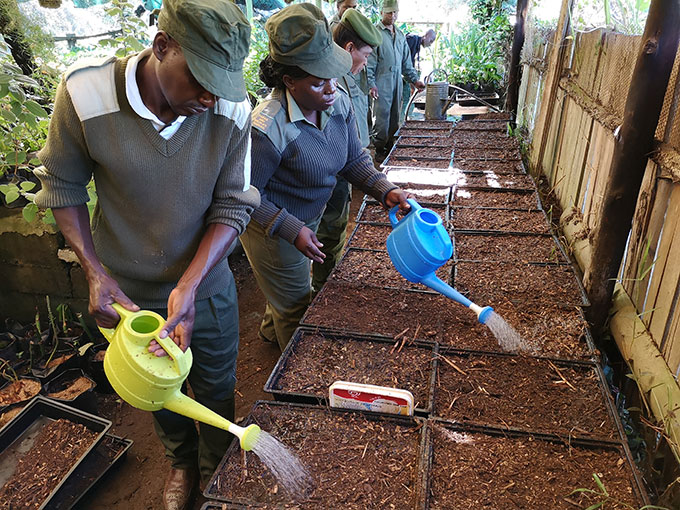 Zimbabwe Parks rangers tend pepper-bark seed trays at Vumba Botanical Gardens near Mutare. Sappi sponsored a project team to take pepper-bark seed to Zimbabwe to help build up the population of the tree in Zim.

To help celebrate Arbor Week as well as the arrival of spring, Sappi, in conjunction with the SANPARKS Skukuza Nursery, has supplied 2 000 of the endangered Pepper-bark trees (Warburgia salutaris) to the Endangered Wildlife Trust for their project in the Soutpansberg Protected Area in Limpopo Province. The saplings were originally propagated through cooperation between Sappi, the Agricultural Research Council Nelspruit and SANBI Nelspruit, and were looked after at the Skukuza Indigenous Nursery awaiting distribution to qualifying Warburgia projects.

In KwaZulu-Natal 1 600 Pepperbark saplings that were propagated by Sappi’s Richmond Nursery and Shaw Research Centre, have been supplied to the Sibaya Coastal Precinct. These trees form an important part of the natural vegetation rehabilitation programme, whilst at the same time forming a future seed orchard in a secure area. 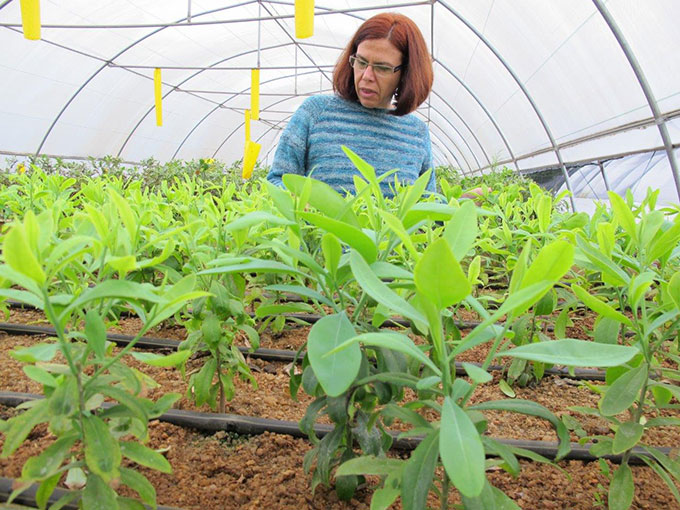 Since inception of the project, Sappi and its working group partners, SANBI Nelspruit, Fort Hare University, ARC Nelspruit and the Shaw Research Centre have propagated and provided over 40 000 seedlings to traditional healers, urban and rural communities and created seed orchards in safe and protected estates.

Warburgia salutaris, commonly known as the pepper-bark tree or ‘isibhaha’ in isiZulu, has long been one of the most highly prized tree species in the Southern African traditional healthcare sector. However, with commercial gatherers increasingly crossing into protected areas such as the Kruger National Park, the trees have become increasingly scarce and are now considered critically endangered. Unsustainable bark harvesting means that trees die a few months after harvesting.

The tree is formally protected under SA legislation in the revised National Forests Act (2012) and the National Environmental Management Biodiversity Act (2004). 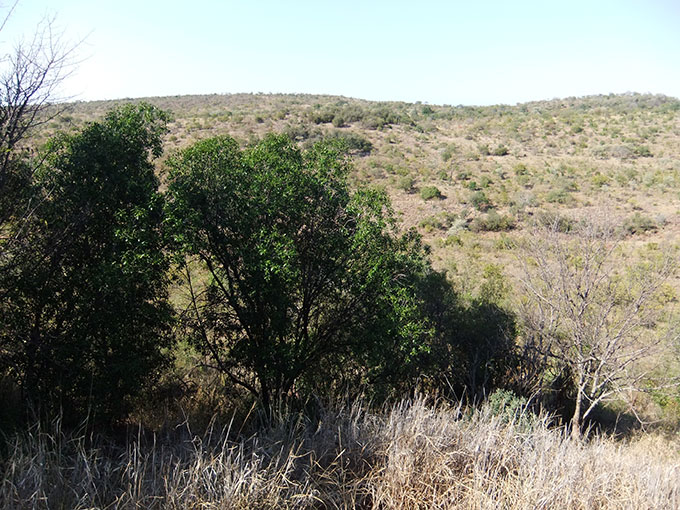 An initiative was launched in 2011 to propagate the trees and distribute them to communities
living around the Kruger National Park in an attempt to take the pressure off the few
remaining wild trees. In 2014, Sappi joined the project participants – SANParks, the Agricultural Research Council (ARC) and the South African National Biodiversity Institute (SANBI) – with an initial donation. Sappi also began using its tree breeding and production expertise to propagate pepper-bark trees from cuttings for distribution to rural communities.

With Sappi’s involvement the project has expanded from the KNP to KwaZulu-Natal and the Eastern Cape with pepper-bark saplings distributed free of charge to rural communities, including Sappi Khulisa small-scale tree farmers.

A major breakthrough for the project has been the discovery that the medicinal properties so
highly prized in the bark, are also abundant in the twigs and leaves. Thus, the twigs and leaves of trees planted out in the field can be harvested within four years – much earlier than would be the case for bark harvesting which can only be done on an adult tree. This ensures that the trees can be harvested sustainably, providing health benefits and economic opportunities for traditional healers and muti traders. 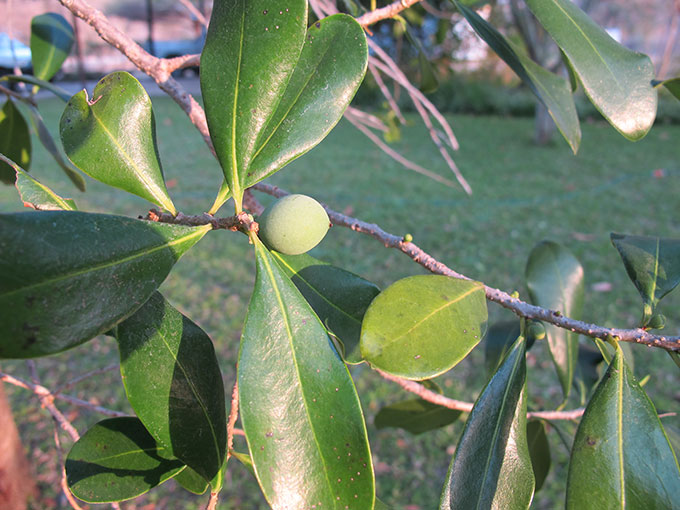 Warburgia salutaris aka the pepper-bark tree, highly sought after by muti traders and traditional healers, and now critically endangered.

A key aspect of the project is education. Workshops are held with traditional healers and
community members to inform them about growing and nurturing the trees, as well as harvesting them sustainably.

This project has been a major success, with over 30, 000 pepper-bark seedlings and cuttings distributed by the end of 2018. Traditional healers and community representatives have attended workshops on planting, tending and sustainable harvesting of muti from the trees. 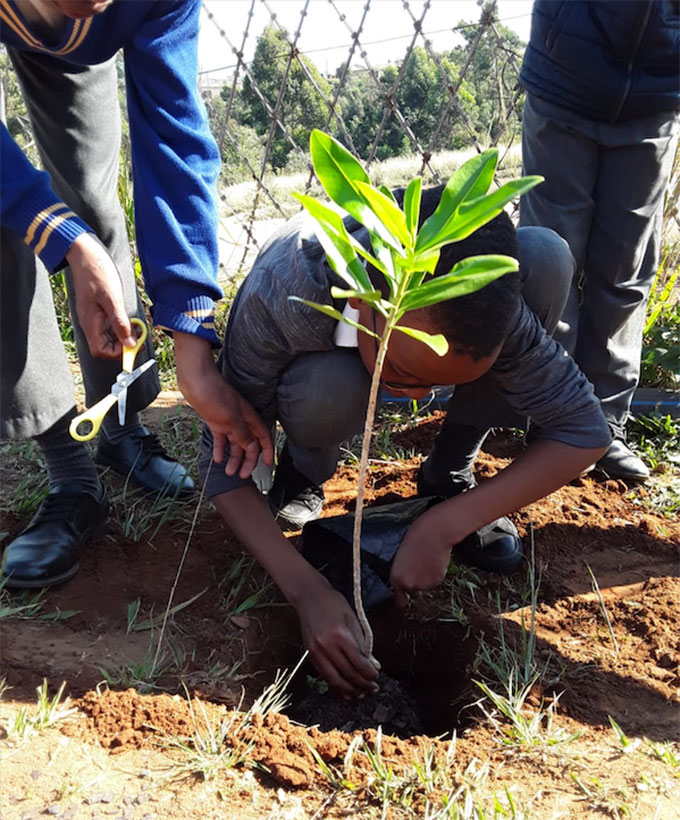 A working group has been set up to co-ordinate and drive the Warburgia salutaris conservation project going forward. Gene banks and seed orchards have been established within this working group partnership, and assistance has been extended to Swazi and Zimbabwean conservation authorities to help them increase the number of trees growing in their countries.

The Sappi Shaw Research Centre has been working on seed propagation and the production of cuttings.