‘Taming the Wildfires on the Garden Route’ 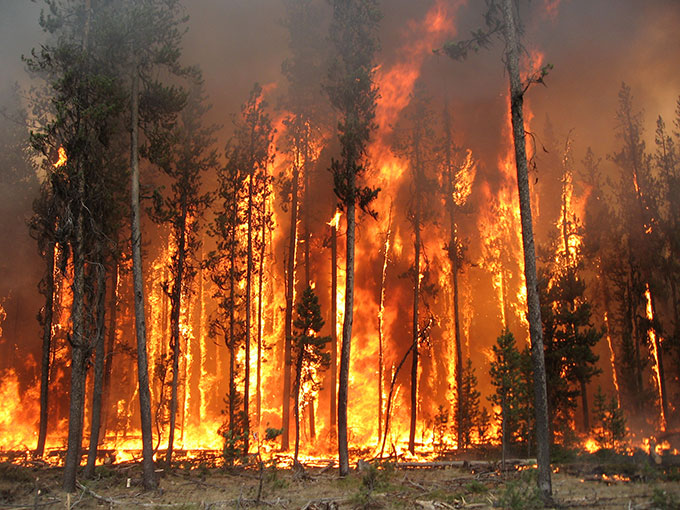 Out of control wildfire moves into the crown, destroying the tree crop and spreading fast.

Drastic action is required to prevent future destructive wildlfires in the southern Cape, writes Neels de Ronde in his recently released e-book ‘Taming the Wildfires on the Garden Route’. Extreme weather brought on by climate change, plus an increase in dry fuel loads due to fire exclusion in the fynbos shrublands, plus an increase in alien invader plants has led to a situation akin to a wildfire ticking time bomb just waiting to explode.

And explode it did in the southern Cape areas around Knysna and in the Outeniqua mountains in 2017 and again in 2018.

The frequent fires in similar Mediterranean biomes in California and southern Europe, and the recent wildfires in Australia, are further evidence of the consequences of climate change and dry fuel build-up around the world.

The solution, according to Neels, is to adopt a proactive approach to prescribed burning coupled with the creation of strategically placed regional buffer zones incorporating features in the landscape such as favourable topography for fire application, rivers edged with non-burnable riverine vegetation, paved roads and natural forests. The wildfire history of the region should be mined to determine fire pathways and weather patterns to inform the fire prevention strategy. 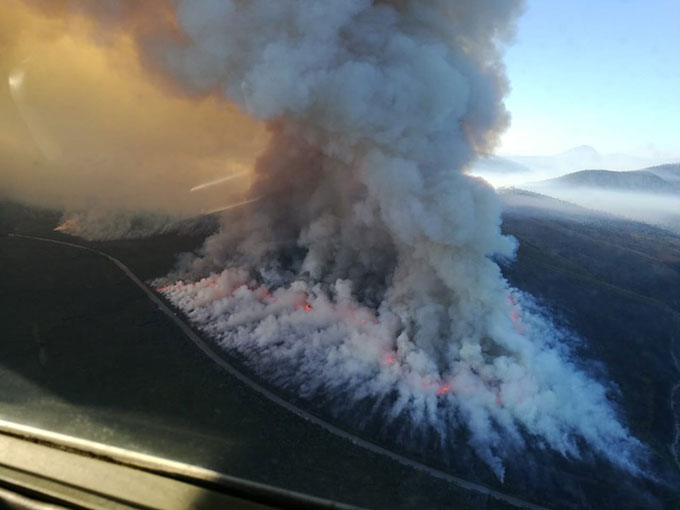 A recent 23.3 ha controlled burn in Tsitsikamma in the southern Cape was implemented by SANParks and MTO. Photo courtesy of Len du Plessis, SANParks.

He points out that a similar strategic approach was applied in the Sabie area of Mpumalanga after the catastrophic wildfires of 2007 and 2008, where fire protection was strengthened by yearly-prescribed burns applied to thousands of hectare of montane grassland, savanna and industrial pine plantations in the region.

“This concerted action reduced wildfire damage substantially since then,” he writes.

Neels draws on his decades of experience as a forester, researcher and consultant specialising in fire prevention strategies to explore the subject of fire in the southern Cape from every angle. The book provides in-depth analysis and offers practical, do-able solutions for stakeholders to reduce the risk of mega wildfires in the region. These involve developing a comprehensive and pro-active plan to reduce fuel loads through planned burns, creating strategically placed buffer zones that significantly reduce the risks of catastrophic wldfires in future. 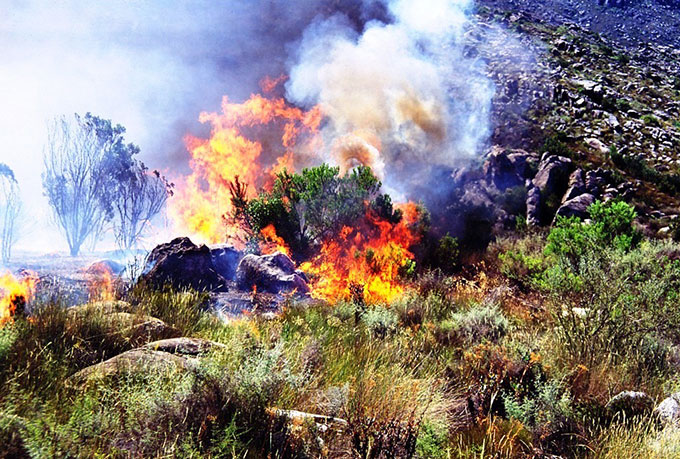 Fynbos burns in the Outeniqua mountains.

He says the development of such a plan should draw on the extensive local knowledge that exists in the area.

There are many interesting insights, including fire behaviour and the ‘art’ of doing prescribed burns under pine plantation canopies, allocation of roles and responsibilities for planning and implementing block burns and creating strategic buffer zones, as well as an enabling policy and legal framework. 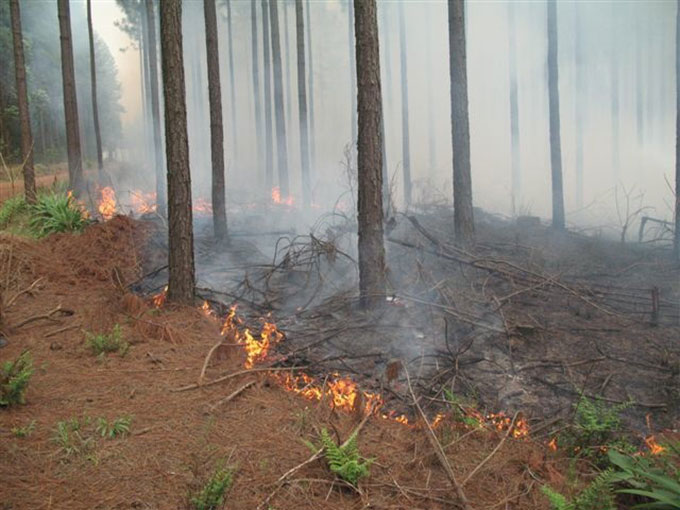 A controlled burn beneath the canopy of a pine compartment helps to reduce the fuel load, without damaging the growing trees.

The book provides numerous insights and observations that are also relevant to other regions of the world where similar wildfire risks are present, especially in the Mediterranean shrubland biomes.

‘Taming the Wildfires on the Garden Route’ by Neels de Ronde is available for free download HERE.