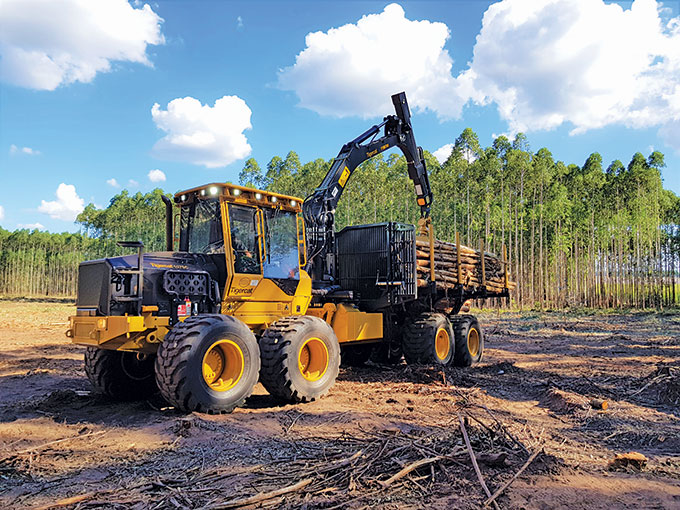 It’s big, it’s tough and it has been customised and adapted to South African conditions by the AfrEquip team working closely with Tigercat. We are talking about the new C series Forwarders from Tigercat – specifically the 1075C which is hauling timber in all kinds of conditions from Ugie to Weza and the KZN Midlands.

All three of these Forwarders are designed for specific tasks and are being used successfully in forestry harvesting operations around the world.

Following feedback from South African customers, the AfrEquip team – working closely with Tigercat – has adapted the 1075C Forwarder for South African conditions by giving it a little bit more of that Tigercat ruggedness without busting the budget. 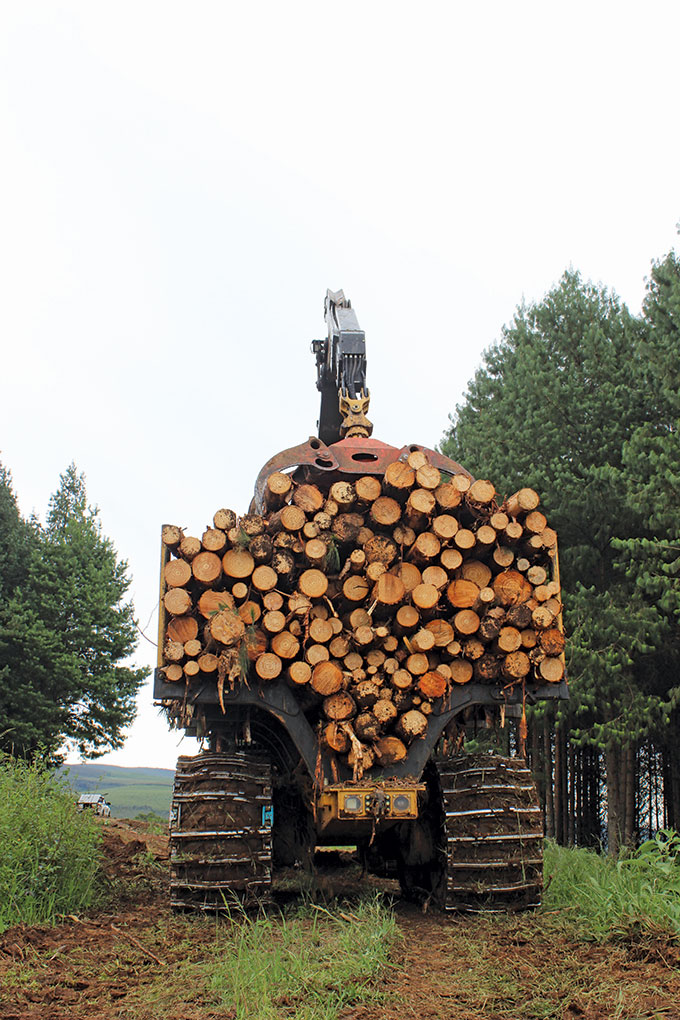 It’s basically a 1075C with heavy-duty, 25 ton-rated bogeys, a bit more power in the engine, bigger grab, longer crane with more lift and slewing torque, and bigger tyres. The result of these improvements is a Forwarder with more grunt that is extremely versatile, highly productive and capable of working efficiently on steep slopes up to 55%.

By creating a southern hemisphere specification, AfrEquip has increased the commonality of parts for the C Series Forwarders which they keep on hand to back up the machines and ensure that downtime is kept to an absolute minimum.

AfrEquip’s Business Development Manager, Brendan Moore, says that this Forwarder has raised considerable interest in Australia and Brazil where conditions are similar to SA, and a little more ruggedness is required.

AfrEquip also supplies the Olofsfors Eco track traction aids for the forwarders as well as the Nokian Tyres.

Every contractor will tell you that harvesting machines are only as good as the backup and support that they get. In this regard the AfrEquip team has built up a solid platform with branches in

Pietermaritzburg, Richards Bay, Ugie, Piet Retief and Nelspruit. They have been distributing and backing up Tigercat machines and other leading forestry brands in South Africa over the past 14 years.

They have trained technicians and a massive inventory of spare parts that they can despatch to even the remotest logging sites around the country, ensuring that those machines keep on purring year after year.