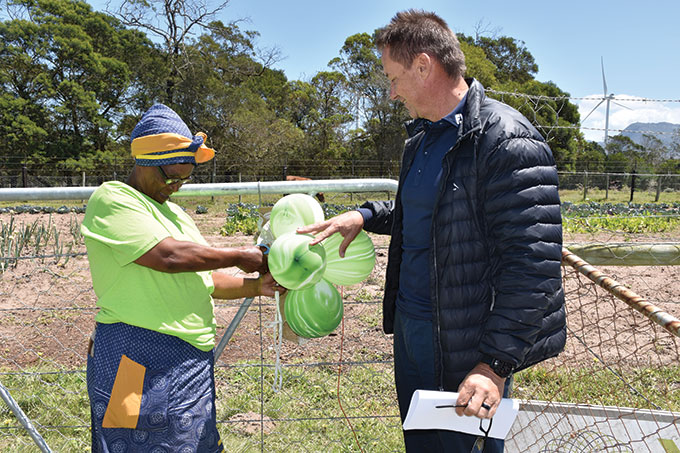 Commented MTO Group Chief Stakeholder Relations Officer, Itumeleng Langeni: “South Africa is plagued by poverty and unemployment despite political and economic advances since 1994. As MTO we had a choice to either keep quiet or investigate further and see what we could contribute to enabling economic transformation.”

After consultation with the Tsitsikamma community MTO launched an initiative to alleviate poverty and malnutrition in the area. “With food you can never go wrong. If you have the land and access to resources such as water, the rest comes easy,” says Langeni.

The Tsitsikamma Community Food Gardens are located in backyards, open fields or schools. The first two years will focus on prepping the soils, planting and creating awareness. In year three, income generation will be introduced and will continue to year five.

“We ultimately want to assist the Tsitsikamma community with finding sustainable markets. Tsitsikamma has immense potential and I believe we will succeed.”

To date 35 community gardens have been established in Tsitsikamma.