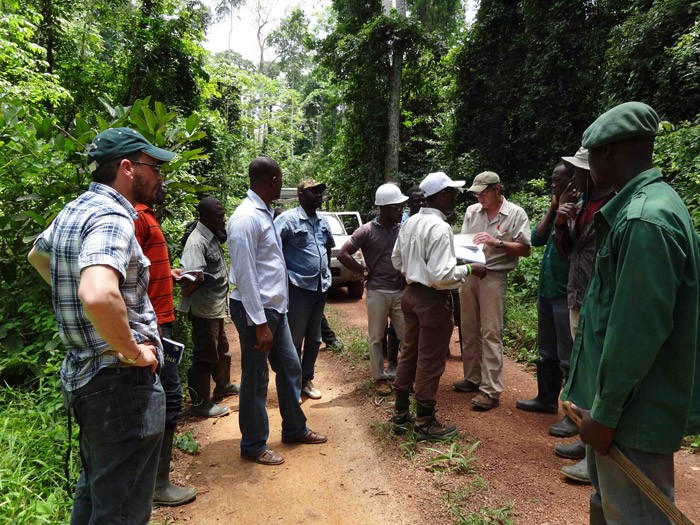 Training of legality verification auditors of the Forestry Commission in Ghana.

Illegal logging continues to have a devastating impact on some of the world’s most valuable forests, with serious environmental, social as well as economic consequences. It is estimated that illegal logging costs governments an estimated $10 billion every year in lost revenues. This was recognised in a G8 Summit in 1998, where measures to tackle illegal logging were discussed and an ‘Action Programme on Forests’ formally adopted.

Subsequently, in April 2002, the European Commission hosted an international workshop to discuss how the EU could contribute to measures to combat illegal logging. At the World Summit on Sustainable Development (WSSD), held in Johannesburg in the same year, the European Commission set out a strong commitment to combat illegal logging and the associated trade in illegally-harvested timber.

These systems are focused more on creating legislation to curb illegal logging as opposed to the voluntary forest conformance systems such as FSC and PEFC.

Due to corporate social responsibility, and good governance policies to reduce reputational risk, retailers and their buyers in Japan, North America and Europe have embarked on programmes to avoid illegal wood entering their supply chain since the late 1990s. Major international companies all over the world today require suppliers to demonstrate sustainability through third party certification schemes such as FSC and PEFC. The voluntary and legislative forest conformance systems are not intended to compete with each other, but can in many ways complement each other in the market place.

Lacey ACT - USA
In 2008, the US Congress passed a new law making it unlawful to import, export, sell, receive, acquire or purchase in interstate or foreign commerce, any plant taken or traded in violation with the laws of the US.

FLEGT - EU
The EU parliament passed a law - the Forest Law Enforcement, Governance and Trade (FLEGT) Action Plan - in 2013 that requires all operators who first place timber products on the market to undertake due diligence and makes it an offence to place illegal forest products on the EU market. The FLEGT Action Plan recognises the role that both producers and consumers play in curbing illegal timber harvesting and trade.

The EU FLEGT Action Plan sets out a programme of actions that forms the European Union’s response to the problem of illegal logging and the trade in associated timber products and includes a range of measures that aim to combat the problem of illegal logging. These focus on seven broad areas;
• Support to timber producing countries;
• Activities to promote trade in legal timber;
• Promoting public procurement policies;
• Support for private sector initiatives;
• Safeguards for financing and investment;
• Use of existing legislative instruments or adoption of new legislation to support the Plan;
• Addressing the problem of conflict timber. 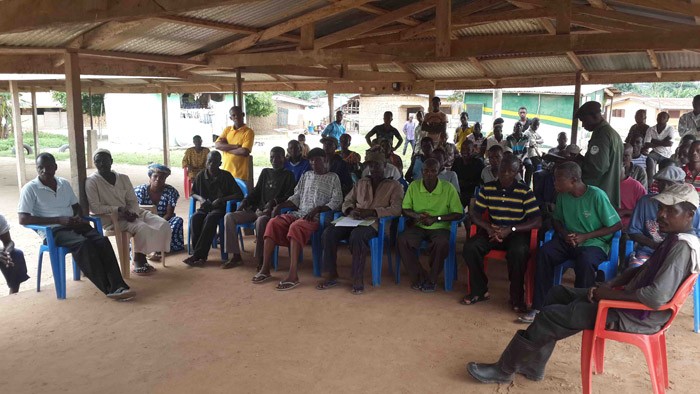 Support aimed at producer countries
The Action Plan aims to provide financial and technical support and advice to timber-producing countries to achieve the following objectives:
• Improved governance structures, and development of reliable verification systems where forest law enforcement has been weak;
• Policy reform that focuses on laws and regulations that are appropriate to the country in question, and through which all stakeholders can engage in policy dialogue;
• Improved transparency and information exchange between producing and consuming countries, including support for independent forest monitoring;
• Capacity building and training in producing countries, including support for governance institutions in the implementation of new governance procedures;
• Support for the development of community-based forest management and the empowerment of local people to help prevent illegal logging.

South Africa also qualifies for support under the EU FLEGT programme, so as to assist South Africa in achieving the above objectives.

Promoting legal timber trade
The FLEGT action Plan aims to work with the EU’s trading partners that are primary timber producers through Voluntary Partnership Agreements (VPAs) in international trade. These are bilateral agreements between producing countries (FLEGT Partner Countries) and the EU. VPAs set out the commitments and actions of both parties to tackle illegal logging (see Briefing Note 6). The intended outcomes of VPAs are:
• Improved forest governance
• Improved access to markets within the EU for timber from Partner Countries;
• Increased revenues collected by Partner Country governments;
• Increased access to support and development for Partner Country governments;
• Implementation of more effective enforcement tools in Partner Countries;
• Improved foundations for sustainable forest management. 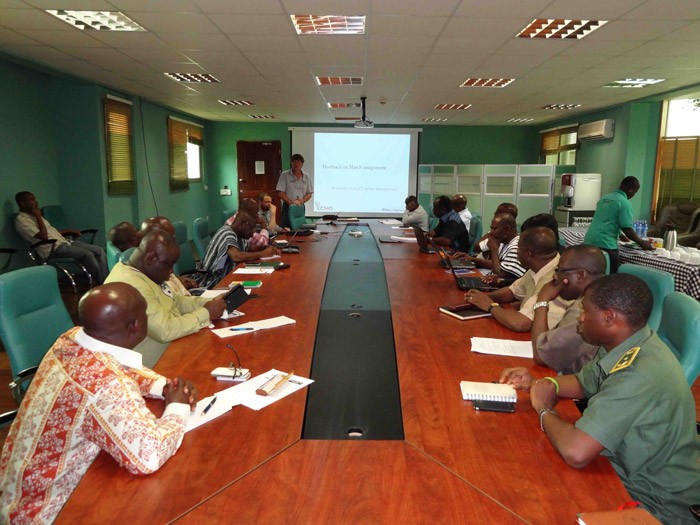 VPAs offer an approach by which legally-produced timber exported to the EU can be identified using licences issued by Partner Countries. These will be underpinned by timber legality assurance systems developed under the auspices of each VPA. FLEGT licenses covering timber shipments will enable EU customs agencies to distinguish verified legal timber from Partner Countries and to allow it entry to the EU, while excluding unlicensed timber from those countries. The assurance system will address controls on timber production, processing, internal verification, licensing and independent monitoring.

Six countries have signed a VPA with the EU and are currently developing the systems needed to control, verify and license legal timber. These countries are known as “VPA partner countries”, namely: Cameroon, Central African Republic, Ghana, Indonesia, Liberia and the Republic of the Congo.

Nine more countries are in negotiations with the EU. Another eleven countries in Africa, Asia and Central and South America have expressed an interest in VPAs.

In the next edition we will be exploring the benefits and implications and options of South Africa signing a VPA with the EU and also suggest possible working models.