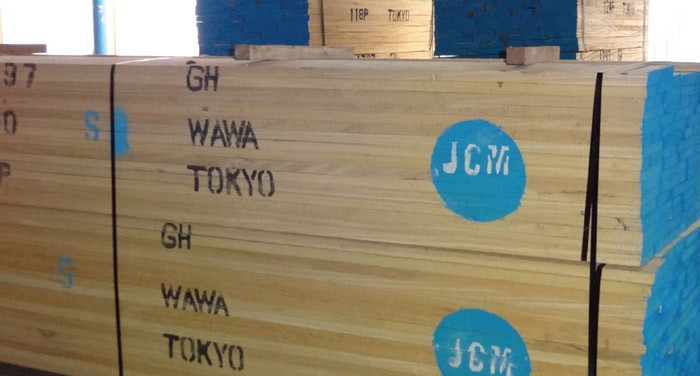 The origin and legality of lumber destined for the export market is under the microscope.

What is the current status of Forest Law Enforcement, Governance and Trade (FLEGT) compliance in South Africa? MICHAL BRINK reports …

In a recent story for SA Forestry magazine, I gave some background to FLEGT licencing under the EU Timber Regulation (EUTR), which prohibits the “placing on the market of illegally harvested timber or timber products derived from such timber” from 3 March 2013. The origin of the timber can be inside or outside the EU. It also obliges ‘operators’ (first placers of timber or derived products on the EU market) to work with a due diligence system (DDS) to minimise the risk of putting illegal timber or derived products on the market. The DDS is to consist of three elements:
Information; Risk assessment; and  Risk mitigation.

Operators can run their own DDS or work with a ‘monitoring organisation’ which provides them with a DDS. Monitoring organisations are comparable to certification bodies, but they have to be recognized by the European Commission and will be controlled by national authorities.

Companies further down the chain are called ‘traders’. Their only obligation is to keep records relating to who they bought from and to whom they sold wood products.  Products with FLEGT or CITES licences are considered to comply with the Regulation by definition (so-called ‘green lane’). The Regulation covers round wood as well as a long list of wood products, including several categories of furniture and paper (source: FSC).

From the above, it is evident that all importers in Europe need to follow a DDS, unless a FLEGT licence has been issued for the particular consignment.

However by following a DDS there is a risk of non-compliance for both the importer as well as the exporter. This is the reason why there is an advantage for any country to sign a Voluntary Partnership Agreement (VPA) with the EU and to develop a Legality Assurance System (LAS) that will allow for the issuance of local FLEGT licences. This includes South Africa.

Should a country be interested in implementing a legality assurance system under FLEGT, the following steps need to be followed:
• Inform the EU that your country is interested in entering into a VPA.
• Develop a legality matrix for the country (e.g. South Africa) through a multi-stakeholder process.
• Negotiate and sign a VPA with the EU (including the legality matrix).
• Implement the VPA in the country. This will allow for the issuance of FLEGT licences once the system is operational.

In the case of South Africa it would be a worthwhile option to consider driving the process through FSC certification. South Africa has over 80% of its commercial plantations certified to the FSC system. The FSC already covers legality as a requirement in Principle 1 of the FSC standard. By capitalising on the current FSC certification, a workable Legality Assurance System in South Africa could include the following steps:
• Develop a document to bridge the gap between the FSC’s current legal requirement and the requirement in the legality matrix developed through the multi-stakeholder process (see above).
• Develop an audit system for legality conformance that can be implemented through certification bodies in South Africa.
• For FSC certified companies, their certification bodies can audit compliance with the bridging document, as an add-on to their normal annual FSC audit, thereby requiring minimal additional time to check for legality compliance under FLEGT.
• Design a system of checks and balances on how the certification bodies will be checked for compliance.
• Implement the system.

A unique collaboration between conservation organisations, environmentalists, researchers, traditional healers, communities and a prominent forestry company is saving an important