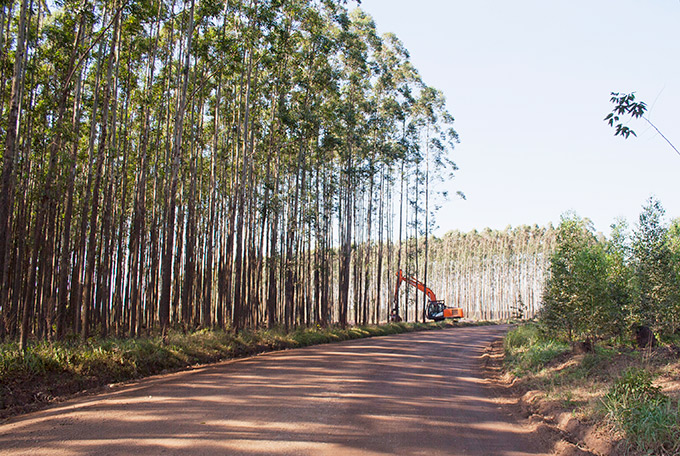 SAFCA was formed by nine forestry contractors in October 1989. The constitution was drawn up by Tom Dreyer. Some of the inaugural members are still around and still involved in forestry contracting. The late Roger Johnson of Stoneshack was the first chairperson and Jaap Steenkamp the first secretary of the Association.

The contractors association was viewed with suspicion by some of the grower companies as a ‘union’ and hence initial progress was difficult and slow. But over time SAFCA earned the trust of growers and the number of members grew to around 300, which has been maintained for the past 12 years.

SAFCA has lived up to its vision of being an apolitical, non-racial, non-profit association established to serve and uplift forestry contractors on a fair and equal basis.

The first priority of members was to find a basis of calculating costs for contracting activities. Since contracting rates are in general very lean, SAFCA made deals with both short and long term insurance companies, saving on insurance costs, but also sharing in insurance commission. SAFCA acted as an insurance broker for a number of years, but this function was later outsourced to Kurt Balzun who is still involved in forestry and public liability insurance.

Meetings were held to determine what contractors’ needs were, and those identified include insurance, fuel rebates, central buying and access to provident funds and medical aid. All of these were explored and substantial benefits were subsequently derived through savings on insurance, diesel fuel (Total), and a group medical and provident fund was established.

Contractors are by nature very independent people and it is not easy for them to collaborate. Thus central buying, one of the high potential schemes explored by SAFCA, turned out to be a disaster. The central buyer became no more than an agent to find the best prices, and then members simply reverted to their standard suppliers who they pressured to supply them at the best prices! So the central buying idea was subsequently abandoned.

From the early days SAFCA was heavily involved in training, initially on a one-on-one informal level, but with the establishment of the SETAs, SAFCA assumed a much more proactive role and ploughed millions of rands back to the contractors. This led to the appointment of two Capacity Development Managers, one in Mpumalanga and one in Kwa-Zulu Natal. The main function of the KZN office is training facilitation. This initiative of SAFCA has made a huge contribution to retain and sustain training providers, to improve safety and upskill forest workers.

The flexibility of SAFCA and its ability to adapt to an ever changing environment has contributed to its longevity. Today SAFCA has offices in Pietermaritzburg (mainly training), Johannesburg (administration) and George (technical and communication).

It is our sincere wish that all industry stakeholders will join SAFCA in celebrating 30 years of contracting!

SAFCA is running a series of short forestry costing courses around the country as part of its 30 year celebration.

The two-day course is open to all Forestry industry stakeholders, including contractors, contract managers, growers and foresters (NQF level 5).

Course presentation will be in English except for Tsitsikamma and Knysna where it will be in Afrikaans.

A unique SAFCA-30 certificate of attendance will be issued to delegates who attend both days.

Duration
The duration of every short course is two consecutive days, starting at 8am and ending at 4.30pm.

Cost and Attendance
The course is subsidised by SAFCA as part of its 30-year celebration and is thus only R500 per delegate. Note that delegates will be responsible for their own accommodation, meals and refreshments.

The maximum number of delegates per venue is 25, and will be booked up on a first come first served basis.