Home » The role and importance of the forestry sector

The role and importance of the forestry sector 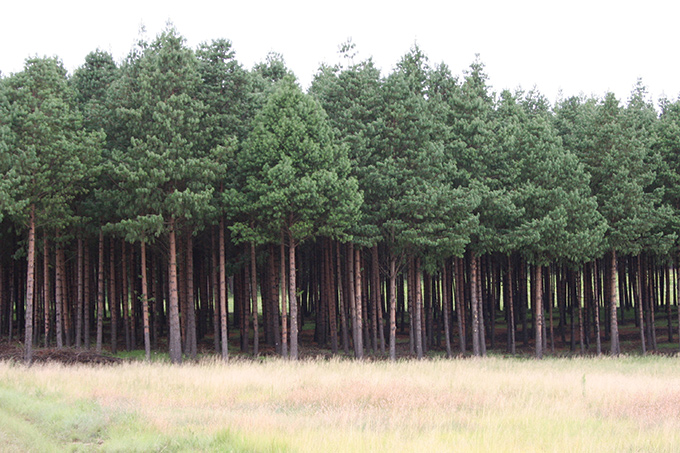 It has for a long time been recognised that the forestry sector’s contribution is not only the timber that is produced but also the non-timber contribution it makes directly and indirectly to the communities in and around timber production regions. Below are a few important contributions that are of importance to the economy:

Supplier of raw materials
Forestry is an important supplier of raw materials to a large number of sectors in the economy of South Africa. Currently, the manufacturing industry is one of the key generators of economic growth and wealth. Looking ahead, it is this industry that should be the generator of economic growth, new job opportunities and wealth. Without the supply of timber, a large number of sectors in the manufacturing industry will not be able to fulfil this role.

Market for produce & services
The importance of agriculture, and forestry as an integral part of agriculture, in the economy is also evident from the fact that about one third of the country's manufacturing industry (on a value basis) is linked to the agricultural sector. This figure is probably higher in rural areas. Some 25% of all wholesale sales are linked to the agricultural sector. At the same time, rural retail sales are dependent mainly on farmers' business. The value of retail sales in some rural areas amounts to almost 40% of total domestic retail sales.

Earner of foreign exchange
Forestry is a basis for further economic growth and development in rural areas and remains an important sector, especially in view of the indirect role of forward and backward linkage effects on other economic activities. The annual exports of timber and related products is a large earner of foreign exchange and its contribution to the GDP is of utmost importance.

Provider of job opportunities
The direct and indirect expenditure by forestry via wages and salaries is an important factor for trade and services industries in rural areas where timber is grown. Without the purchasing power generated by forestry, trade and infrastructure activities will not be able to exist in many rural areas.

The forestry sector is one of the sectors that create the most job opportunities per R1 million invested. There is however a long-term downward trend in forestry employment. This is in conflict with the perception that a developing country will have a greater demand for labour. Mechanisation, as well as farmers’ fears about future legislation and pressure on profitability due to “free market” forces are noted as the main causes for the decline in employment.

Development of rural areas
In most rural areas forestry is the most important economic activity. Forestry therefore plays an important role as the economic base for the development of rural towns and the welfare of their people. The Government regards its rural developments strategy as a high priority and is looking for ways to improve rural economics. In addition it fulfils a direct community and social function. It provides living space and housing to a fair percentage of the population in areas where timber is grown. Farm schools in forestry areas provide learners, mainly farm employees' children, with primary education.

B-BBEE
The South African Government has introduced the B-BBEE Act that aims to empower Previously Disadvantaged Individuals (PDIs) via industry specific charters (eg. Forest sector and agriculture).
The Act intends to establish an overall Scorecard for the transfer of ownership, control and skills in the private sector to PDIs, the procurement of goods and services from black-empowered firms, and black representation at different levels of the workforce. BEE is thus a key policy objective in South Africa aimed at addressing the past lack of access to resources, such as Capital, by PDIs.

The successful implementation of BEE will require, amongst other things, partnerships between the private and public sectors, with the latter providing funds to help finance the transfer of skills and asset ownership. The forestry sector, by way of its forward and backward linkages to the private sector, can help promote economic growth by improving access of PDI’s to assets such as land, machinery and equipment.

Well designed timber plantations also create conservation corridors to protect ecosystems for species of wildlife such as birds and insects. The use of plantations are also becoming more and more important for recreational purposes such as cycling, hiking and trail running.

It is thus clear that the contribution by forestry to the macro and micro economics of the country cannot be disregarded. It is an industry that has shown consistent growth over the past years and the expectation is that it will continue to do so.