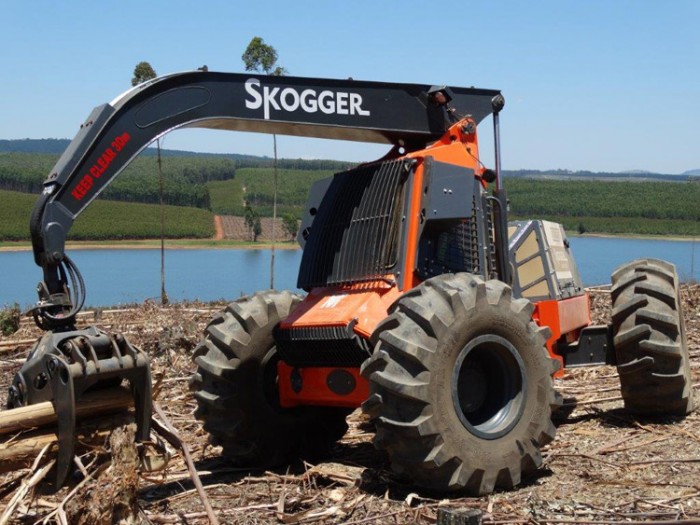 Local manufacturer Matriarch Equipment is making serious inroads into the forestry equipment market with the release of three new products set to take the industry by storm – a Skogger, a whole stem grapple and a revamped light grapple range.

This innovative, Empangeni-based company entered the forestry market seven years ago with a range of grabs, the two smallest models of which are now manufactured under license by Bell Equipment and come standard on new three-wheel loggers.

The next step for Matriarch was to develop a slew loader for the sugar industry. Two models have since been released by the company and are in production.

Now brothers Ashley and Justin Bell and their team have come up with three exciting forestry equipment innovations. 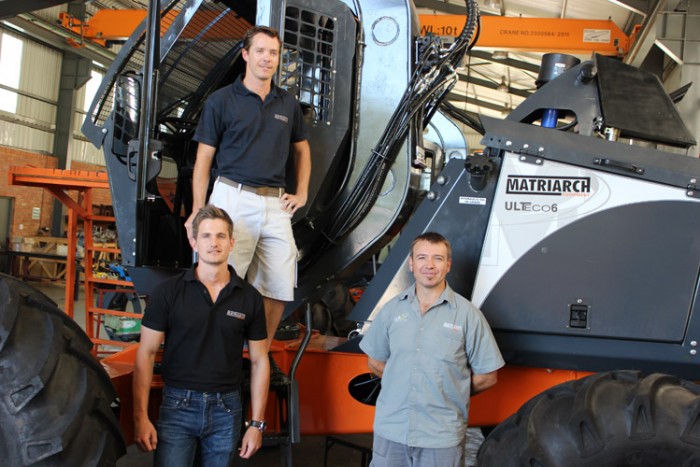 The Matriarch team, brothers Ashley (top), Justin (right) and Kelvin Bell with their new generation cane loader, the ULTECO6, in the Empangeni factory.

This is a four wheeled articulated machine designed primarily as a tool for gathering and extraction of timber from in-field. The boom configuration also lends itself to loading or stacking timber. It is called a ‘Skogger’ because the concept is essentially a hybrid between a three-wheeler logger and a skidder.

This four-wheel drive machine will come standard with a .5 square metre grapple, is capable of pulling a payload of approximately 2.5t and has a targeted price tag of half that of a conventional skidder. With a low centre of gravity and articulated chassis, the Skogger is very manoeuverable and is well suited to tricky compartments, and steep terrain.

The first prototype unit is running up in White River (see video below). Matriarch plans to build a limited number of Skoggers for the local market this year.

The Matriarch team is busy developing a simple, robust felling head that can be attached to the Skogger. The head will be ready for release within a few months. A purpose built feller-buncher carrier is also on the cards.

This is a heavy duty 0.5 square metre grapple developed for handling long/full tree length timber. This grapple model is coupled with the latest rotator innovation by Indexator in the form of the XR500C. The request for this grapple came out of New Zealand where these grapples are in demand. Matriarch has built the first three units. One is shipping to New Zealand for demonstration purposes and the other two will be run by Timber 24 at Weza on 29 ton excavators. 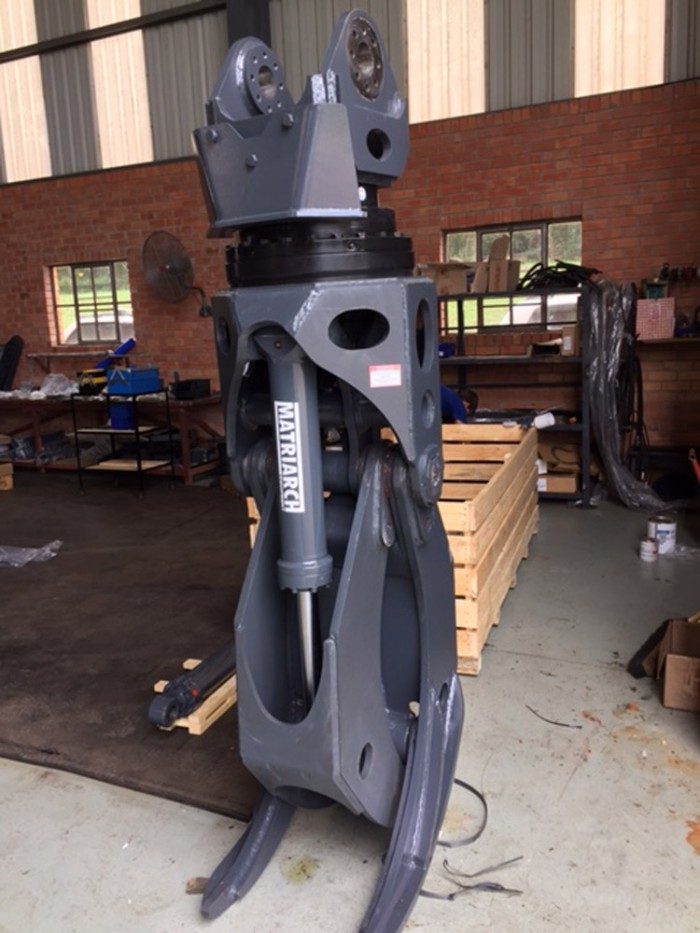 These 0.35 and 0.41 sqm grapples are lighter and simpler than earlier models without compromising on durability. They were designed specifically for the grab replacement market, following extensive feedback from customers, and are extremely price competitive. Six of these grapples were put out to test during 2015 in forestry in SA, and following positive feedback the first production batch of 20 were completed in January, most of which have been sold already. They are being used mainly on three-wheel loggers and trailer mounted cranes. 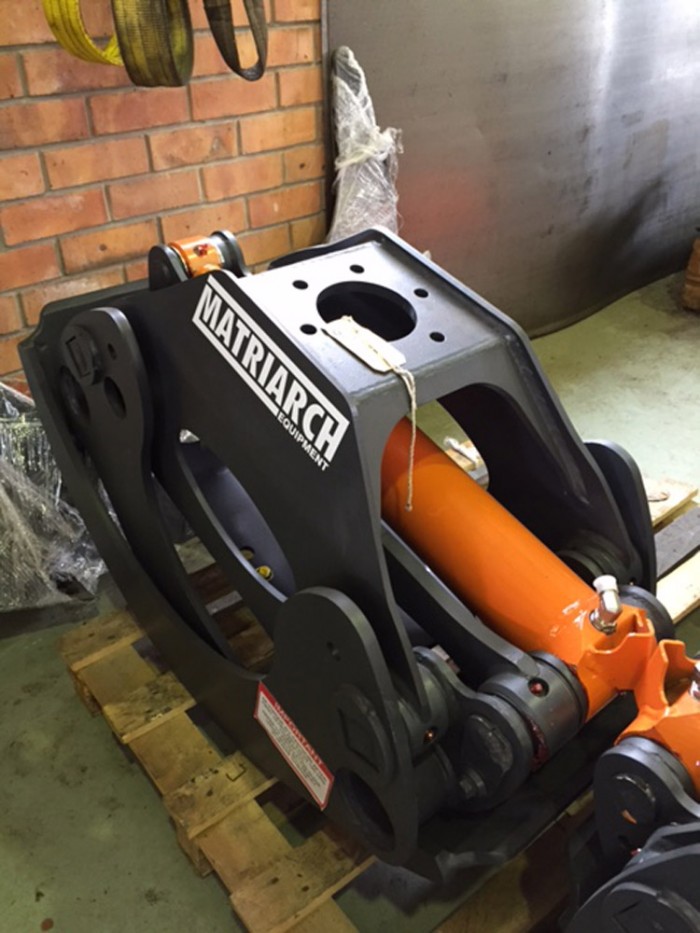 One of the new Matriarch LX grapples, designed for the grab replacement market.