Celebrating 125 years in the timber business 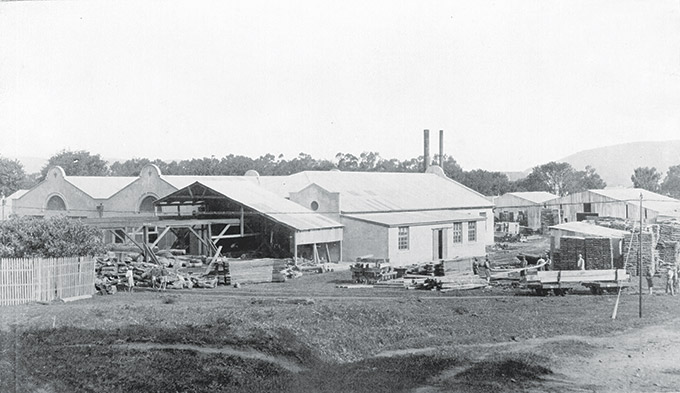 George Parkes & Sons, Knysna-based suppliers of indigenous hardwood and softwood timber, has survived wars, global financial crises and natural disasters for over a century, and is still meeting customers’ needs every day …

One of the oldest family-run timber businesses in South Africa, George Parkes & Sons of Knysna, is celebrating 125 years in business this February.

Founded in 1892 by George Parkes, the company has been managed by members of the same family for four generations.

Once active in forestry, sawmilling and tool and furniture manufacturing, the company now concentrates on forestry, selling timber and poles harvested from their FSC-certified pine plantations and natural forests.

The company was founded by George Parkes, Chairman of A. & F. Parkes, an edge tool manufacturing company based in Birmingham, England, who came to South Africa in 1891 to visit some of his customers. He travelled over primitive roads, down the old Phantom Pass and then over the crumbling stone causeway over the Knysna River to reach the small coastal town.

After completing his business George decided to continue his journey to Port Elizabeth by sea. As luck would have it, the bar at the Heads was up and no steamer could leave the harbour. This meant that he had to spend three extra days in Knysna, and this was when he learnt that an indigenous forest and a sawmill situated in the centre of the town were up for sale. The natural forests he bought off P.C.Metelerkamp and H. Stoebel.  His purchase included a house, machinery and a sawmill. 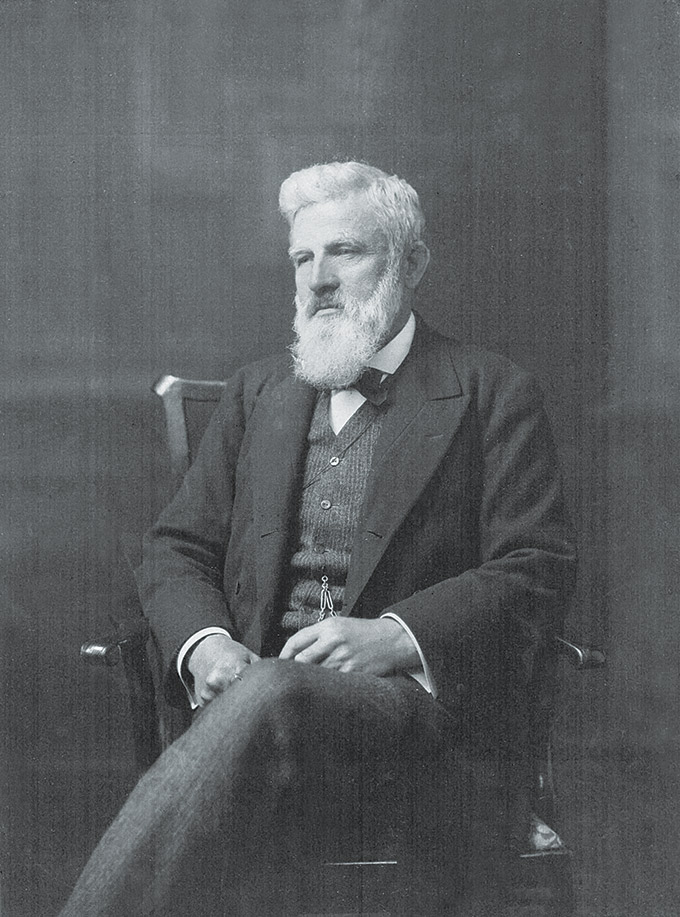 The company was founded by George Parkes in 1892, and has been managed by members of the family to this day.

The sawmill was established in Knysna in 1875 by William Lloyd, who had settled in Knysna from Port Elizabeth. Lloyd imported a 16 horsepower Ransomes portable engine and boiler combined, a frame saw which could take up to 18 inch diameter logs, a saw bench and a corn mill. These were shipped to Knysna on the 99 ton schooner ‘Hettie’.

Off-loading cargo
In order to land the cargo, ‘Hettie’ was beached at high water on the south side of the wooden wharf, originally built by the Knysna Landing & Shipping Company in 1867, now the site of the local Yacht Club.  At low water the machinery was lowered over the side of the ship onto planks placed on the beach, then drawn by oxen to the site now occupied by the Woodmill Lane Shopping Centre.

William Lloyd owned the mill until 1880 when it was sold to the Knysna Steam Sawmills Company Limited, managed by Thomas Taylor.  In December 1881, a 36 inch overhead driven frame-saw was imported from Ransomes of Rochdale, England, costing £914. This sawmill was registered on 17 May 1880, with P.C. Metelerkamp, Hjalmar Thesen and George Cruikshank as directors.

This company was liquidated in 1888, subsequently bought by A.L. Blackburn and then in February 1891 bought by George Parkes who registered it and named it the Knysna Forest Company.  In 1902 it was renamed George Parkes & Sons Hardwood Timber Merchants.

George Parkes also bought a sawmill at Veldmanspad owned by Shepherd & Williams for £1 450.
At this time the Knysna district sold planks or raw wood only which was brought from the forest by ox wagon until the opening of the South Western Railway in 1907, which ran 22 miles into the forest as far as Deepwalls.  This railway operated until 1947, bringing timber to the sawmills and then sawn timber to the jetty on Paarden Island (now Thesen Island) for export.

Messrs Parkes & Sons made a variety of goods including wheelbarrows, yokes, neck bars, swingles, pick handles, naves, spokes and table and chair legs. In fact in 1892 Parkes & Sons was the first mill to produce turned handles on a machine which had been imported from the Defiance Works of Ohio. To celebrate the event of the first turned goods in Knysna, some of the local ladies were invited to view the operation and on leaving were each presented with a broom handle as a parting gift.

The firm also made chair and table legs which were sold in sets to be assembled at destination to save on transport, as the Knysna to George railway was only opened in 1928. On the opening of the Port Elizabeth to Avontuur railway line, goods were sent on a three-day journey by ox wagon to Avontuur from where they were transported by rail to customers. 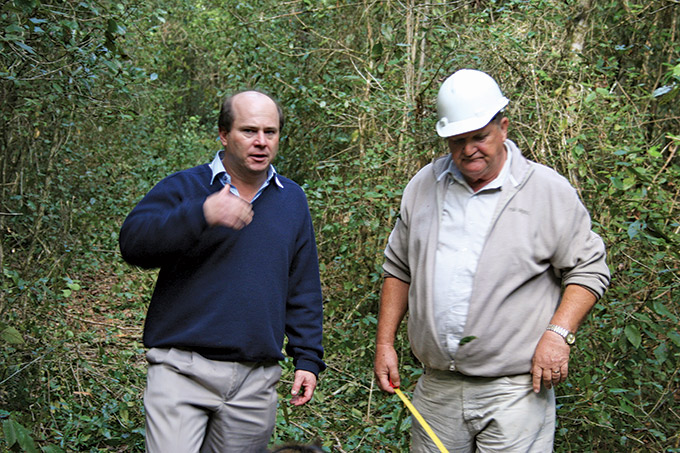 Timber for export
George Parkes also pioneered the timber export trade by sending boxwood to England and France for use in the weaving industry.

Prior to this all timber in the forest was sawn by hand using an American axe, 3 to 3.5 lbs in weight, with one side bevelled and a bent handle to protect the fingers, or a pit saw operated by one man standing on top of the 5 to 6 foot frame and 2 men standing underneath.

In June 1896 George Parkes and his wife were visiting South Africa again, returning from a business trip to the Transvaal and Natal, when they arranged for the ship the ‘Drummond Castle’ to hove to off the Knysna Heads and allow George and his wife plus Messrs Barnard and Terblanche to return to Knysna in John Benn’s rowing boat. John Benn, the Pilot, had rowed from the harbour to meet them and one can just imagine the crew and passengers watching Mrs Parkes in her full skirt descending the ladder into Benn’s rowing boat. It was on this fateful last voyage that the ‘Drummond Castle’ was lost off Ushant in the English Channel with only three lives saved.

Hoogekraal
The 2 000 morgen farm, Hoogekraal, was bought in April 1925 from Pieter Terblanche. This is where the company currently has its pine plantations.

The furniture factory was built in 1938 and opened in 1939 and was renowned for its quality stinkwood and blackwood furniture.  This factory closed in 1988 and Knysna Telkom’s Customer Service division is now housed in this old building.

The town sawmill, which was rebuilt in 1919, was subsequently relocated to the Industrial area in 1985 before closing down in 2005. The firm currently concentrates on the forestry side of the business. 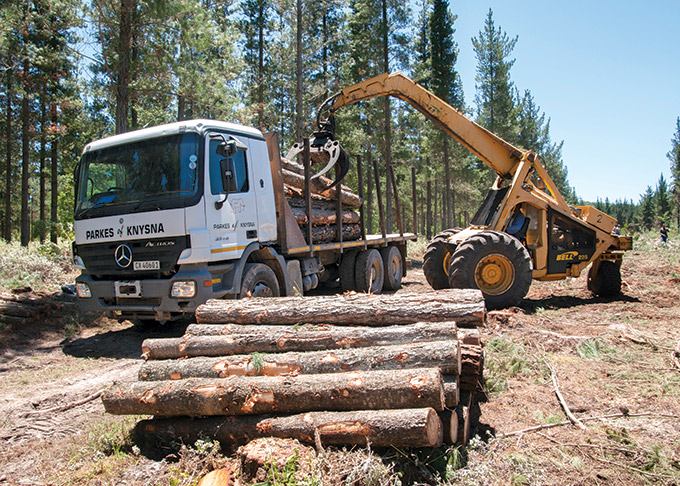 All three of George Snr’s sons,  George, Stephen and Howard subsequently followed their father to Knysna and got involved in the business. Stephen’s son, George, and Howard’s son, Howard Bernard, were both made directors of the company in 1946. Howard Snr was chairman and on his death George 3rd was appointed Chairman of the company.

Ivor Morgan, the son of Doreen Parkes, is the current Chairman, with Bernard’s son, Howard James (Jim), the current Manging Director. They are the fourth generation of Parkes’ to serve the company.

The company’s natural forests and plantation have been FSC certified for the past seven years. The company’s primary business is the supply of pine sawlogs and poles to clients. 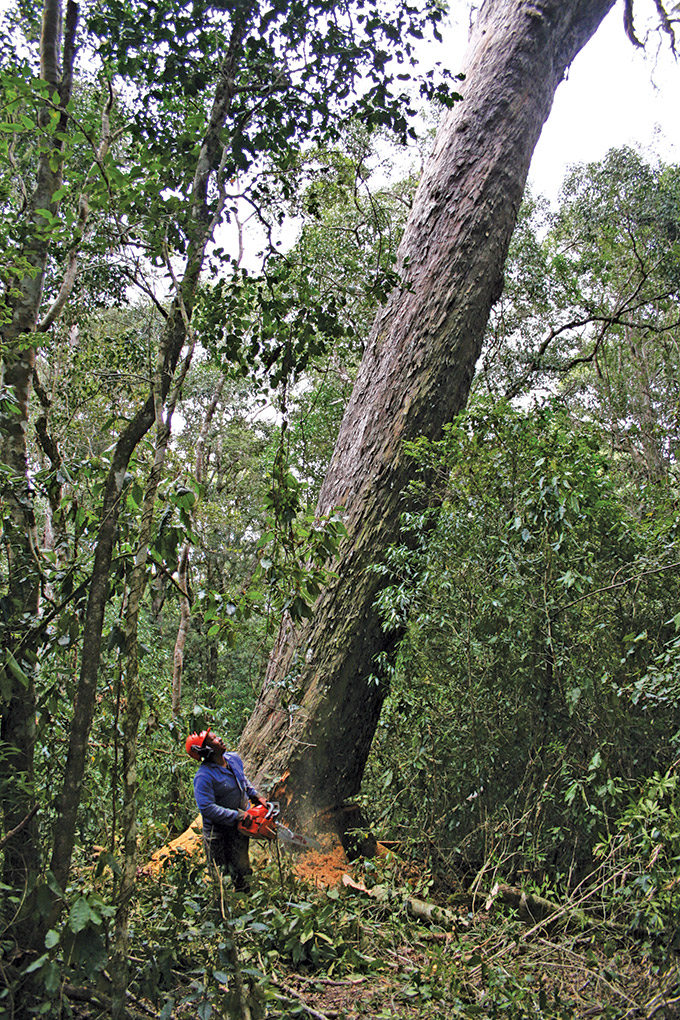 Indigenous trees harvested in the Parkes natural forest are carefully selected according to strict criteria, and individually checked by forest scientists appointed by DAFF.

All the main activities of the plantation from planting of pine seedlings, to thinning and clearfelling are carried out by the company’s own staff.

The company also continues to harvest timber in the natural forest with permits issued by The Department of Agriculture, Forestry and Fisheries (DAFF).

The variety of indigenous hardwoods harvested in the natural forest includes Stinkwood, Yellowwood, White Pear, Hard Pear, Candlewood, Ironwood, Witels and Cape Holly. Blackwood – an exotic species planted in the natural forests many years ago to supplement the supply of indigenous hardwoods that were being heavily harvested at the time – is also available. Other more rare species are also on offer from time to time.

This timber is either sold in log form or in kiln dried planks throughout South Africa, and the company has started exporting as well.

The largest section of Parkes Forest forms part of the lush indigenous forest that has made the Knysna area famous. It comprises 2 800 hectares of natural forest, as well as 600 hectares of pine and gum. It is situated just north of the town of Knysna, next to thousands of hectares of nationally protected conservation areas.

The Hoogekraal estate north of Sedgefield comprises 1 850 hectares of mainly pine, along with some natural forest patches.

These estates are one of the few natural forests in South Africa where harvesting of indigenous hardwoods is permitted. The forests are legally protected for conservation purposes and harvesting takes place under special licence from DAFF, in accordance with the timber yield regulation system. This means that trees may only be harvested that are already dying, and only low-impact felling and log extraction methods may be used. 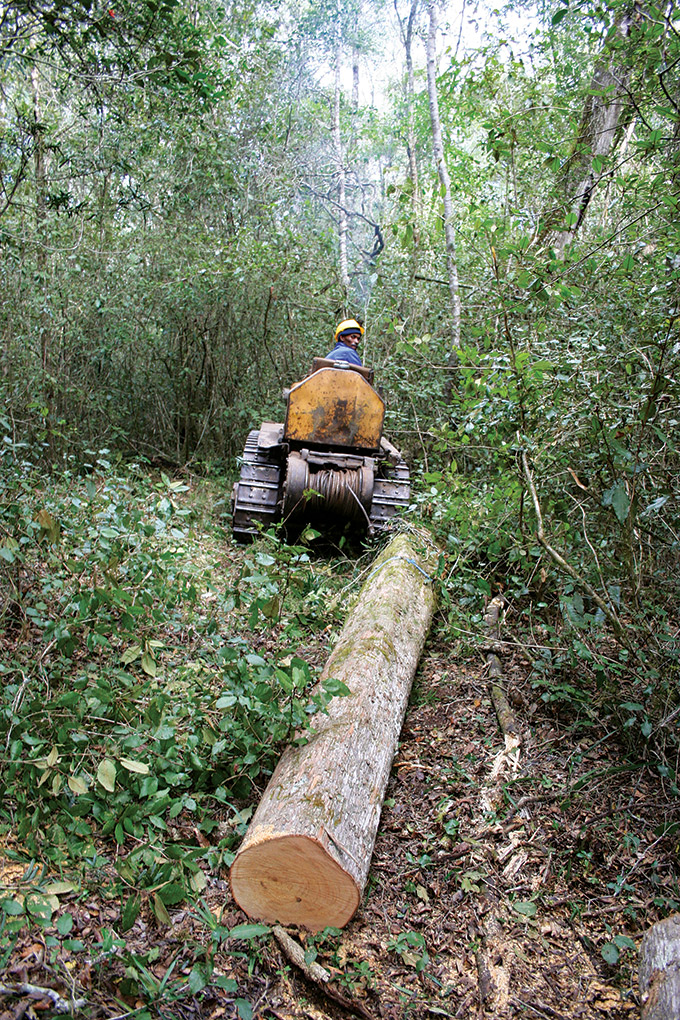 Harvested trees are slipped out to roadside by a mini-skidder, taking care not to damage the fragile forest floor.

Company staff identify trees for felling, topping or removal. These trees are then individually checked by forest scientists appointed by DAFF. There are strict tree harvest selection criteria to be adhered to and trees are identified for topping or felling based on various observations such as crown dieback, loss of the main shoot, basal or stem rot and natural factors such as windfall. Individual permits are issued for each tree that is to be harvested.

Natural hardwood timber harvested from the Parkes forest is sold under the Knysna Woods brand, which is part of Geo Parkes & Sons (Pty) Ltd. The company’s experienced staff are able to advise furniture makers and interior designers how different types of wood behave and their responses to different finishings and applications.

Knysna Woods provides pre-cut planks and pillars in a variety of lengths and thicknesses. Every log is cut to maximize each tree’s best features and unique grains.

George Parkes & Sons, which has survived the turmoil of wars, global financial crises and natural disasters, continues to operate from its head office at 1 St George’s Street, Knysna, a historic building built in 1924. 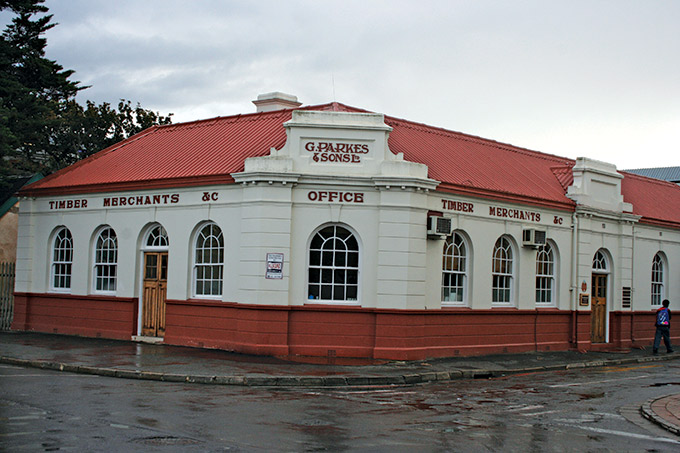