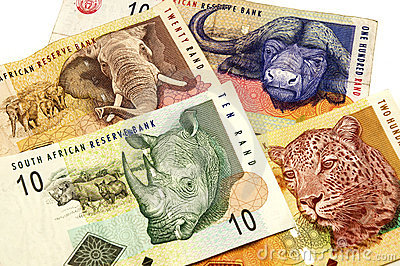 With effect from 1 April, the new minimum wages increased by a whopping 56% to R2 229.32 per month, or R102.90 for a nine-hour shift. Although FSA is still calling for an independent study on the affordability of the new wage levels (see their website), the horse has effectively already bolted. As far as I have ascertained, most, probably all of the large forestry companies have implemented the new minimum wage and none have applied for an exemption. Medium growers with mixed forestry and farming operations will anyway be bound by the new farm worker wages. From this, and the knowledge that the majority of employers in the sector are by and large legally compliant, we can be reasonably sure that most forest workers are now being paid at the new rates, and these are fast becoming an accepted reality.

Closing the gap
It is important to note that the minimum wage increase has almost closed the gap between unionised forestry workers in direct employment and those on fixed term contracts employed indirectly through contractors. To use Komatiland Forests (KLF) as an example, wage levels of the lowest paid permanent workers increased to R2 365.30 from R2 170.00 as a result of the 9% increase awarded to the A1-A3 level production workers in terms of the 2013 Wage Agreement. Although a few companies do pay higher than KLF, the new minimum wage of R2 229.32 is not far off the average wage of the lowest paid unionised production worker.

As discussed in some detail in a previous article, (see SA Forestry magazine, October 2012), concerns have long been raised by organised labour and others about the dualism in wages and working conditions created through labour outsourcing. The labour law amendment bills, due to be passed into law this year, include provisions aimed at reducing the differentials.

Rates adjustments
For the purposes of this article, I called a small number of contractors and company executives to find out if contracting rates had been adjusted to compensate for the wage increases. As all in the industry know, the rates for contracting are based on precise specifications of time and cost in which nothing is left to chance. The spreadsheets used to arrive at person--day rates for silviculture, and cubic metre rates for harvesting work, are the bible of labour outsourcing. The reality is that companies, not contractors, control the figures that go into the spreadsheets, in order to keep costs to the absolute minimum. It is no surprise therefore, that the wage levels included in the rate calculations are set at the statutory minimum. So, I wanted to know, were the spreadsheets re-populated in order to come up with adjusted rates when the new minimum wage came into effect?

Perhaps unsurprisingly, the picture to emerge from the information gathered is a varied one. It is also incomplete and partial, as a result of my limited sample. Yes, companies have, without exception, adjusted their rates to take account of the new minimum. Some, for example Sappi, have gone a step further, and are basing their rates on the 2013 farm worker minimum, rather than wait a year until parity between the sectors will be legally enforced.

Speaking to contractors, however, it is clear that there are still some concerns about the adjusted rates. A particular concern is that some companies have increased the rate of the basic wage but have not adjusted for the knock-on statutory costs associated with wage increases, the increase in UIF, and leave pay in particular. This leaves contractors having to pay these increased costs out of their already slim profit margins.

Other companies have got it right, according to the contractors I spoke to. Those such as Mondi that make use of a transparent costing approach, gave contractors the opportunity to revisit rates spreadsheets together with company managers, and argue the point, if need be. Others requested their contractors give them adjusted rates well in advance of the introduction of the new minimum wage, and used these as the basis for later negotiations when the new wages came into effect. These experiences highlight the importance of trust between companies and contractors in arriving at fair and acceptable contracting rates.

Workers and the new wages
What have forestry workers to say about the new minimum wages? During a recent FSC audit, I found reactions to be surprisingly muted. Perhaps it was the lack of time and other constraints imposed by the audit format. Or perhaps it is a case of too little too late.

In a previous article (SA Forestry magazine February 2013), I reported on the gap between producer affordability and workers' income needs in farming, and by extension, in forestry. Many forestry workers, in common with other low wage earners, are forced to seek loans. Wages, even at the new levels, may still be insufficient to meet basic household needs. This creates an ideal environment for mashonisa, or loan sharks. High interest rate loans ensnare borrowers in an ever-thickening web of debt. It is possible that for some workers at least, even these substantial wage increases are not enough to rescue them from indebtedness and keep them out of incurring debt in future.

It has only recently come to my attention that some (a minority) forestry contractors who are working for large companies, are practising mashonisa. Since then, I have made a special effort to check for this during FSC audits. Recently, I was discussing the problem with KLF Human Capital Practitioner, Obert Mashabane. I discovered that KLF's HC team had also identified this among some contractors and taken steps to eradicate it through adopting a zero tolerance approach. Their ruling is that no contractor may lend money to their workers because they are not registered to do so (see box). A salary advance may be given to workers, but no interest may be charged. KLF's HC practitioners carry out an annual comprehensive legal compliance audit of all contractors. The audit exceeds those of other companies as it includes payslip and timesheet reconciliations as well as interviews with workers over and above the usual checks of employment contracts and payroll. This enables detection of this and other on-going illegal practices, including paying workers according to task without the guarantee of a minimum wage.

Conclusion
It is still too early to assess the full impact of the new minimum wage levels on key factors such as company bottom line, employment strategies, productivity and worker welfare. It is clear, however, that most employers have made the transition, and the new wages are in effect. Contracting rates have been adjusted to enable contractors to pay at the new wage level, although some dissatisfaction still exists where company-contractor relationships remain strained. The new wage level has effectively done away with the dualism in wages created through labour outsourcing in the sector. For the forest worker already burdened with debt and high inflation however, the increase may still not be enough to meet basic needs. This has to be kept in mind by employers considering measures to claw back statutory wage increases by charging workers more for rental or other services, or by doing away with benefits.

Acknowledgements
I would like to thank those for the purposes of this article. As some expressly asked to remain anonymous, I have only named those who gave me permission to do so.

*Banks are the official channels for loaning money. If a business that is not a bank wants to loan money and charge interest on those loans, they have to register with the Microfinance Regulatory Council (MFRC) to be accredited and officially allowed to ‘conduct the business of a bank‘. As registered micro-financiers, they must abide by the Usury Act that regulates the amount that can be loaned and the interest rates that can be charged.  http://www.mfrc.co.za/

**Jeanette has worked for over 25 years in South Africa and the southern African region, with a focus on the developmental role that forestry and forests can play in poverty reduction and livelihood security. Email: forests@mweb.co.za