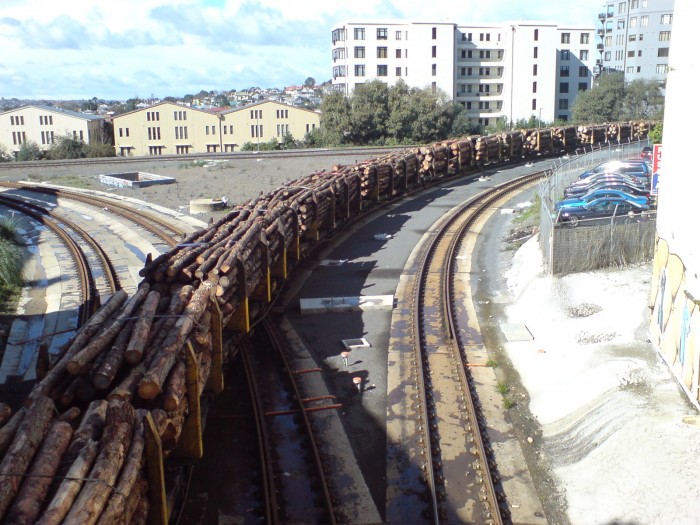 Forestry South Africa has been engaging with Transnet Freight Rail for several years in an effort to urge the parastatal to reduce the rapidly rising costs of moving timber by rail, and to improve deteriorating service levels. This is in a bid to halt the migration of timber from rail to road, which is a more costly transport option.

Last year, Transnet Freight Rail revealed its intentions by calling for expressions of interest from the private sector into the operation of certain branch lines.

Now Mondi, Sappi and NCT have joined forces to find an operations partner with the right credentials and experience, and to come up with a viable business plan for the operation of two routes: Greytown via Pietermaritzburg, and Creighton/Harding via Pietermaritzburg to the Durban, Richards Bay and Umkomaas mills.

According to NCT Commercial Manager, James van Zyl, they are talking to an international and a local company with freight rail experience as possible partners.

Volumes and distance
However, the key issues which will affect the viability of the proposed freight rail operating business are the volumes of timber to be transported by rail, and the distance to the mills.
Apparently, Transnet wants to retain control over the main lines, which would mean that the private freight rail operator would have to hand over the freight to Transnet at Pietermaritzburg for the last leg of the journey to the mills.

James says this doesn't make sense. To unlock the efficiencies necessary to make it a viable business, he maintains that you would need to handle the freight for the whole journey – not for just 30% of it.

"That's where the value lies. You can't make a good business case for just a third of the journey," he said.

Another concern is that Transnet may grant the concession to an 'emerging' entrepreneur with no timber freight of his own. This would not make good business sense, according to James.
"We will back our own private operator with our volumes. Sappi, Mondi and NCT account for about 97% of the timber travelling those routes, so it makes sense that they're the major players."

The 'coal line' to Richards Bay, which still carries timber, is a main line and is not part of the discussions.

According to James, Transnet has agreed not to increase their timber freight tariffs this year pending the outcome of the negotiations around the outsourcing of branch lines. James says that a similar process is taking place in the grain industry, and that it is likely that their concessions may be granted first – hopefully this year – paving the way for the timber industry concessions to follow, before the next tariff increases are due in April 2012.

Enough timber for private operators
In the meantime, efforts are being made to retain the volumes that are currently transported by rail to ensure there's still enough timber for the private operator when and if it happens, says James. For every 1% tariff increase above inflation, James estimates that 35 000 tons of timber per annum switches from rail to road.

"These huge tariff increases have chased a lot of timber off rail over the past few years. Once we have an operator in place, we will be part of the tariff making process," he said.
There is currently over 500 000 tonnes of timber a year being transported to the mills on the KwaZulu-Natal Midlands lines that are under discussion.

Drop in volume of timber by 40%
The FSA research shows that between 2001 and 2010, rail tariffs increased by 191% compared to road tariff increases over the same period of 85%. As a consequence of the price increases and declining service levels, the volume of timber transported by rail to mills in Richards Bay, Durban, Tugela, Ngodwana and Springs dropped by 40% between 2005 and 2010.
"Although not official policy, it would appear that everything is being done to deter timber growers from using rail," stated the FSA in its submission to TFR.

"Going the road route is not an option. We have to ensure that the rail network serving the industry is preserved. We would like to see a major reversal in the move away from rail and to be able to commit significant additional volume to rail," stated FSA.