Home » Can forestry weather the storm?

Can forestry weather the storm? 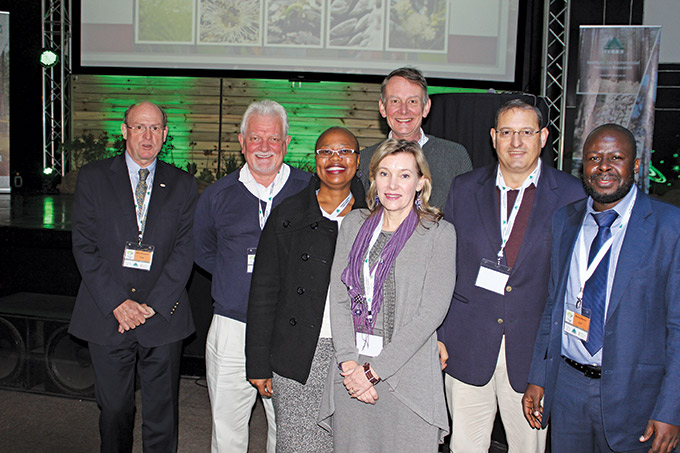 Presenters at the 7th Forest Science Symposium, held in Pietermaritzburg recently, provided participants with a lot to think about.

On the one hand, the depth and breadth of presentations showed that there is much work going on across southern Africa to make forestry stakeholders optimistic abut the future. Researchers are gaining a better understanding of soil, nutrient and water cycles, fertilization, site species matching, the impacts of different silvicultural practices on growth and yield, wood quality etc etc. The production of bioenergy and new biomaterials – in addition to traditional wood, pulp and paper products - opens up new markets and will enable growers and processors to extract more value from their trees. Tree breeding is getting more refined, efficient and precise, producing faster growing, straighter and better adapted trees every few years. Meanwhile advances being made in tree genetics are taking all of this to another level.

On the other hand, the climate change predictions, compounded by those old foes of forestry - fire and pests and diseases – provide a strong signal that the future sustainability of the forestry sector in southern Africa is going to come under severe strain.

No, that is understating it. It will become a struggle for survival. Every ounce of knowledge gained over all these years of excellent research and development will be needed to weather the storm (pardon the pun).

The reality check was provided by Francois Engelbrecht of the CSIR, in a paper entitled: Future climate change over Africa and the potential implications for the forestry sector. Prof Engelbrecht is a Chief Researcher at the CSIR and leads the Climate Studies, Modelling and Environmental Health Research group.

By the way, according to the Prof, climate change signals are classified as …

• Plausible (given the evidence, it is reasonable to believe this scenario is probable)
• Defensible
• Actionable (robust) – (there is sufficient evidence to take action)

He says that the temperature signal is regarded as ‘actionable’.

He outlined the possible impacts of climate change over southern Africa and the potential implications for the forestry sector:-

Temperatures have been increasing drastically over the southern African interior regions over the past five decades, at a rate of around 2 degrees C per century.

A robust pattern of drastic temperature rise is projected for southern Africa under the low mitigation scenarios – and the region is likely to become generally drier.

Drastic increases in the number of high fire-danger days, very hot days and heat-wave days are projected to occur across the African continent under low mitigation scenarios.

Significant decreases projected (and already detectable) for the number of cold nights and frost days.

If you think Prof Engelbrecht is over-stating the looming climate crisis, consider this:
• Very dry winter of 2016 in the south western Cape was followed by an exceptionally hot and dry autumn in 2017 … devastating wildfires broke out along the southern Cape coast around Knysna in June 2017.
• 2015 was the warmest year ever recorded globally (+1 degree C).
• The summer of 2015/16 was the warmest ever recorded over southern Africa (+2 degrees C).

She said global-scale collapse is ‘plausible’. The collapses occurred in the past even though people could see it coming, but they could not make the changes necessary to avert it (sounds familiar)!

By 2030:
• Ensure the conservation of mountain ecosystems and their biodiversity.

Pest positive
Not only are there more new pests and diseases affecting forestry than ever before, said IUFRO President and Fabi Director, Mike Wingfield, but the environment is becoming increasingly “pest positive”. He says there is growing evidence that target pests are becoming resistant to biological controls.

This is not good news. To compound the problem, we are not spending enough on research to stay ahead of the pest curve.

A case in point: thousands of tree cuttings (clones) are currently being imported into Mozambique from South America. Mike said that new pest and disease problems will inevitably come from this source.

He also said during a panel discussion on the importance of gene conservation for forestry, that the future survival of the iconic Eucalyptus grandis, a species that has played a key role in the development of Eucalyptus forestry and the pulp and paper industry in South Africa, is at risk.

“We could lose E. grandis because of the threat it is under from pests and diseases,” said Mike.

He said that it is not enough simply to conserve the species’ genes in a gene bank. You need to conserve the whole ecosystem. This includes the fungi that live inside the tree (there are 1 700 species of fungi living in a Eucalyptus tree), and the native pests that bio-control the pests that are attacking it.

Sappi’s Environmental Manager, Dave Everard, made the point that it may be better to put our efforts into conserving natural ecosystems, rather than trying to conserve the genes of individual tree species.

Mike replied that conservation of natural ecosystems would be first prize, but these ecosystems could be under threat from climate change.

This discussion was fascinating, if a little unnerving, and raised an old scientific cliché that the more we know about things, the more we realize how much more there is to know about them.

Turning knowledge into increasing MAIs
On a more positive note, a study by Acting Director of the ICFR, Andrew Morris, showed that the MAI of Eucalyptus species grown in SA over the past two decades is trending upwards.

This is encouraging and is what one would expect, given the extent and scope of research and development that has been devoted to the growing of Eucalyptus.

However there is a catch: Andrew said that records from Sappi show a steep increase in Eucalyptus MAI, but the national MAI statistics, excluding Sappi, are flat.

Similarly, the national stats for pine and wattle also show no MAI increase. (This may be partially explained by the fact that research into wattle and pine started many years earlier and resulted in a significant increase in MAI that occurred before the current study period.)

In any event, Andrew said that this showed that there are huge opportunities for growers to utilize research to increase MAIs and improve productivity in the forestry sector.

These activities provided a conducive platform for discussion, interaction and sharing of ideas.

The following prizes were awarded for the best papers, posters and speed talks: 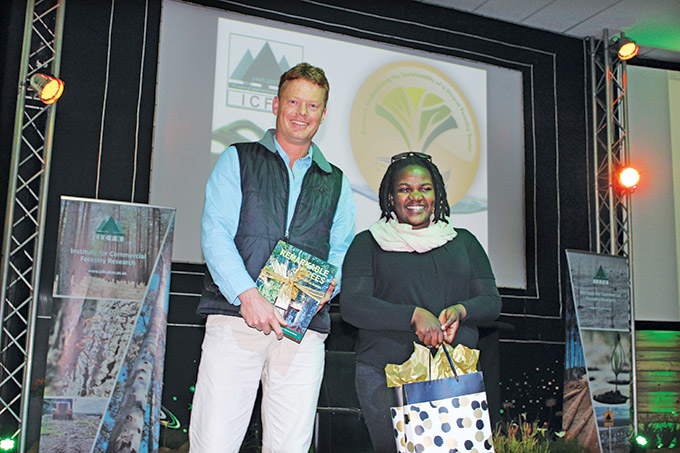 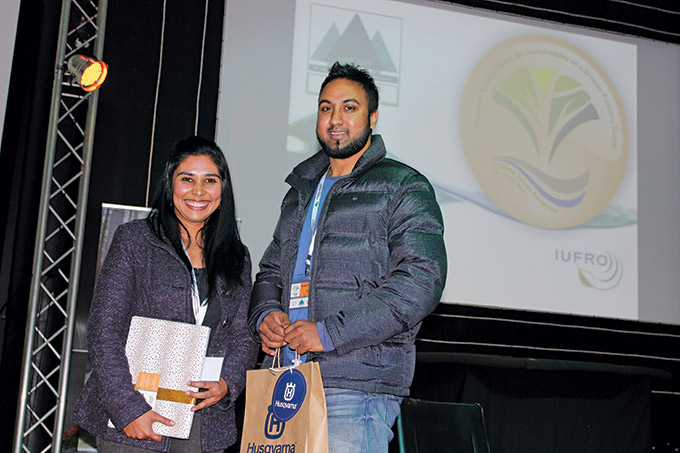 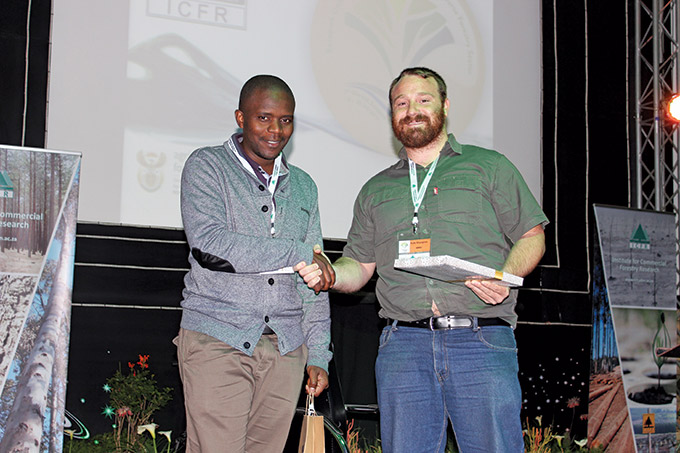