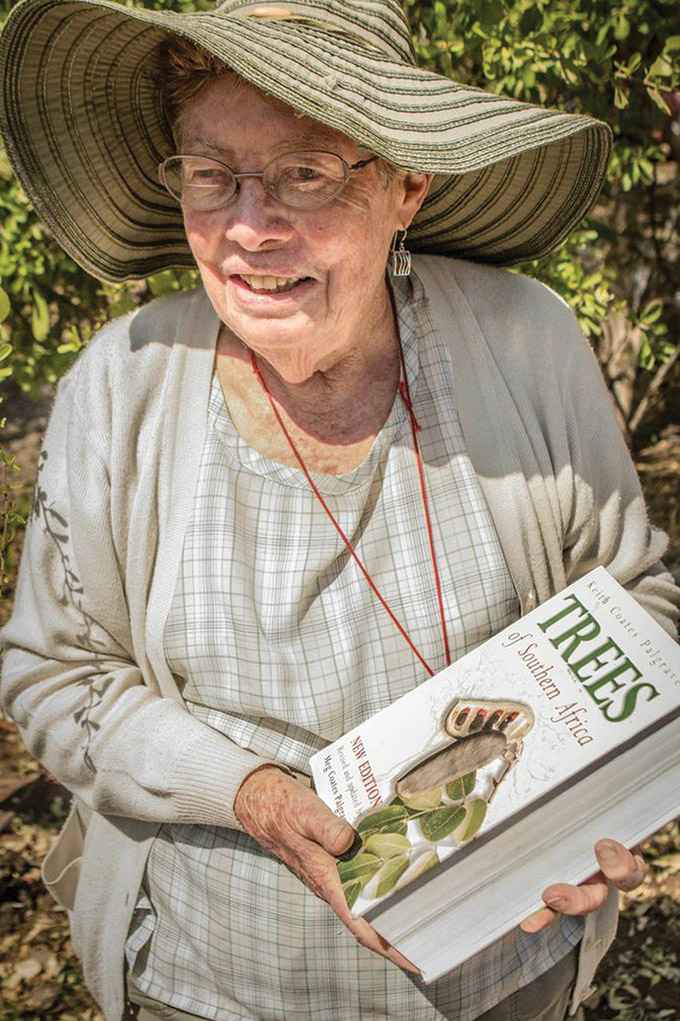 Since its inception in 2011, Greenpop has planted  15 000 trees in the region hard hit by deforestation.

Meg is one of the facilitators at the event. As the conductor of Know Your Trees courses for over 20 years she empowers the volunteers with her encyclopaedic knowledge of the trees of the region, and educates participants on how to identify indigenous trees in the field, through labels highlighted in her book, ‘Key to Some Trees of Victoria Falls and Livingstone’.

The user-friendly key is a fun way for people to identify the indigenous trees of the area, and adds another dimension to being in the bush.

According to Meg: “All plants have their own individual scientific name, which is unique, but those are sometimes difficult to say and remember so trees have been given common names. If a tree has a name, it has an identity. If it has an identity, it means something. Once it means something people will take it more seriously and be keener on conserving and preserving it. Trees are just like people, they don’t like being put in little boxes. Learning to identify trees with the key is fun.”

Meg is a pioneer of Farmer Managed Natural Regeneration (FMNR), a land-restoration technique that increases food and timber production, climate change adaptation and restores lands to productivity. She believes regeneration of coppice growth and root-shoots to be the most effective technique for conservation in natural areas. The tree already has an established root system with the essential fungus. The fastest growth is in the first 17 years.

Meg said: “On one occasion when I first started realising all this I took the tree society out to a farm where they had been growing tobacco on the Zimbabwe woodland 22 years previously. The farmer had realised it was not tobacco country and had just left it. There were now shoots coming up from the roots of trees that were still viable underground. It was amazing.”

Meg started the Cheringoma Herbarium in the Catapu forestry concession in Sofala Province, central Mozambique. The concession belongs to TCT Dalmann furniture manufacturers. The sustainable and responsible management and use of resources on the concession is a good example of the timber industry working hand in hand with conservationists.

“There is no wastage. They use GPS to mark the trees before they start. They cut the trees in such a way that they fall exactly where planned. There is no big machinery. Logs are dragged by tractor to the saw-mill. Logs are cut to specific orders, and from the off-cuts they make beehives and wooden log cabins. The final waste generated is used for firewood. There are a lot of old logs lying in the forest from Portuguese colonial times which they use in a thriving ornaments and turning section where they teach carpentry. To fix the drag-lines they go back and scuff the edges into the centre with a hoe, then they are driven over with a multidisc harrow and then seed is chucked into them. They grow 5 000 to  10 000 seedlings a year in seedbeds and plastic bags, and they plant those out as well.

“But the most exciting thing is they go back and manage the regrowth. They cut it to where there are two or three shoots left. And then they come back each year and manage that regrowth so they are left with one or two straight logs. They reckon that they will have cuttable log in 60 years.

Meg works with the local community in Livingstone to promote FMNR. Together with Greenpop, she will be returning to Zambia for a larger stakeholder meeting and further workshops to extend this concept and build awareness in more communities. 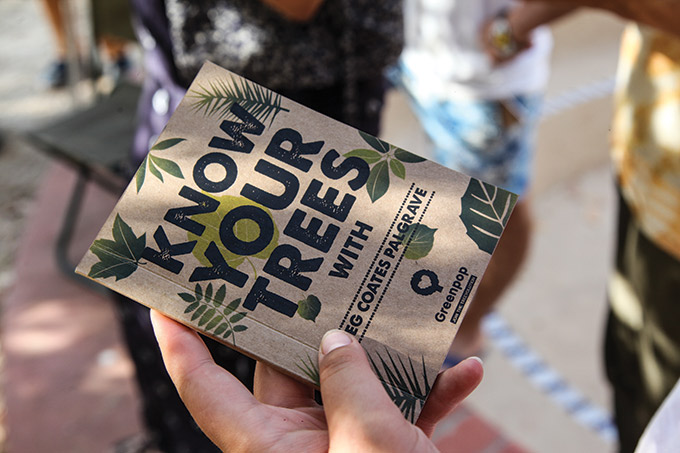