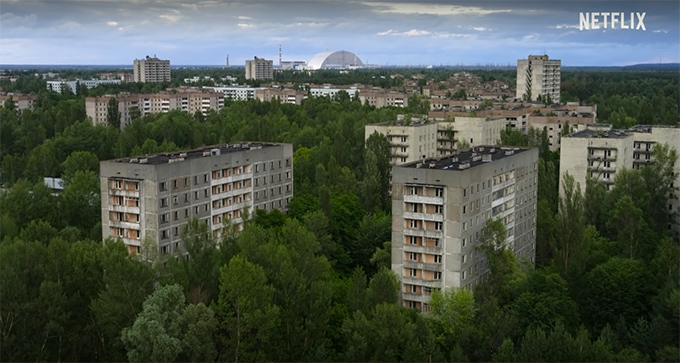 Take some time over the long weekend to enjoy this incredible documentary, Forests by Our Planet, which takes the audience on a spectacular journey to some of the world’s most unique, resilient and magical forests.

After centuries of clearing forest, find out from Sir David Attenborough why we could soon have more forest than any of us have ever known. The film examines the fragile interdependence that exists between humans, forests and the wide variety of forest residents, including bald eagles, hunting dogs and Siberian tigers...

The documentary takes a sweeping view of some of the most spectacular and threatened forests of the world – from the boreal forest of the far north to the great redwood forests of the Pacific north-west, the Miombo – Africa’s largest forest, and the resilient forests of Chernobyl, where the absence of humans is returning a city to wilderness.

The Chernobyl case study is particularly fascinating in light of current global health threat being posed by the COVID-19 pandemic.

The Chernobyl nuclear disaster of 1986 was one of the planets greatest environmental catastrophes. 100 000 people were evacuated and the area declared uninhabitable for the next 20 000 years. But 35 years later the environment has made a miraculous recovery - tress grow among the buildings, animals roam the streets where cars and people once dominated… nature has reclaimed the entire landscape in a place uninhabitable by humans.

According to The Guardian, a nature reserve recently created on the Belorussian side of the Chernobyl exclusion zone claims to be “Europe’s largest experiment in re-wilding”. Some species are more successful within the Chernobyl Exclusion Zone than outside of it. Wolves are seven times more abundant in the region than in neighbouring, non-radioactive areas. Moose, roe deer, red deer, and wild boar are thriving and the Przewalski’s horse—an endangered wild species that originated in Mongolia is thriving.