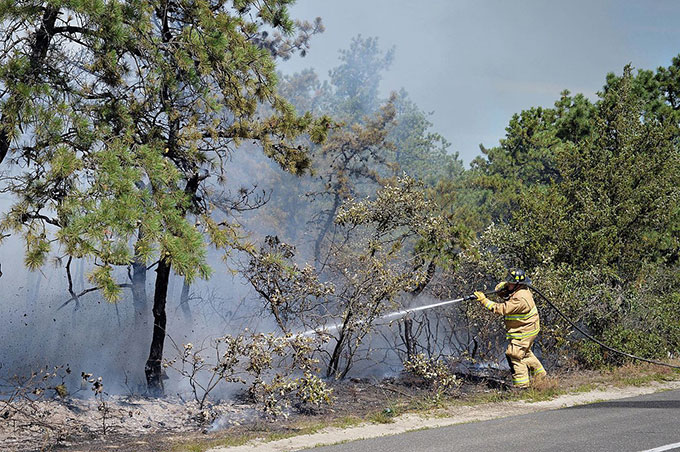 Give your plastic delivery hose to the gardener and go and buy a rubber one that won't melt at the first whiff of fire! Image © Sgt. Christopher S Muncy / Wikimedia Commons.

SOUTH AFRICANS are inventors. We have come up with some really clever ideas that the whole world benefits from. Some of the wonders that local ingenuity has brought us are Pratley's glue, (used in man's first landing on the moon), the Kreepy Krauly, Q20, and a tool that the cavemen would have loved – a Cyber Tracker for those who can't read, to communicate to others what they are seeing.

The Zulus were called ‘the Greatest Warrior Nation on Earth’ thanks to uShaka's invention of the ‘isijulu’, the short stabbing spear which replaced the ones they used to throw at the enemy, thus effectively disarming themselves. The invention enabled the building of an empire extending over most of KwaZulu-Natal.

The first demonstration of this national gift of ingenuity, however, quite literally changed the world: Out in the veld northwest of Jo'burg is the ‘Cradle of Humankind’, a World Heritage Site with the greatest concentration of fossil remains of Early Man. And it is here in a cave at Swartkrans that evidence of the first controlled use of fire as a tool was found – from 400 000 years ago!

The impact of this discovery on history needs no comment.

Four hundred thousand years on (give or take a century or two) brings us to the 2018 fire season, the pre-historic tool as modern now as it was then.

Controlled fire protects our forests just as, out of control, it has the power to destroy them. If you haven't burnt the traces you sprayed, it's time to start getting anxious.

But 'The mechanic that would perfect his work must first sharpen his tools,' said Confucius – preferably prior to the fire season.

A little question before the technical stuff: “Have you, as a manager, used all the tools and equipment you provide to your workers?” 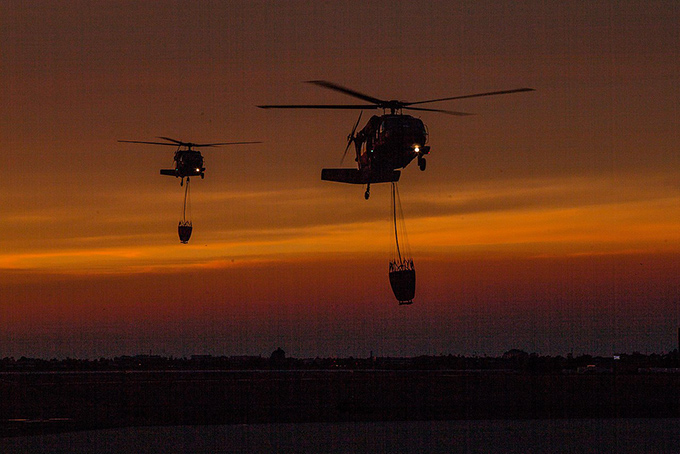 The beater: Tools don't get much more basic than this, but it's a vital one. It needs a sound, strong handle, with flails in good repair, securely bolted on. If the handle is too short, the worker can't approach the flames.

The knapsack: At first glance it's just a tank with a pump and straps, but it is actually quite technical. Be prepared to pay a bit extra for a quality unit with a lance with a pistol grip. The straps are a critical component. They should be of good quality, with webbing thick enough not to roll into a thin cord, and good shoulder pads. Check the strap hook and adjusting buckle; the tank must fit snugly on the user's back. The lance shaft has 'O' rings on a little piston, and a steel ball and spring for the double action. Dirt in here disables it; make sure the tank sieve is in place. The lance must move freely, spraying on both forward and reverse strokes. The nozzle must adjust from jet to fog, the delivery pipe be properly clamped and un-perished. Bear in mind that these units get water to the fire when the hoses no longer reach.

The user of this highly mobile tool is carrying at least 16 kg of water, often for hours at a time, sometimes at a run, up and down hills, over and through brush, all the while operating the lance and being seared by flame. He's in the front line. If you've saved a few Rands on a cheap knapsack, spare a thought for him: sub-standard straps, rolled into a thin string, are cutting into his shoulders like a blunt knife. They are no longer adjustable, so sixteen kilos bouncing on his back are chafing him; his clothes are saturated from the leaking delivery pipe, and the lance with no grips has cramped his hands ... The queue of eager workers jostling for this job tends to be fairly short!

Lastly, treat the knapsack gently. Secure it well on the transport to protect the lance. I know of several that are still in service after 22 years … at today's prices, less than 50 bucks a season! 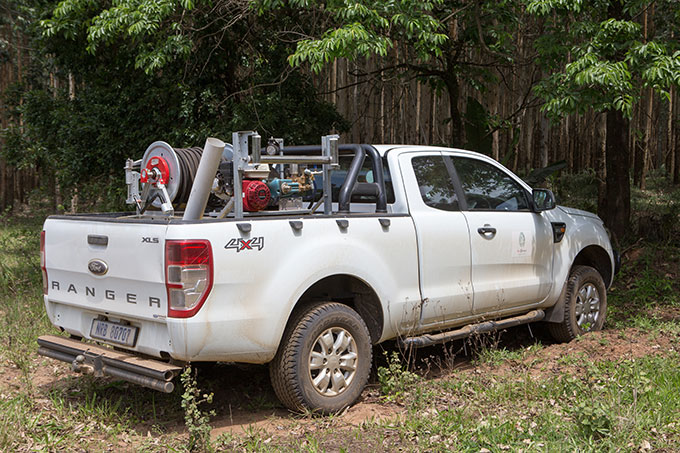 A bit more complex is the Bakkie Sakkie, but here's a check-list:

Pump, hoses, couplings, reel and nozzle, tank: Look for perished or damaged hoses. Renew all the Geka coupling rubbers and the “O” rings on the waterway (the shaft in the centre of the reel). If the unit has not been used in the summer, these will very shortly start to leak. Replace the waterway if new “O” rings still leak. Make sure all the taps open and shut. A common problem is the grommet where the suction pipe enters the tank. It comes adrift or wears, spilling a surprising amount of water, especially on a slope. I tie a cut-off plastic two-litre bottle inside the tank lid, for priming the pump if necessary.

If there's a plastic delivery hose anywhere in sight, give it to the gardener and go and buy a rubber one that can't melt at the first whiff of fire. Thirty metres of hose is the minimum requirement. Fitting a bigger reel allows you to double that with little loss of pressure. Check the hose clamps. The nozzle has to operate from fog to jet, and it needs the fabled full-flow ball cock for the operator to shut it off to conserve water. Fibre-glass tanks are easy and cheap to repair if there are leaks. A light should be fitted on the headboard of the vehicle. It goes without saying that securing this unit of almost a ton on the vehicle is imperative … it can become a 'loose cannon'.

A re-cap of the minimum tools and spares in the vehicle: Pliers that can cut wire, water-pump pliers, shifting spanner, screw-drivers, hammer, rope, torch, some wire, drinking water, First Aid kit, burn blanket, a whole packet of matches, Geka rubbers, “O” rings for the waterway and knapsacks, hose clamps, a range of cable ties, and a roll of duct tape.

And anything else your hereditary ingenuity comes up with. Not everyone can claim a four hundred thousand year reputation!