Aerial ignition the way to go 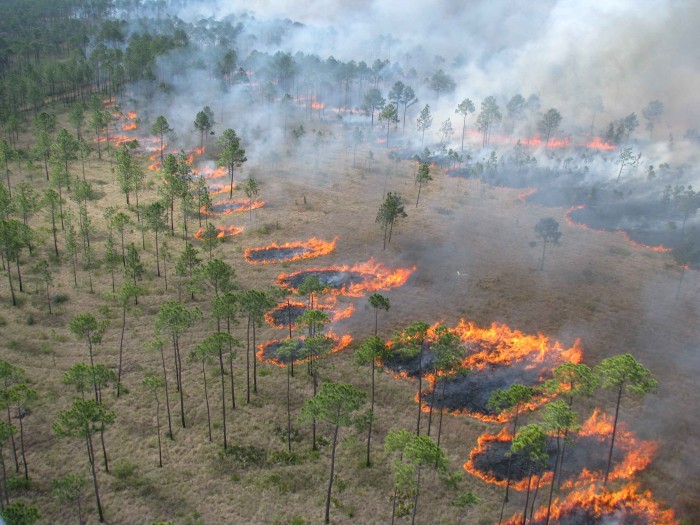 The use of aerial fire ignition for the purposes of prescribed burning under tree canopies was the subject of a SA Institute of Forestry talk held at the Baynesfield Club near Richmond in the KZN midlands recently.

The guest speakers were Mike Cantelo, Fire Co-ordinator for the Department of Environment in Western Australia, and Bob Connoly of Working on Fire. Mike and Bob demonstrated the Raindance Aerial Incendiary Device, which is used to ignite the controlled burns from a helicopter or fixed wing aircraft. This is the same system that is being used by Ben Bothma to do extensive under-canopy controlled burns in KLF's Mpumalanga plantations.

Mike said that they've been doing prescribed burns under tree canopies in western Australia for 20 years as an effective means of reducing the fuel loads. He said that the objective of the burn is to get the fuel load down to around six tons per hectare. To keep the fuel load below this level means burning every three to four years in a pine rotation (every year of growth adds two tons per hectare). A mild, low fire will take off the top 20% to 30% of the profile.

Aerial ignition the way to go "When the fuel load is less than six tons per hectare, a ground crew has a good chance of putting a wildfire out," said Mike. "You should ask your insurance company for a discount if your fuel load has been reduced."

He said that controlled burns do not scorch the trees or damage the ground if done properly. This depends on timing – ideally controlled burns should be done after soaking rains (100 mm or so) on cool, windless days.

"You must get a moisture meter to get accurate measurements. Get familiar with your local conditions and take detailed notes," Mike advised foresters keen to try prescribed burning. Why aerial ignition, what's wrong with the traditional method of ground crews lighting the fires the traditional way? Mike explained that the window of opportunity for controlled, undercanopy burns is very short – there were only eight days available in the Mpumalanga region between November 2008 and March 2009. Using a helicopter with the Raindance system, he said it's possible to burn up to 700 ha per day, way more than is possible using ground crews.

A fixed-wing aircraft can do up to 1 000 ha per day, but is not as accurate as a chopper. Cost is another consideration. Aerial ignition is very cost effective – around R70 to R100 per ha. The rule of thumb is not to burn under pines that are under 12 years of age, although Mike said they had burned successfully under fiveyear-old patula.

The first grower company in South Africa to utilise aerial ignition is KLF. Last season they burned about 5 000 hectares, and plan to do 20 000 ha next season. These burns are strategically located to create buffer zones where a wildfire will slow down to the point where it can be extinguished by ground crews.

Ben Pretorius of Sappi said that they had done controlled burns in the Midlands and in Zululand under four to six-year-old eucalyptus, after clearing around the trunks. Sappi had done about 300 hectares this past season, and it was very successful.

But there was a bit of scorch in the Zululand trials because the bark is thinner, and as a result the mills banned further prescribed under-canopy burns in eucalyptus until they had done more research.

"We know we should be burning to reduce the fuel loads, but the market is telling us not to burn," he said.

Ben also indicated that they are doing mulching trials to see if it's a viable means of re-arranging the fuel load to slow down wildfires.