Sustainable forestry in South Africa has received a massive boost with the awarding of the first Sustainable African Forest Assurance Scheme (SAFAS) certificate in forest management, which was awarded to Sappi Forests in January this year.

The SAFAS certification system is the culmination of years of work behind the scenes by local forestry stakeholders including Forestry South Africa, SAPPI, NCT, TWK and the Department of Environment, Forestry and Fisheries.

It opens the door for certification of small-scale growers as well as private farmers, medium scale growers and corporates to achieve internationally recognised, PEFC endorsed certification of their operations. SAFAS is a practical, versatile system relevant to local conditions that promotes and supports responsible land use and wood production.

“This certification is a landmark in South Africa,” commented Ben Gunneberg, CEO and Secretary General of PEFC International. “At a time when climate smart solutions are so needed, it’s imperative that we expand sustainable forest management practices in all regions of the world.

“What makes PEFC-endorsed national forest certification systems so relevant and valuable is that they are locally developed and owned. They respect the country’s operational and cultural conditions and are accessible to forest owners of all sizes, with a particular emphasis on smallholders,” said Gunneberg.

Commented Sappi Southern Africa CEO, Alex Thiel: “Credible, internationally recognised, robust forest certification systems like PEFC are fundamental to Sappi’s sustainability commitments. This PEFC certification provides an additional and important global certification standard in our assurance to consumers about the responsible origin of the wood we us,” he said. 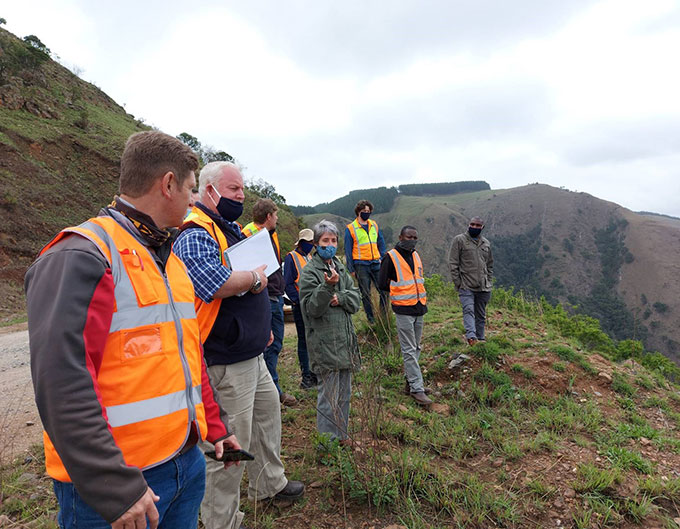 “After all the intense work in collaborating on the development of the SAFAS system and now in implementing it, it’s rewarding to have this achievement for Sappi,” commented Dr David Everard, Divisional Environmental Manager for Sappi Forests. “But the potential of SAFAS in South Africa is that it incorporates cutting-edge, innovative and effective approaches to also make forest certification more accessible to South Africa’s small landowners. This has great promise to ensure that certification not only delivers social and environmental values, but also supports socio-economic and development priorities.”

“The move away from Eurocentric certification systems to a certification system based on locally developed standards, which can be implemented at reduced costs, excites us,” commented Ronald Heath, Research and Protection Director of FSA. “This will offer our medium and small growers the opportunity to be formally certified for the sustainable forest management they practice.”

Sappi has established a Group Certification Scheme which will enable them to roll out SAFAS certification to their timber suppliers, including small-scale growers in their Sappi Khulisa programme.

PEFC also allows for chain of custody (CoC) certification, which tracks forest-based products from source to the final product. Sappi has begun the process of achieving PEFC CoC certification for its manufacturing sites in South Africa, which will bring them in line with their European and North American operations. 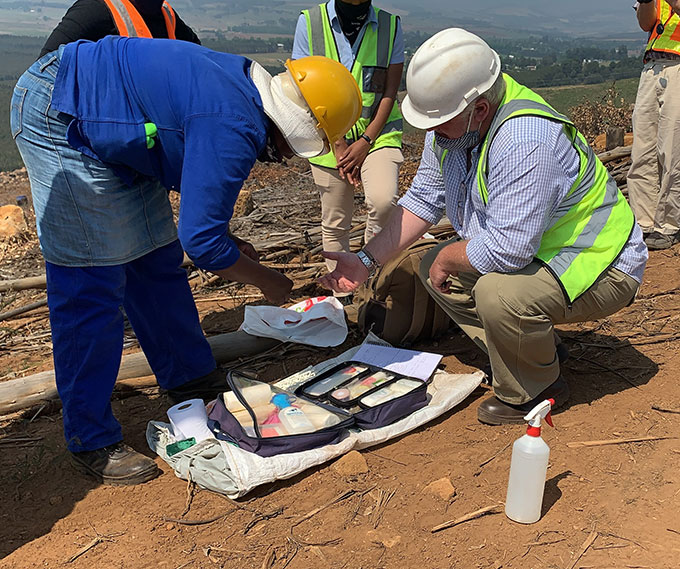 A Sappi forestry contractor being audited on the correct use of first aid kits in-field.

According to SAFAS Director, Steve Germishuizen, NCT is the next forestry organisation in line to be certified by SAFAS/PEFC, and then TWK will follow later in the year. He said that these organisations also plan to establish group schemes so they can facilitate the certification of their wood suppliers, many of whom are small scale and private, family-owned farmers.

Origins of the SAFAS initiative
The SAFAS initiative dates back to 2015 when the Environmental Committee of Forestry South Africa tasked a steering committee comprising representatives from Sappi, NCT, TWK and the Department of Environment, Forestry and Fisheries to develop a certification system that could be endorsed by PEFC.

The initiative received support from the SANBI Biodiversity and Land-Use Project (BLU) which has funded and supported the project from its inception. The SANBI-BLU project is funded by the Global Environmental Finance Unit of the United Nations Development Programme.

The aim of the initiative from the outset was to provide plantation owners with another certification option besides FSC, which was already well established in South Africa.

The committee developed a Forest Management Standard, including certification requirements and a certification tool in 2018 to assess plantations based on factors including environmental, social and economic conditions specific to South Africa. 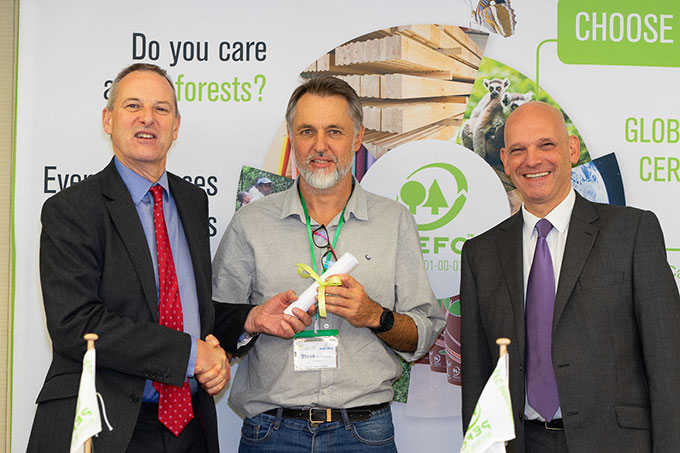 When the Coronavirus hit in 2020, the process was delayed as certification bodies needed accreditation to undertake assessments. But these bodies were situated in the UK and travel to South Africa was banned.

However a solution was found and the accreditation process went digital. In yet another world-first, the South African Bureau of Standards conducted the audits locally while being live streamed to the UK where the Soil Association observed proceedings, witnessed by the United Kingdom Assurance Scheme.