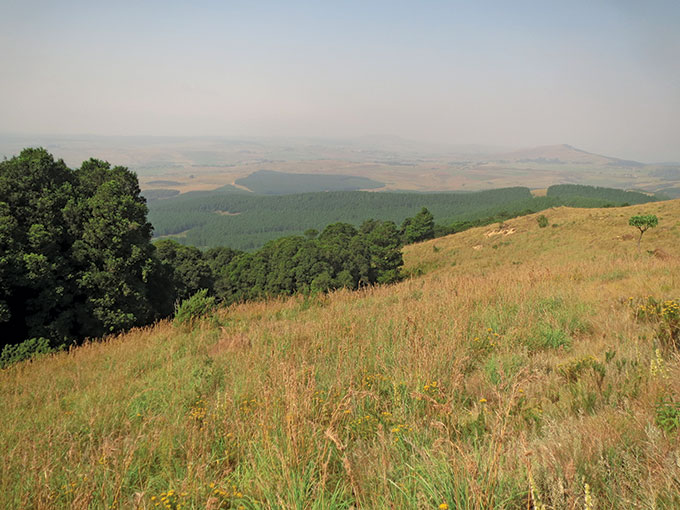 The landscape matrix can be as important as forest patch size for the conservation of specialist bird species.

The value of indigenous forests is thoroughly entrenched in South Africa’s legal framework and economy, as well as culture, which is evident in how people spend their spare time. For example, they read forest literature (e.g. Circles in a Forest by Dalene Matthee), and they do hiking trails that wind through indigenous forests. More recently, people noted how indigenous forests (but not alien trees) impeded the spread of the 2017 Knysna fire. Because of this value that indigenous forests hold, they are reasonably well protected inside as well as outside formally protected areas.

The indigenous forest biome is the most scattered biome in South Africa, with most patches <10 ha in size. They typically occur in steep gorges where they are protected from raging fires, and where the terrain impeded historical timber extraction.

The paleoclimate also had a role to play, as forests were much more widespread  ~40 000 years ago. The paleoclimate changes in cycles of ~100 000 years due to expansion and contraction of ice sheets at greater latitudes. It is not to be confused with shorter-term El Nino / La Nino cycles of 2-7 years, which we experience several times during our lives. The 2014-2016 drought was caused by an El Nino event.

So the remnant forest patches that we see today are truly relics from the past.

The relic status, small size and large distances between different forest patches renders them susceptible to the simplistic view of human-modified landscapes expressed in the Island Biogeography Theory (IBT), i.e. islands occurring within an inhospitable ‘sea’ that do not allow habitation of ‘island’ species. This view is strengthened by the high visual contrast existing between indigenous forest patches and their natural surrounding grassland matrix. What follows is that we (literally on maps, or conceptually in our understanding) draw lines around forest patches, and think that everything to do with forest conservation happens inside these forest patches.

The danger of this argument is that we tend to ignore non-forest habitat in the larger landscape. The conservation of indigenous forests into the future can only succeed if forest and non-forest vegetation in the landscape are considered together.

The role of forest patch size and isolation
Individual forest patches need one another to maintain healthy populations of forest-dwelling birds and mammals, as these animals do not necessarily use the same patch for all their habitat requirements. They move around in search of optimal conditions for different parts of their life cycles. The gene flow that occurs as a result of this movement help to stem inbreeding depression, and to maintain genetically healthy populations. This applies to solitary species (e.g. Blue Duiker and Tree Hyrax) that are more sensitive to isolation of forest patches, because of their greater need to move around. But it also applies to social species (e.g. Samango Monkey) that are more sensitive to forest patch size due to their larger home ranges (Lawes et al. 2000). Looking at this study, and others, a scenario of larger forest patches spaced <500 m apart (as in an island archipelago) emerges as more valuable for conservation than smaller or more isolated patches.

Natural vs. anthropogenic landscape matrix
It is certainly true that much of forest conservation happens inside forest patches, but forest conservation also depends on the type of land use (natural vs. anthropogenic) in the surrounding landscape matrix. This is best illustrated by a study that compared bird assemblages in coastal forest patches of South Africa (anthropogenic matrix) vs. Mozambique (natural matrix) (Freeman et al. 2018). The authors found greater specialist bird species richness in larger than in smaller forest patches, IF those patches were surrounded by anthropogenic land uses (e.g. agriculture, forestry or human settlements). So there is evidence pointing to the greater value of larger forest patches in human-dominated landscapes, which ties in with the previous point regarding forest patch size and isolation. 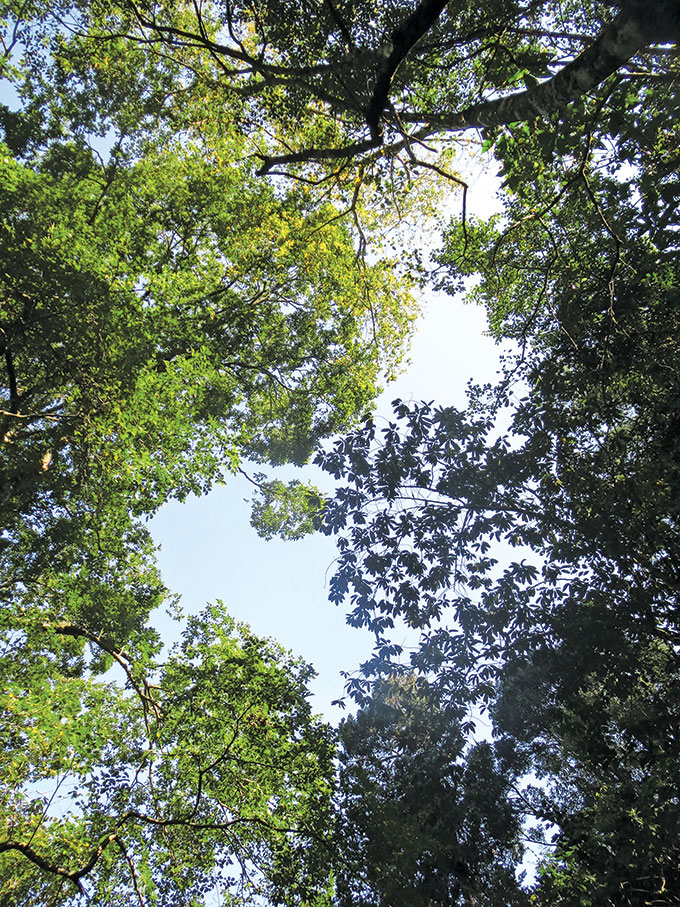 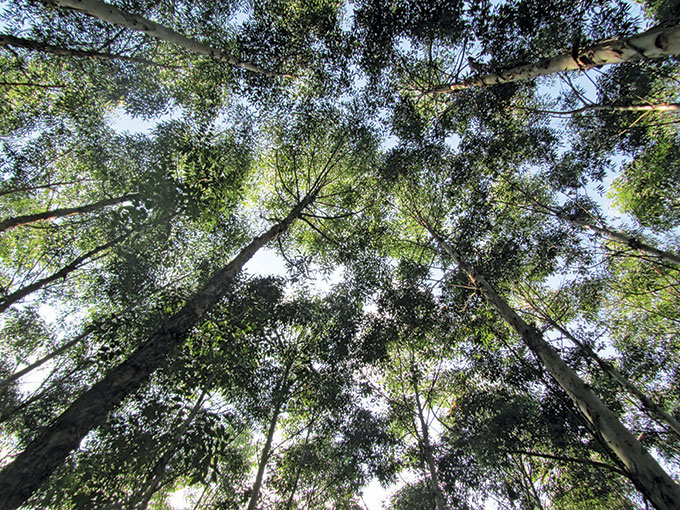 A similar message emerges for smaller and more sensitive forest-dwelling arthropods, i.e. forest patches surrounded by natural grassland were more species-rich than forest patches surrounded by pine compartments (Yekwayo et al. 2016). This ties in with the previous point regarding landscape matrix, but emphasize the specific role of timber compartments.

Can timber compartments help conserve forest biota?
It is not possible to maintain a forest-grassland mosaic everywhere. So it is necessary and useful to consider the best ways to integrate commercial timber production and forest conservation. Timber compartments are not devoid of indigenous biodiversity, as they provide cool and shady conditions for establishment of indigenous trees and shrubs (Geldenhuys 1997), which often lead to the expansion of forest patches beyond their historical borders. This is especially the case for sawlog timber, with longer harvesting rotations. Timber compartments also provide habitat for certain arthropods (Yekwayo et al. 2017), and facilitate the dispersal of birds among indigenous forest patches (Wethered and Lawes 2003). So they can make a real contribution to forest conservation efforts, but mainly for generalist species that can tolerate a wider range of habitats than specialist species.

Please do not confuse the following paragraph with the earlier example of specialist forest-dwelling birds that always benefited from a natural vegetation matrix (discussed underneath the heading: ‘Natural vs. anthropogenic landscape matrix’).

Future research
We have shown that forest patches are not islands, but that they are influenced by the surrounding landscape matrix. In a next step, students are investigating whether 1) indigenous forest patches serve as refugia for biota in soil-forming processes in a transformed, timber compartment matrix, and 2) how these biota may influence the same processes in commercial timber compartments.