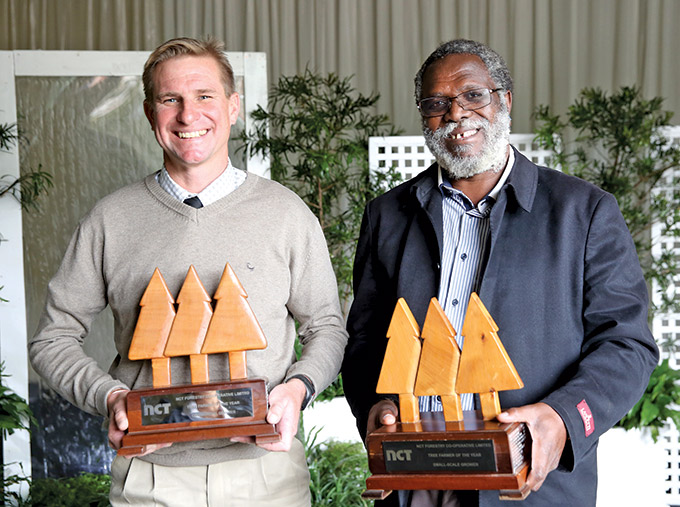 The NCT tree farmers of the year for 2017 are Geoff Wolhuter (commercial farmer) of New Hanover, and Mandla Mvelase (small-scale farmer) of Mandeni. The winning tree farmers were presented with their awards at NCT’s recent AGM.

The tree farmer awards were launched in 2001 to recognise NCT members who display excellence in sustainable forestry practice. Two categories are assessed annually, the first to a member who manages a large commercial farm and the second to a member who is classified as a small-scale timber grower.

Geoff is a sixth generation Wolhuter on the farm, Elandspruit. The patriarch of the family, FM Wolhuter, a carpenter from Pietermaritzburg, bought the farm in 1851. The original size of the farm was 7 000 acres. Portions of the farm were sub-divided and sold off in latter generations to its current 950ha size. 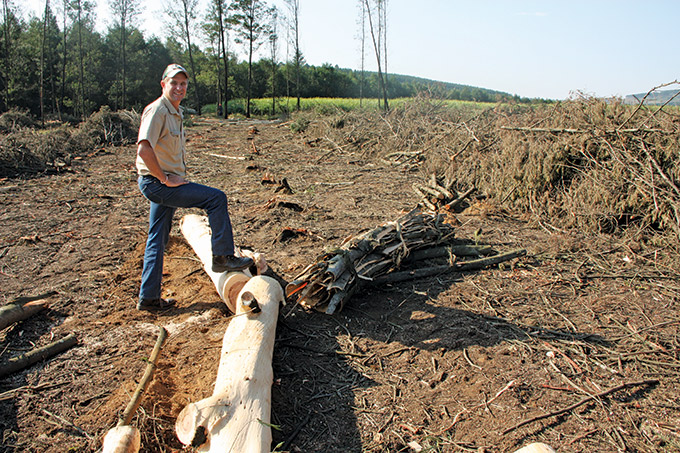 Geoff is a qualified diesel mechanic (and self-taught forester) who spent much of his youth riding motor bikes. He is a four-times South African enduro-motocross champion. In 1999 he returned to the farm to join his father and brother in the family business. In 2006, the management of the farm were split, with Geoff inheriting most of the timber operations and his brother managing the sugar business.

His portion of the farm is 450ha in extent with 220ha wattle, 75ha gum and 10ha pine. He also cultivates 30ha for grain maize and produces vegetables from a further 10ha. A beef herd of some 80 head of cattle is used to graze open areas and reduce biomass on the farm and on neighbouring properties. 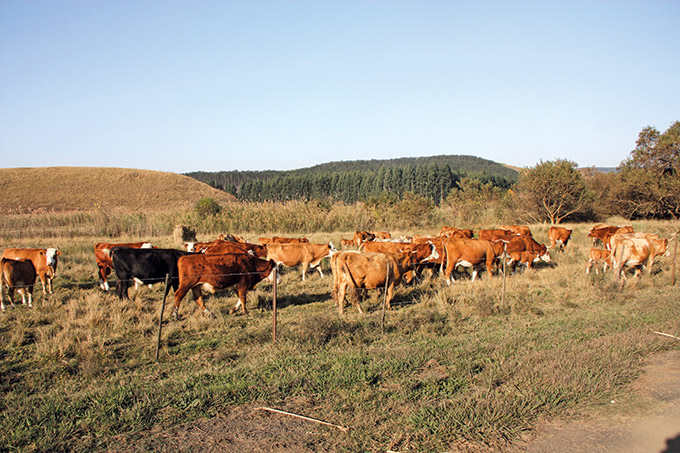 The healthy beef herd grazes on open areas and helps to reduce the fuel load on the farm.

Elandspruit farm has a mix of timber compartments, agricultural activities and conservation areas.
All timber operations on the farm are managed by Geoff using his own equipment and labour. He contracts out some of his harvesting, short-haul and loading capacity. Being a qualified mechanic, he is able to service his own equipment and also renovate discarded machinery from neighbouring farms.

The farm employs 44 people on a full-time basis and takes on a number of sub-contractors for seasonal work. Most of the labour is transported to the farm on a daily basis but some are accommodated in housing during the week. The business has assisted workers with materials and capital to build their own homes in the nearby village. 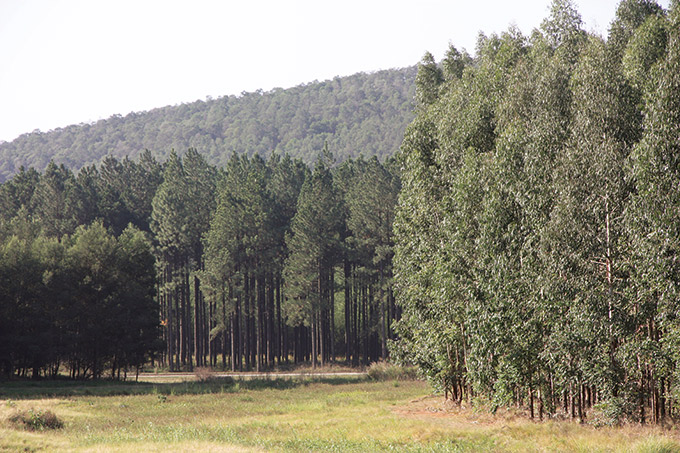 Tree species are matched to site conditions with the wattle being planted on shallower, dryer sites or as strategic fire belts. Gum is planted on deep soils and the pine in frost hollows.

The trees are planted along the contours, which reduces the risk of soil loss, particularly after harvesting and the burning of brush piles.

Thanks to his strong conservation ethic, the farm has a healthy antelope population. This has resulted in an eco-friendly vegetation management system which includes leaving vegetation cover in newly established compartments. Once seedlings are established, a customised spraying rig pulled by a mini Kabota tractor is used. This system provides the additional benefit of soil protection during the first year of tree growth.

A motor manual harvesting system is used to fell and extract timber from the farm. Trees are manually cut and a self-loading tractor-trailer rig is used to haul timber to three loading zones on the farm. 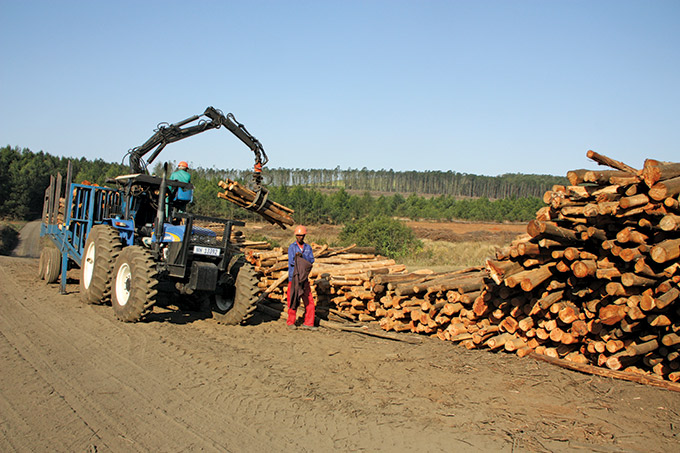 The farm is producing on average 120 tonnes of wattle timber and 22-24 tonnes of bark per hectare on a 10-year rotation.

Gum compartments grow at an average annual increment of 25-30 tonnes on E. dunnii compartments and 20-25 tonnes on E. grandis and clonal hybrid compartments. The farm produces pulp wood for NCT Durban Wood Chips, Sappi Saiccor and Evowood; poles for TTP; saw-timber for a local saw-mill and some black wood for charcoal markets.

Open areas on the farm consist mainly of grasslands, bush and riparian areas. All open areas are in a maintenance phase with very few weeds. In addition to a healthy antelope population, a number of rare species are seen on a regular basis including, oribi, spotted eagle owl, serval and crowned and wattled cranes.

Geoff is the outgoing chairman of the New Hanover Farmers' Association and he has served in the Umshwati agricultural union for six years. He organises and hosts an annual biking event which raises funds for the local school. He also maintains a mountain bike track on his farm for visitors and regularly donates materials to local communities.

Geoff's operation epitomises the farming ethic of many of NCT's members. This includes a sense of community, innovation and a love of the land. Elandspruit farm is a great example of how a balance can be achieved between economic objectives, social stability and environmental sustainability. 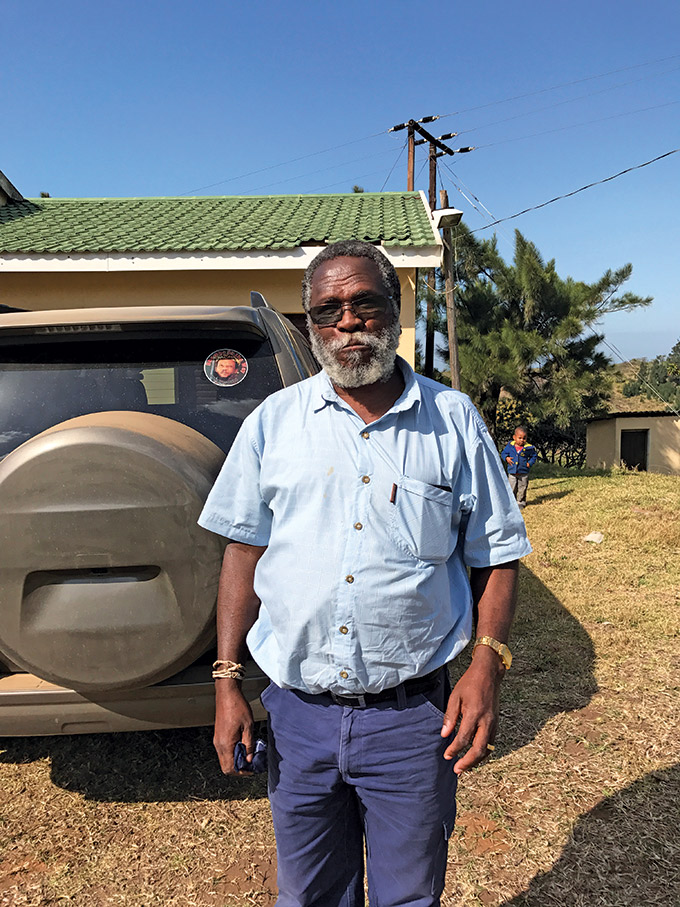 Mandla Enock Mvelasi, a resident of Macambini tribal area, owns and operates 35ha of timber plantations. He is a passionate farmer who always aspired to run his own business. He started out by purchasing a tractor and trailer to haul sugar cane for the community to the local sugar mill at Matikulu. However, forestry was more appealing to him and he purchased an 8-tonne truck to transport timber to local markets.

As his business grew, he purchased standing timber plantations from the local community and later sought permission from the local chief to utilise unused and abandoned land for tree farming. This is how he gradually gained usage rights on 35 ha of land, which is planted to C.henryii and GxU species, and he is still seeking to acquire more land to increase the size of his tree farming enterprise.

Mandla became a member of NCT in 1998 and commends NCT for the service it provides to members and distinguishes NCT from other competitors through its:
• bonus and transparent payment structure
• reliability as a partner
• skills transfer through technical advice, field days and workshops
• assistance with seedlings through Project Regen
• competitive mill delivered price.

"I am where I am because of NCT," he says. "NCT contributed immensely in uplifting my family's standard of living."

Mandla currently employs 35 people for his harvesting operation and eight seasonal employees who assist him during planting operations. 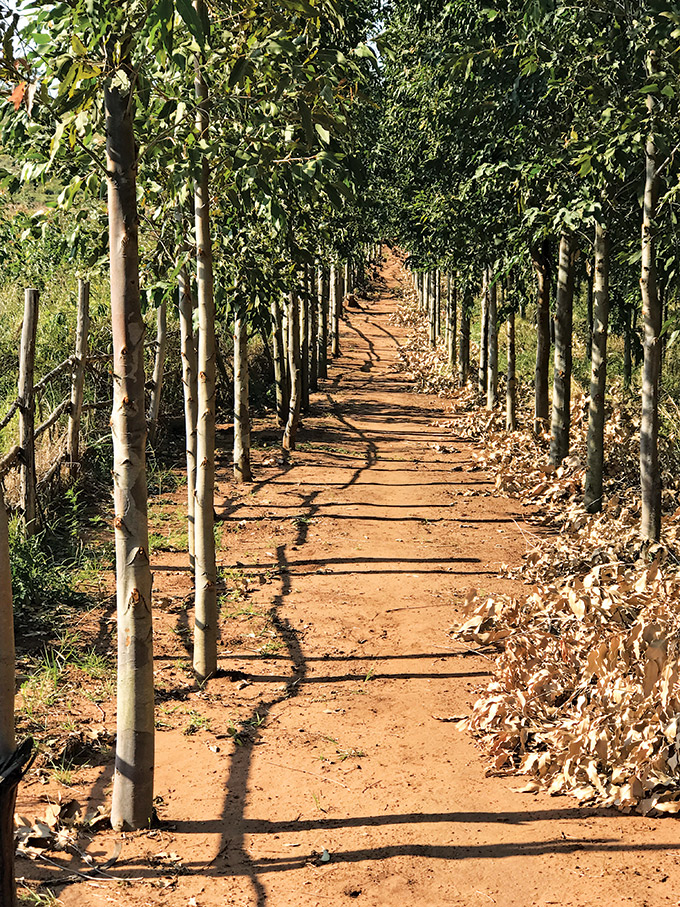 Land prep for planting
Compartments are first burnt to clear any debris and weeds that could hinder the success of the planting operation. Burning operations take place early in the morning when it is cool and there is no wind, to avoid fire crossing over to neighbours. He plants at 3m x 3m espacement for C. Henryii but due to lack of quick canopy closure, the current 2.5mx2.5m is used for improved harvesting execution and fire prevention.

Species matched to site
Planting is conducted on well-prepared sites matched to the right species. This has resulted in high survival rates with minimal mortality. Most of the compartments were planted during the hottest month of the year followed by a prolonged drought. Despite the adverse weather conditions, the performance and success of the trees bears testimony to his ability to plant the right species on the right site. 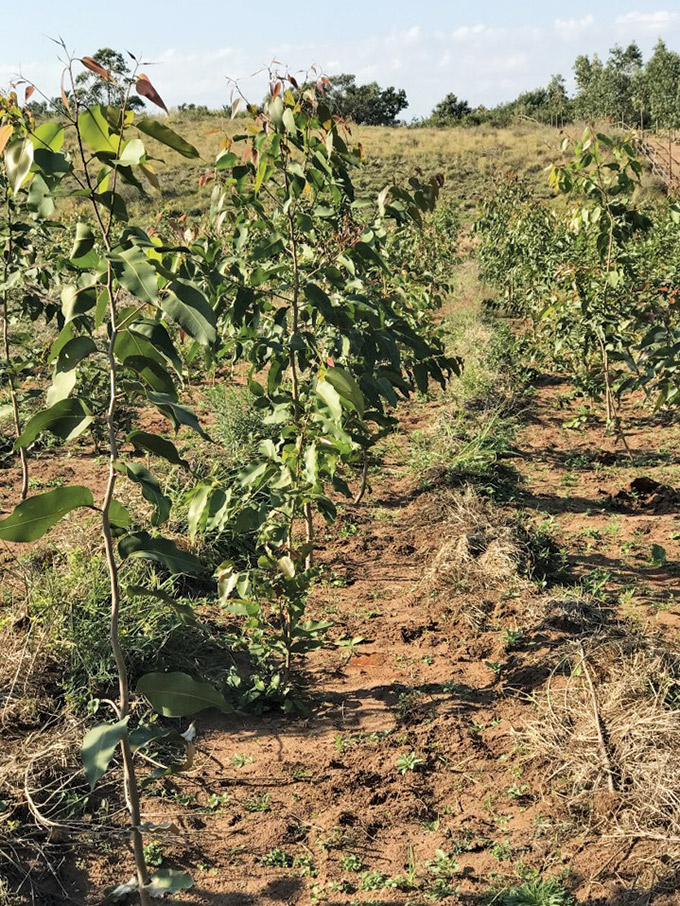 Mandla applies manual weed control as well as a chemical spray. A 1m ring is cleared around younger trees for plants to grow free of weeds. He also slashes tall grass to eliminate competition. Chemical spray is applied to eliminate annual broad-leaved weeds. Although grass weed is still present, it does not pose any significant challenge to the trees because the trees have already outgrown it.

Fences have been erected around some compartments to keep livestock out. 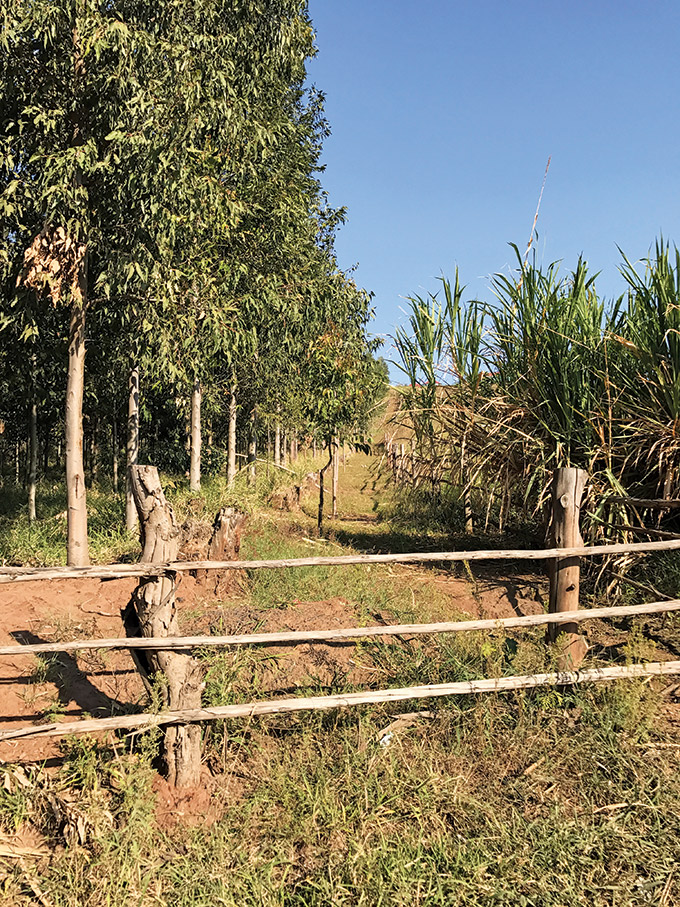