The new Tigercat 610E grapple skidder has landed in SA 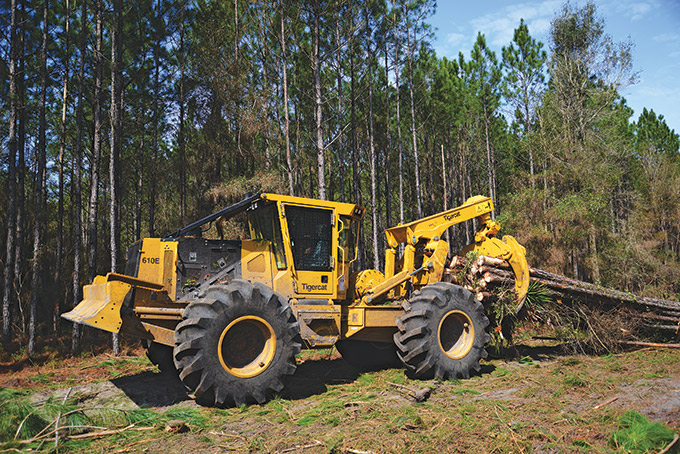 The first Tigercat 610C grapple skidder was introduced into the South African forestry industry some 10 years ago. It was used in pine tree length skidding operations with SAFCOL (formerly KLF) as well as by some contracting operations.

The 610C is Tigercat’s smallest four-wheeled grapple skidder in the extensive range that is offered. In recent times contractors have seen the value in using the grapple skidder to handle short wood bundles, an application traditionally performed by cable skidders.

Grant Rankin, a contractor in the Greytown area, was the first to use his 610C skidder in such an application and continues to see the benefit of using it in this way.

The 610E is equipped with the new FPT Tigercat engine, developed due mainly to the stringent emissions regulations requirements in North America and Europe, as well as the more effective and simpler technology solution over the previous engine used.

An additional advantage for end users is that the engine service, warranty and spare parts support will now be handled by Tigercat dealers like AfrEquip, supported by Tigercat. To this end, Jeff Cave, Tigercat’s South African-based factory representative, has already received advanced training on the Tigercat engine and technical training has been scheduled for AfrEquip technicians in April this year - just in time for the arrival of the first Tigercat FPT powered 610E skidder.

In addition to training, all the recommended and required spare parts and specialised tooling are on route to AfrEquip, while Tigercat has committed to consigning a replacement engine at AfrEquip’s premises.

The particular engine is the Tigercat FPT N67 Tier 2 version with a power output of 151 kW (203 hp). The 610E is slightly bigger than the C series with a longer wheelbase, longer total length and is around 1.5 tonnes heavier. The clean burning Tier 2 engine also boasts a fuel burn saving over the C series Tier 3 engine of around 6% to 8%. 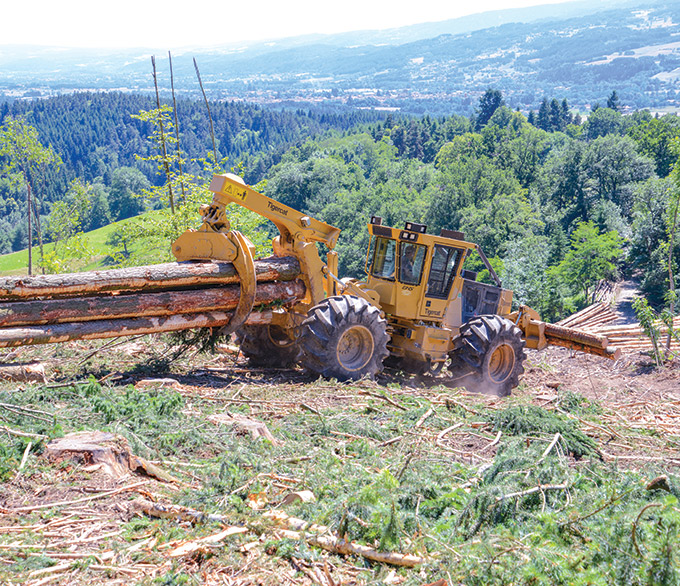 The patented Tigercat EHS transmission is standard in both the old and new models allowing for a top speed of 21 km/h. After many years of trying to work with various axle and drive train suppliers, Tigercat took a strategic decision to take this critical part of their business into their own hands. As a result the axles and the EHS transmission are Tigercat designed and manufactured.

The 1.4 m2 grapple with large plate tongs gives the 610E the capacity for cost effective tree-length skidding as well as bundle skidding if the application requires it.

The first unit arriving in South Africa will coincide with the Focus on Forestry 2017, and will be on display to showcase this Tigercat product to a focused customer group. Furthermore, this machine will be equipped with a state of the art online, satellite-driven Tigercat telematics system, and potential customers will be able to see exactly how this technology can be of benefit to the management and efficiency of harvesting operations by visiting the AfrEquip/Tigercat site.