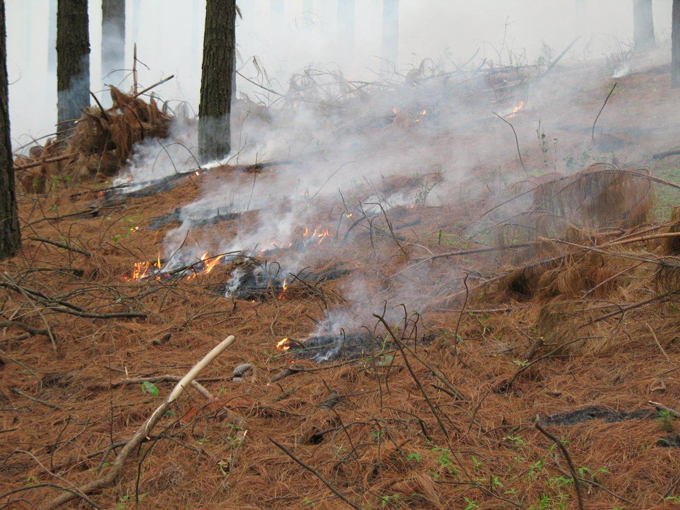 KLF has reduced the risk of wildfires in their plantations by doing prescribed under-canopy burns in pine sawlog compartments in Mpumalanga for a number of years.

Reducing the fuel load is the most cost effective method for preventing the spread of wildfires.

It is now almost nine years since the devastating fires of 2007. Various mitigation measures have been implemented by growers to reduce the risk of fires like that occurring again.

Fuel load management is the most cost effective mitigation measures that forestry managers can use to create strategic buffer zone systems from where wild fires can be contained.  Fuel is the only element that we can control – we can’t control the weather or the topography. So growers must focus on lower fuel loads, which result in lower intensity fires which cause less damage to growing crops.

It is therefore very encouraging to see that more growers are investing in fuel reduction programmes like mulching, discing and even under-canopy burning. 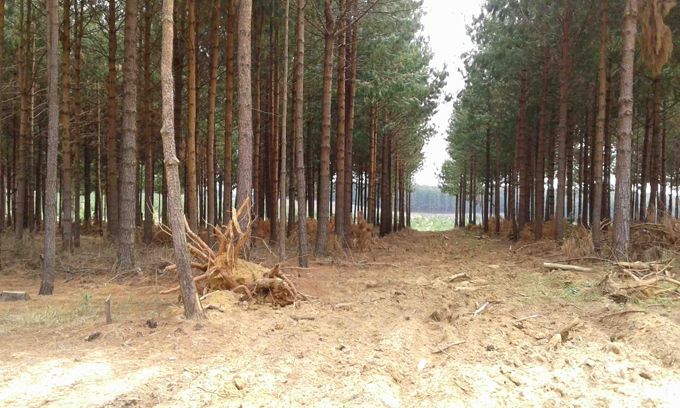 My research will show that prescribed under-canopy burning in Eucalyptus stands can be done safely, but it is an art. You have to plan properly, and have a good understanding of fire behaviour. It should as a rule not be done with trees under 6 years, although this is still possible with additional preparation and planning.

The research focused on under-canopy burning in E. grandis compartments, because this species has the thinnest bark. When the heat exceeds 60 degrees C the cambium layer underneath the bark will start to die – so you need a cool fire. This is possible if conditions are right and you burn within that window.

Under-canopy burns should only be done in strategic buffer zones, normally not wider than 100 metres.

We are also seeing more use of cattle to reduce the fuel loads in plantations. 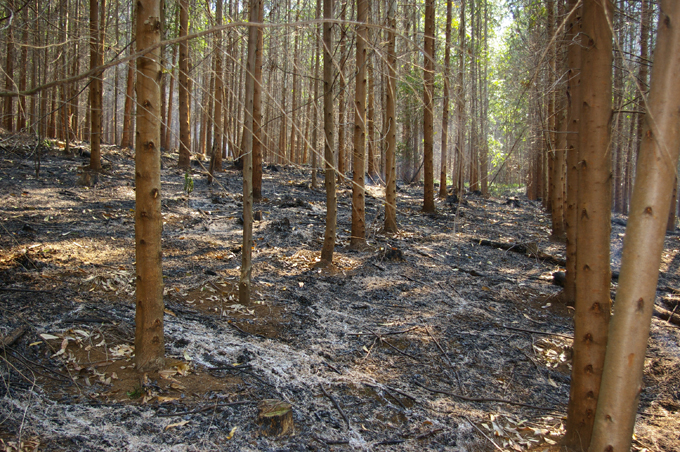 Manpower constraints
Over the past few years growers have started modernising silviculture operations. This has resulted in smaller labour forces, with less people available to combat wild fires.

My exposure in the fire training and consulting environment has revealed that the biggest challenge in the next wild fire event will be experience and the availability of manual fire fighters. The current trained fire fighting forces are only sufficient to deal with an initial attack incident, ‘uurtjie vuurtjie’. Where will they find the people to handle big wildfire events?

Also, there are a lot of inexperienced people in the system – even the fire crews. They have been trained but haven’t been exposed to major fires.

Fire fighting equipment – is it good enough?
Land owners have upgraded their fire tender fleets. However the pump and hose configurations of the current fire tender fleet are in many cases not aligned to the type of fires that will occur in a specific area.  Slope driven fires require long hose lines with a specific pump configuration to overcome the water head. Fuel driven fires require high volumes of water with bulk supply units feeding pump stations.

There is still resistance from foresters to making use of canvas hoses at high intensity or extreme fires. Wind driven fires require long hose lines and lots of manual labour to cover the long fire perimeters.

Forestry fire expert Ben Potgieter says reducing the fuel load is the most cost effective method of preventing the spread of wildfires.

Mopping up
The quality of mopping up operations is still a concern; this is a result of a lack of fresh manpower resources to deal with the most important aspect of fire suppression – mopping up.  Mopping up is a specialised operation that requires well trained crews and good supervision.

Incident command
Managing wild fire events will be a challenge, especially when we are dealing with a multi-agency incident. Various ICS courses have been offered, but when last did the industry hold a scenario planning session in high fire risk areas, involving all the role players within the  incident command system?

The forestry industry is better prepared for big fire incidents than most, but when it comes to fires that cross boundaries and involve a number of stakeholders – that is where we are vulnerable.

I believe that the Western Cape is much further advanced in incident management than the other provinces in South Africa.

The 2016 winter fire season
I am not a weather expert, but I believe it will be a difficult fire season with extreme weather conditions. The current drought will also cause problems for fire managers.

I agree with the article to keep fuel loads low and that it is crucial to create low fuel load zones in compartments, like on the photo where it was done with a machine.

However, a much easier way is to adjust your spacing when a compartment is planted in a high fire risk area, like in the "kiss planting regime".
https://saforestryonline.co.za/articles/editors_choice/kiss_planting_regime_for_pine_sawlogs_production/

Please send us more details of how this could work!