Home » Seeing off the threats to our forestry businesses

Seeing off the threats to our forestry businesses 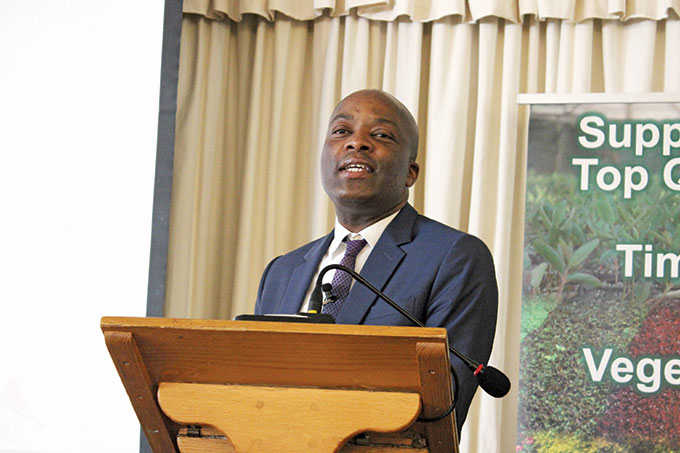 The debate around expropriation of land without compensation has grabbed centre-stage over the past few months, raising the temperature of the political discourse in South Africa deep into the red zone.

This is an understandable reaction, especially from essentially land-based businesses like forestry and agriculture. Visions of land grabs a la Zimbabwe spring to mind. The consequences of such flagrant abuse of property rights are plain for all to see just across our border.

But the keynote speaker at FSA’s recent AGM, Justice Malala, a highly respected political commentator and analyst, put the issue into perspective as he dissected the political shenanigans going on around land and assured members that the Zimbabwe scenario is unlikely to happen here any time soon.

Instead he painted a picture of rising consumer and business confidence that flowed into South Africa when Cyril Ramaphosa replaced Jacob Zuma as president and leader of the ruling ANC. He cited the Cabinet re-shuffle, appointment of a new Eskom Board and the ‘cleaning out’ of key institutions like SARS as clear evidence that Ramaphosa is on the right track.

The utterances about amending the constitution to allow the state to expropriate land without compensation was part of the balancing act that Cyril Ramaphosa has been forced to play in order to win support within a fractured ANC, maintains Justice.
Although he says that the land debate has raised expectations and will be with us for awhile, it needs to be “managed” a lot better than it has.

He said that the final resolution of the ANC at the December Conference was silent on amending Section 25 of the Constitution, and that the emerging view is that the Constitution does not actually require an amendment. He said that ANC policy is based on three elements: security of tenure, land restitution and land redistribution.

His prediction is that at the next election the ANC will consolidate or even grow its support, while the EFF will grow its support from 6% to 12% or even 15%. The DA will lose support to the ANC, and the other political parties will remain small, weak and largely invisible.

In the final analysis Justice believes that the ANC will consolidate, Ramaphosa will persevere and clean up government’s act, and the economy will grow beyond the 1.5% GDP forecasted for 2018.

He concluded by saying that expropriation of land without compensation would happen “but it will not lead to land grabs like Zimbabwe”. He said it would happen according to the ANC’s plan. 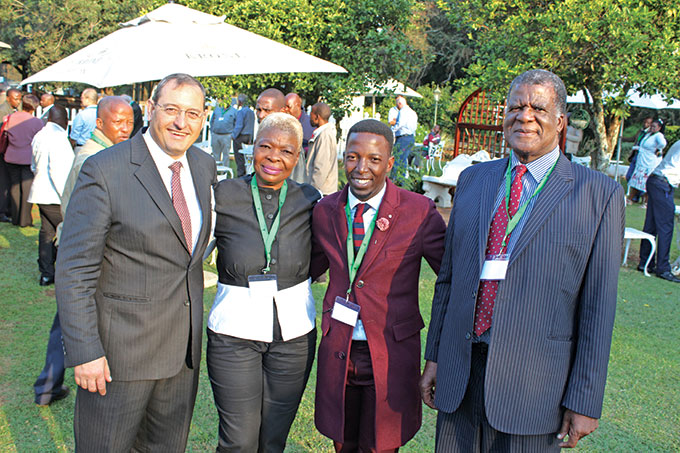 Pest explosion
Professor Bernard Slippers, who has recently taken over from Mike Wingfield as Director of FABI and the TPCP at the University of Pretoria, gave members an excellent presentation on the rising tide of pests and diseases entering our borders and the threat they pose to native and commercial timber trees.

This, we know, is a consequence of the booming global trade in live plants.

The threat, says Bernard, is exacerbated by the fact that there are multiple entries of pests and diseases taking place, and increasing genetic diversity because biological systems evolve so fast. So the threat becomes ever more complex.

A recent introduction causing alarm over at FABI is the Polyphagous shothole borer which is spreading rapidly in SA. There are some 40 tree species affected by this Asian pest, including valuable crop trees and native trees.

“Whether or not it will affect forestry we are not sure yet, but we are keeping a close eye on it,” said Bernard.
The good news is that the scientists have increasingly powerful tools to deal with the threats, including ‘gene editing’ aka CRISPR. 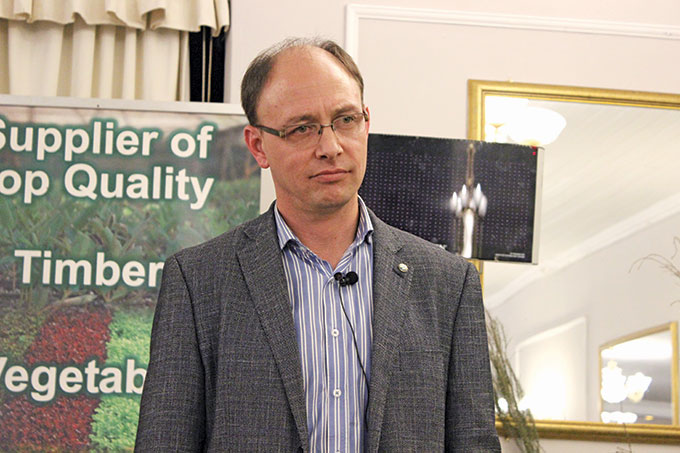 Prof Bernard Slippers takes over the directorship of FABI and the TPCP from Mike Wingfield.

Passing the baton
In his address departing FSA chair Graeme Freese said there were significant highlights to celebrate during 2017, despite the lower than anticipated timber volumes which had put the squeeze on FSA’s cash flow.

He noted that small-scale growers may, for the first time, be able to access DAFF support as FSA had been informed that funds would be ring-fenced to support them under the Comprehensive Agricultural Support Programme.

He also announced that DTI approved two of FSA’s THRIP applications which will be used to support FSA’s research partners.

Graeme thanked the hard-working FSA staff for their efforts over the past year, and was happy to handover to incoming chairperson, Enoch Maponya, who is a member of the small-scale grower group. 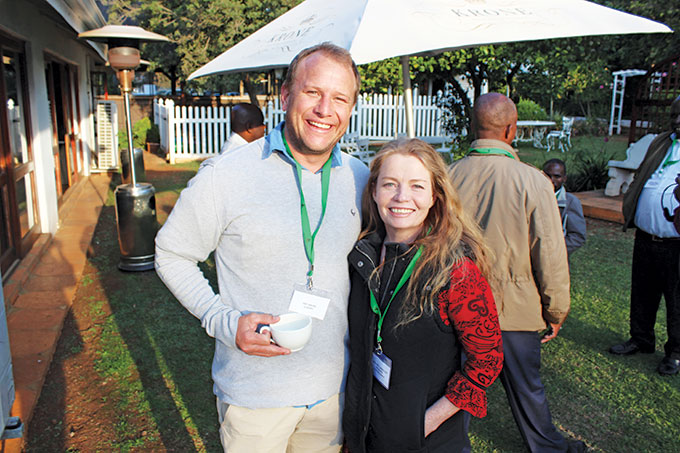 Delegates from the Lowveld, Ant Baird of Ezigro Seedlings and Joey Lascelles from United Forest Products. 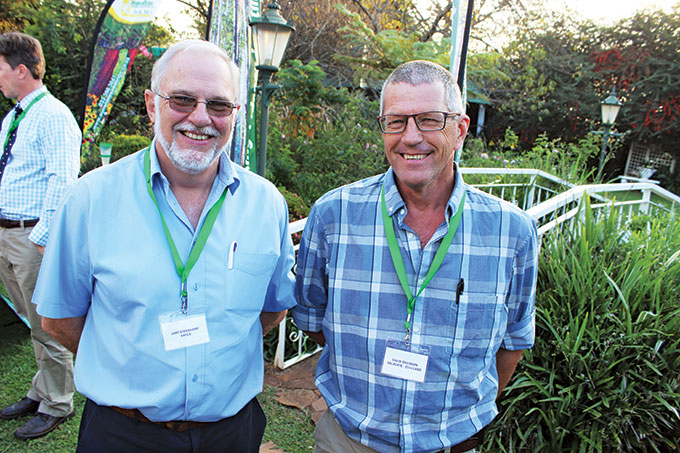