Stop deforestation before it’s too late 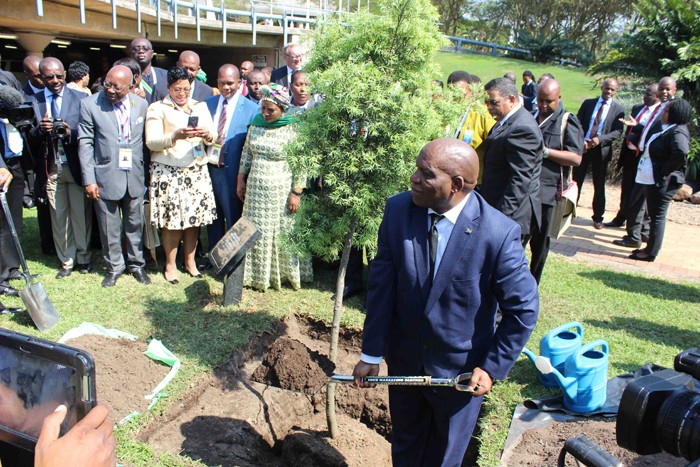 SA Minister of Agriculture, Forestry and Fisheries, Senzeni Zokwana, plants a tree in front of the ICC to commemorate WFC 2015.

Day One of the long-awaited World Forestry Congress kicked off at Durban’s International Convention Centre with an impressive march-past by Working on Fire recruits, watched by all the dignitaries.

A large crowd of Congress delegates jostled with the press contingent to get a decent view of the flag-raising ceremony and the WoF recruits in their smart yellow uniforms. 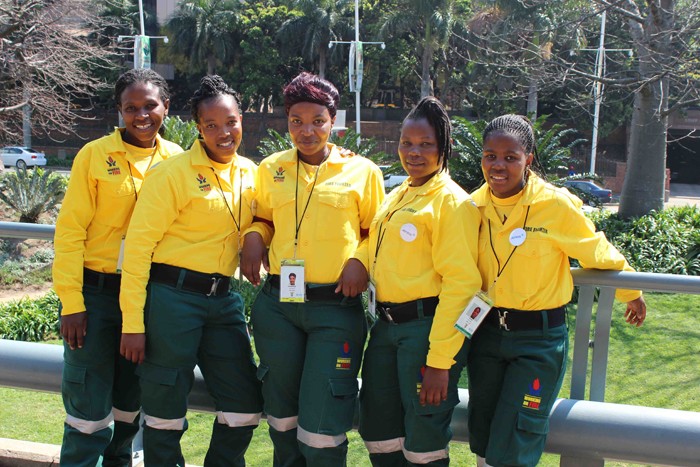 These young women were part of the Working on Fire march past at the opening ceremony.

Greenpeace provided a slight diversion to proceedings, holding a protest on the street outside the ICC, calling for an end to ‘forest crime in the Congo Basin’.

All of the dignitaries were unanimous in their call for the urgent need to stop deforestation and to conserve the world’s forests for future generations. The role of forests in providing food security and resources, nurturing biodiversity, producing clean water and mitigating the effects of climate change through carbon sequestration were common themes. 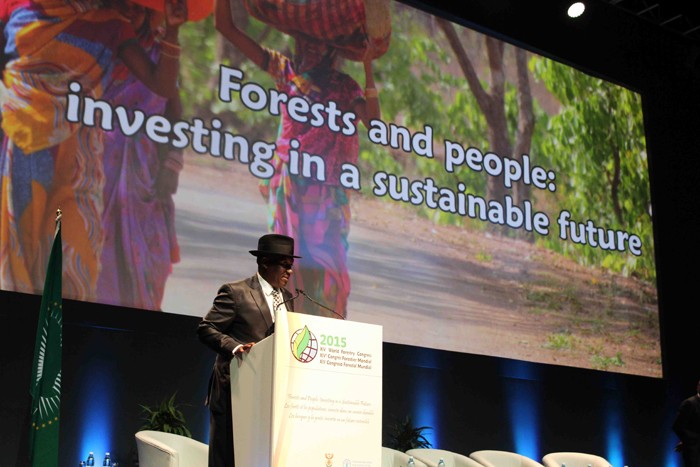 The dapper General Bheki Cele, Deputy Minister of Agriculture, Forestry and Fisheries, was the master of ceremonies at the opening.

Then it was down to business as the high-level dialogue on the global forest agenda kicked off, followed by a host of side events and sub-theme dialogues.

The launch of FAO’s Global Forest Resources Assessment 2015 was the highlight of the afternoon sessions. The assessment confirmed that the world’s forests continue to shrink as population increases and forest land is converted to agriculture and other uses. Some 129 million ha of forest – an area almost equivalent to the land area of South Africa – have been lost since 1990.

Africa and South America had the highest net annual loss of forests in 2010-2015.

However there was a glimmer of encouragement in the news that over the past 25 years, the rate of net global deforestation has slowed down by more than 50%. It noted that an increasing amount of forest areas have come under protection, while more countries are improving forest management.

“The direction of change is positive, but we need to do better,” was FAO Director General Dr Jose Graziano da Silva’s assessment.

WWF’s response was to launch a high profile campaign to discuss the threats facing the world’s forests, to find solutions and come up with ways of collaborating to stop deforestation and forest degradation, before it’s too late. 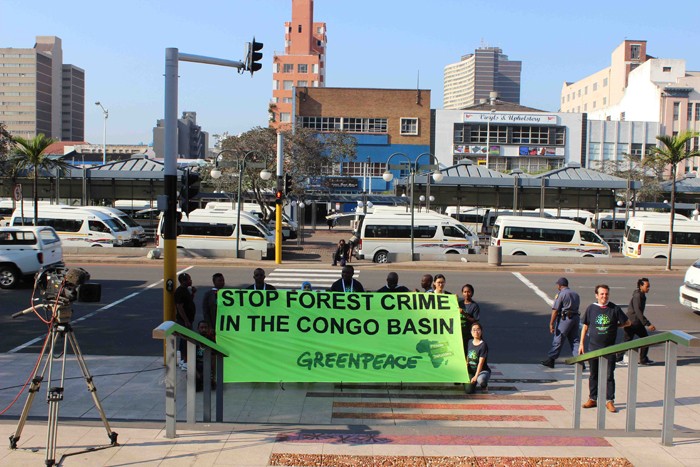 Greenpeace protest outside the WFC opening. 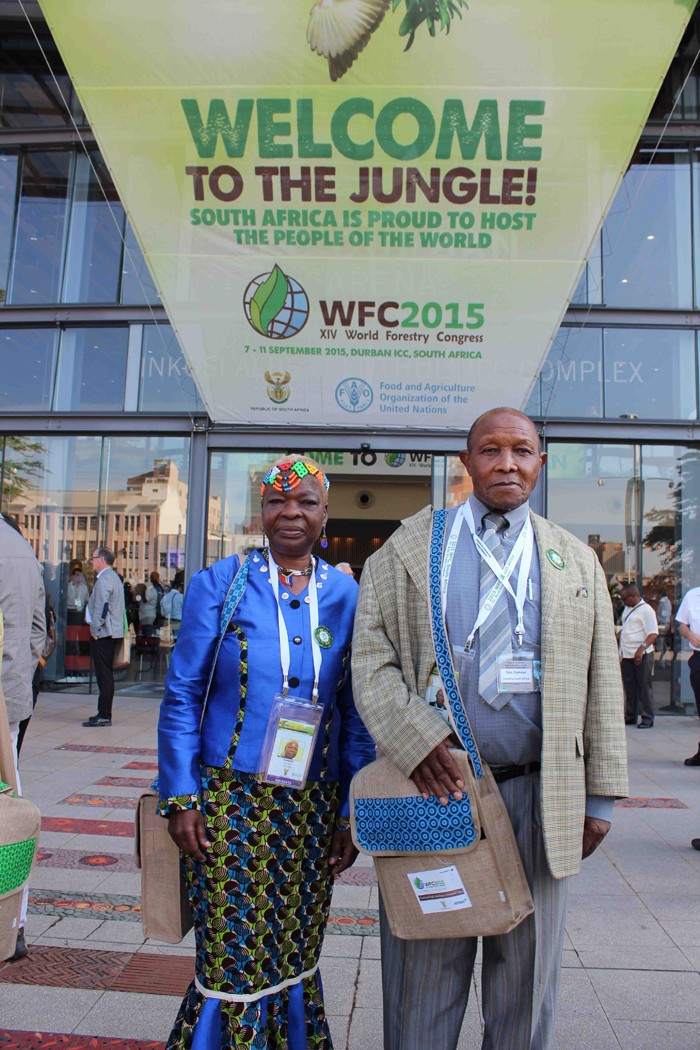 *Check out the overview of the conference HERE and visit www.wfc2015.org.za.