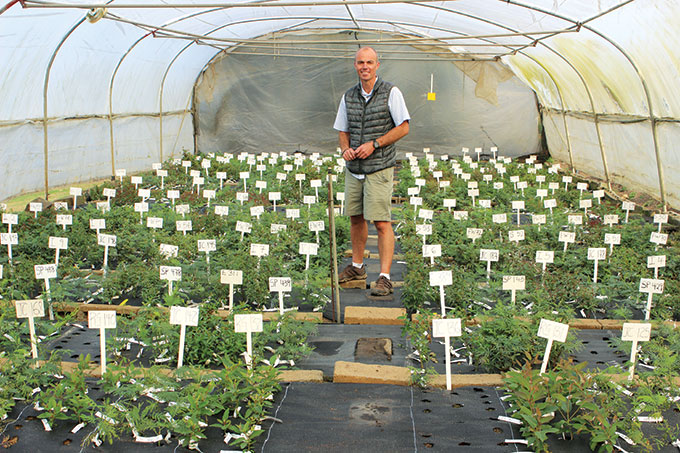 Bryn Pollard keeps an eye on the new wattle research material that will be tested and commercialized.

A passion for the environment has prompted the management of Sunshine Seedling Services to seek solutions based on renewable energy, water conservation and recycling and full utilization of waste streams in their nursery business.

This has resulted in Sunshine Seedling Services receiving the prestigious Innovation Award at the Seedling Growers Association AGM recently.

Sunshine Seedling Services, situated on a farm a few kilometers from Pietermaritzburg, is a major supplier of commercial forestry seedlings and clones to customers throughout South Africa and neighbouring countries. They also produce a variety of vegetable and flower seedlings.

A few years ago Sunshine joined forces with Renen Energy Solutions to establish a biogas plant adjacent to the nursery. The plant uses locally sourced kraal manure, chicken litter, cane tops and nursery waste from their own nursery, to produce methane gas.

The methane gas from the digester is used to heat water in a boiler, which is used in an essential oils distillery located right next to the biogas plant. Excess heated water provides under-floor heating for the rooting tunnels in the nursery.

Rose geranium, Tea Tree, Rosemary and Eucalyptus is grown on the farm to provide the raw material for the essential oils business.

By-products from the digester include liquid fertilizer and high quality compost rich in nitrates. 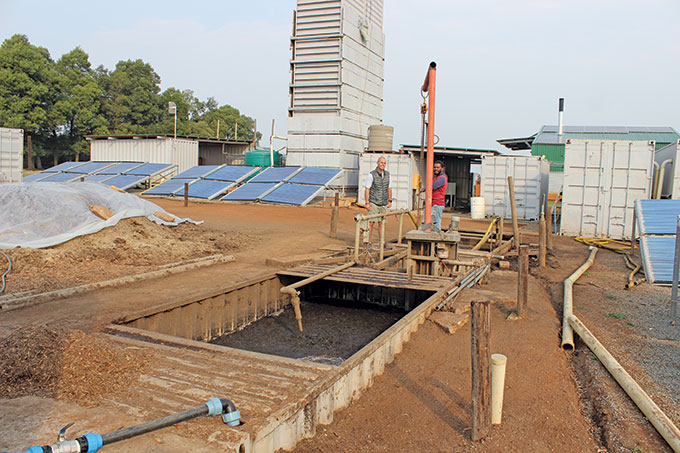 Solar panels erected next to the digester utilize solar power to generate electricity which is fed into Sunshine’s electricity system to reduce reliance on Eskom – especially at peak times when the electricity tariff increases.

Water conservation and recycling is also a major focus at Sunshine Seedling Services. All the water that is used in the nursery is recovered, treated and recycled back into the system. Rainwater is also captured and fed into the nursery’s water supply. 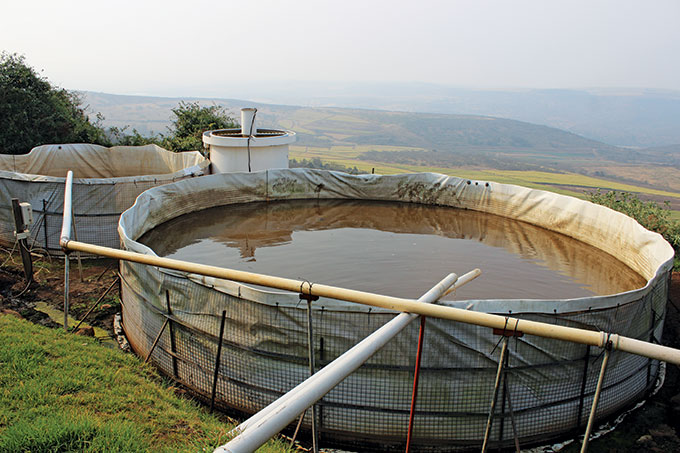 Sunshine Seedling Services is recycling water in these big tanks.

Wattle clones
Meanwhile in the nursery there have been a number of new innovations introduced to keep forestry customers supplied with top quality seedlings and clones.

Sunshine has stepped up its production of Eucalyptus clonal material, and has started producing wattle clonal cuttings from rust and frost tolerant plants, as well as Corymbia hybrids. 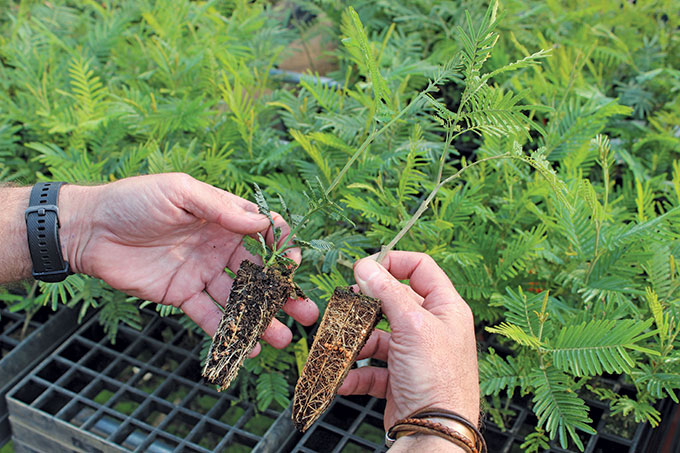 Sunshine has taken on the production of frost and rust tolerant wattle clones to provide farmers with improved planting material. Root comparison of a wattle seedling (left) and wattle cutting.

“We started producing wattle cuttings 25 years ago, but there was never a big demand until now with the spread of the wattle rust disease,” explained Ken Leisegang. “The ICFR has selected a number of rust tolerant wattle mother plants which we are multiplying and supplying into the industry. There will be a limited number of these cuttings available in November and December this year, and we will be stepping up production next year.

“We are also producing clonal cuttings from frost tolerant wattles, with the first cuttings becoming available in January February next year.”

Ken said that a number of trials have been established around the country with the frost and rust tolerant wattle clones to gauge their performance. 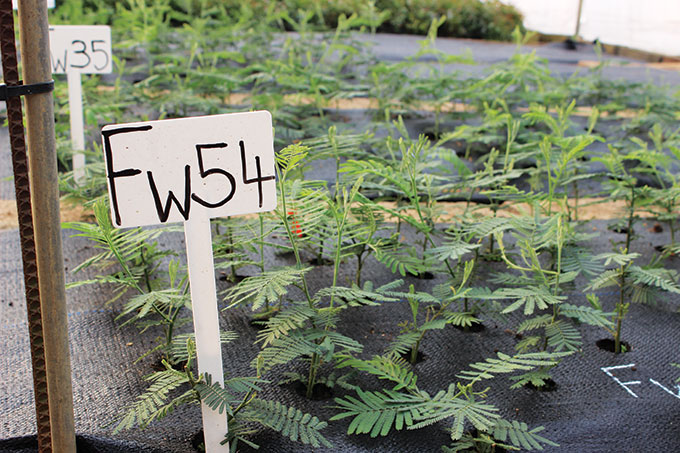 Paper pots
Another innovation that is transforming the nursery industry worldwide is the use of paper pots. Sunshine Seedling Services has acquired both the Ellepot and the Fibrecell potting systems. Seedlings and clones are also supplied in the conventional plastic tray system, so customers can choose the system that suites their planting operation best.

Sunshine Seedling Services produces around 20 million plants per annum, and delivers to customers throughout South Africa, Swaziland and Mozambique.