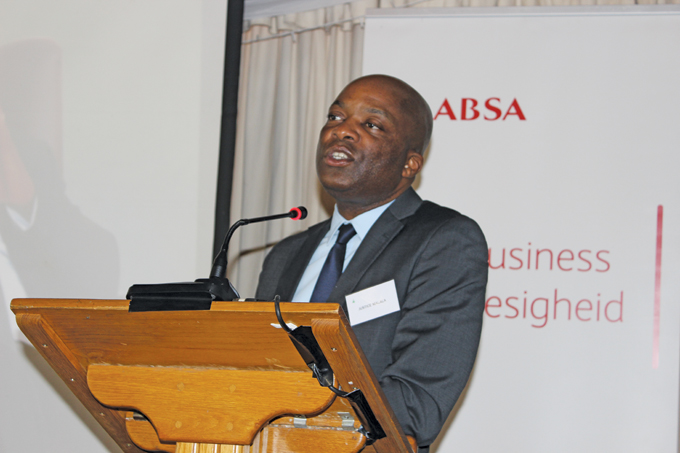 Fasten your seatbelts as we expect turbulence up ahead. The ride will be bumpy, but democracy is still working and it’s a good time to invest in agriculture and forestry. This was the message from keynote speakers at the FSA AGM held in the KZN midlands recently …

Drought, fire, pests and diseases and land reform are just some of the challenges faced by foresters in South Africa today, but all of these are likely to be overshadowed in the next few months by something else – political turbulence.

In the run-up to the municipal elections later this year we can expect a torrent of racial, political and revolutionary rhetoric – as well as public protest action - to engulf our daily lives.

But, says political commentator, analyst and author, Justice Malala, it is mostly a lot of hot air, a reflection of the power struggle within the ruling party, democracy a-la-Africa in motion … don’t pay it too much attention.

It is only when the institutions that defend democracy are threatened and collapsing, that we should be concerned. Although some of these institutions are on shaky ground (e.g. SARS, the Hawks), others – like the Constitutional Court – are still functioning well, he says.

Coming from a man who has just published a best selling book titled ‘We have now begun our descent’, this optimism came as a surprise.

“The democratic institutions are key. If they work, it’s fine. If not, we have reason to be concerned,” said Justice, delivering the keynote address at the FSA AGM held in the KZN midlands recently.

The drivers of politics in South Africa:-
• The internal fight for leadership in the ANC
• 8.9 million people unemployed – and they are desperate.

He said that the ANC has been steadily losing support for a number of years and so it is inevitable that the elections will become more hotly contested.

“Power is shifting away from the centre. This can be seen in the ‘fees must fall’ campaign, and the Finance Minister appointments.”

This, says Justice, is a good sign that democracy is still functioning in South Africa.

He says the central issues in South Africa going forward will be land and minerals.

“We have made a choice in South Africa, we are going with China and the East – not USA and the West. Nuclear energy will go ahead – it’s a done deal. The NDP is a good plan for growing the economy. It has 93% support in SA, but we are not implementing it.”

Overall his outlook for South Africa is positive.

This sense of optimism – albeit tempered with serious flaws – was echoed by the guest speaker, Ernst Janovsky, farmer, economist and currently head of the Centre of Excellence for AgriBusiness for ABSA. 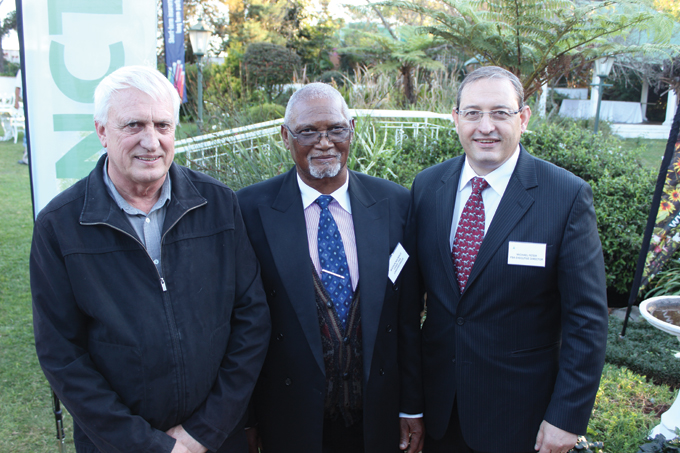 He said that technology (such as the digital revolution, automation and 3D printing) will reshape companies and countries.

This will see the education gap shrink and work skills competition increase. Companies will market one to one, delivering personalized value to individuals, which will force companies to become much more proactive.

However it is the ‘social risk’ that he says is our Achilles heel. It is more than just poverty and unemployment that is widespread in South Africa – it is a poverty trap.

This is all about land. Poor people do not have title to land in South Africa, and without it you can’t lift yourself and your family out of poverty, Ernst says.

“Who will own the land after land reform – government? It’s about land and title – without it you can’t upgrade. If you really want to make a difference you must upgrade your workers to a point where they have title somewhere,” he said.

He had good news for foresters and farmers regarding the current drought. “This drought was predictable, rainfall is predictable. He displayed a graph showing rainfall figures going back 100 years, and the trends are clearly visible. A ‘hole’ in the rainfall after a sunspot event, which is exactly where we are at present.

“So the rainfall is coming, and it’s a good time to invest in agriculture,” he said.

“Don’t expect international prices for commodities, including wood, to increase. They will remain level for at least another ten years. However the availability of energy will be our Achilles heel. We are looking at a long term decline in the exchange rate, so forestry businesses that are exporting timber will get richer – in South Africa.”

But money is going to get more and more expensive into the future, he warned.

“Now is the right time to invest in agriculture – and timber,” he concluded. 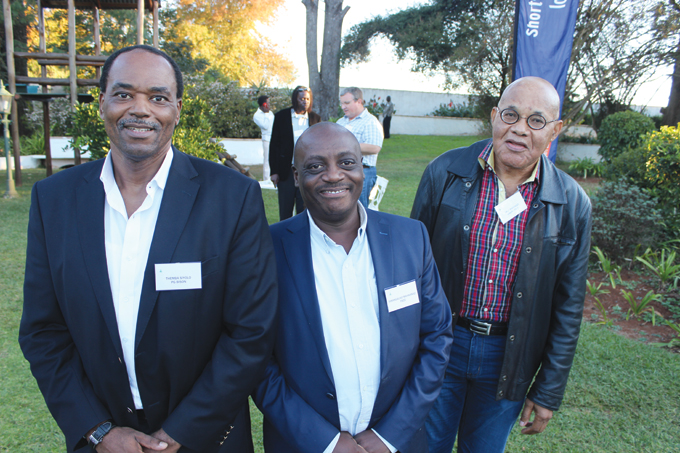