Notes from the Sawmilling SA AGM 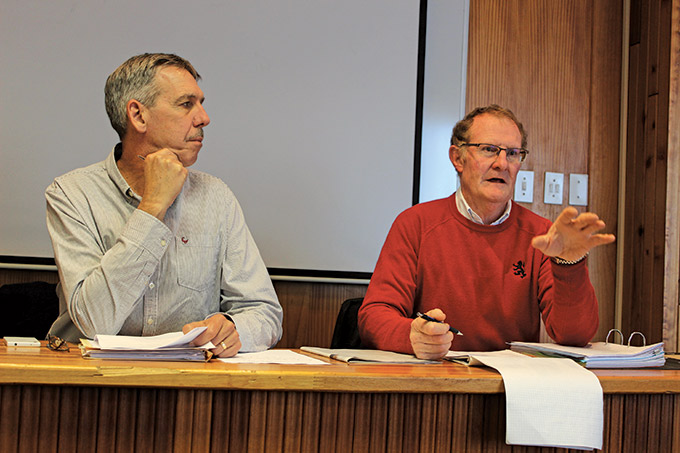 Sawmilling South Africa’s 9th AGM was held at SAFCA House in Johannesburg in June, on the same day that wildfires were raging through the Southern Cape, destroying houses, businesses, plantations, a sawmill, and killing several people.

Since the southern Cape is one of South Africa’s key sawlog production regions, the fires are expected to disrupt the supply of the raw material which is the lifeblood of the sawmilling industry. These events served as a timely reminder of one of the key constraints facing sawmilling in South Africa – the looming gap between the supply of sawlogs and demand for sawn lumber.

Guest speaker Pumeza Nodada, Chief Director Forestry Development and Regulation for the Department of Agriculture, Forestry and Fisheries, said that sawmilling is one of the key sub-sectors that can contribute to job creation, in line with government’s National Development Plan that aims to create one million jobs by 2020.

She acknowledged the shortage of raw materials constraining the sub-sector, but said that government had earmarked 147 000 ha of plantations that could be brought back into production.

She said there was a need to get more participation in the sector from youth and women, and said the DTI has support packages available to achieve this.

She also spoke about the need to transform the sector through growth and the need to get the small-scale sawmillers to participate more in the organized industry.

Pumeza called for more collaboration between government and sawmillers to achieve national objectives.

Sheena Osman of DTI provided some info on the DTI’s agro-processing grant scheme that has been launched recently to support growth and promote transformation. She said that sawmilling is one of five key sub-sectors targeted for this programme (see news story).

There was also a short presentation from Makhosazana Mavimbela of the Forest Sector Charter Council on the amended Forest Sector Codes which have been gazetted and are now in force. The amendments include threshold adjustments and scorecard adjustments.

A member commented from the floor that there is no incentive for sawmillers to employ more people, as it is easier to comply with the Charter Codes with less employees. This seems to contradict the aims of the NDP, he said. 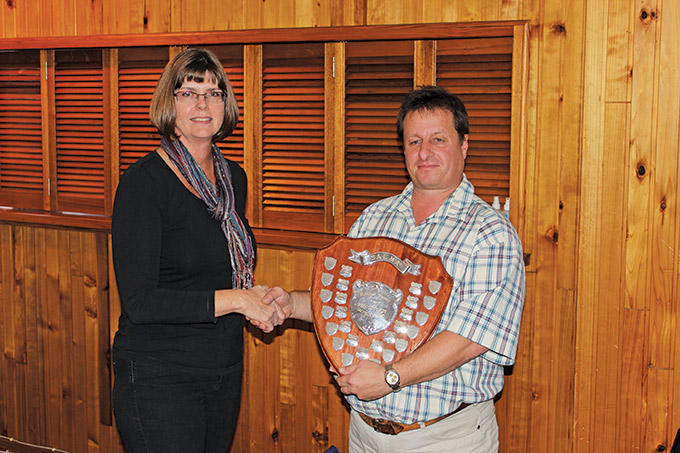 Turning residue into revenue generator
Schalk Kapp of the Global Environment Fund provided an interesting keynote address, in which he identified an opportunity for sawmmillers to turn their waste residues into income streams.

This is exactly what MTO has done at its two Cape sawmills, Longmore and George. The sawmills were supplying their excess residues to Sonae Novobord and EC Biomass, until the closure of these factories in 2010 and 2012 resulted in the sawmills having to dispose of excess residues at considerable cost.

MTO invested R90 million at their two mills in order to utilize their excess residues to generate more steam than is required for their own kilns. At George, steam is piped from the sawmill boilers to a neighbouring textile factory which was using coal to generate its steam requirements. This win win arrangement saw cost savings for the textile factory, and brought additional revenue to the sawmill – and serves to reduce the residue stockpile

A similar arrangement was made with a dairy situated near Longmore. The mill supplies the dairy with biomass which is used to feed a high pressure steam boiler (built by MTO), supplying the dairy with all of its steam needs. It was previously using fossil fuels as feedstock, considerably more expensive than the sawmill residues.

In addition electricity generated from a new steam turbine at George will supply the sawmill with all its electricity needs, with excess electricity sold to the local municipality.

Schalk said that turning biomass into steam is less costly and risky than developing biomass to power plants. He says sawmills are already producing their own steam, so there is an opportunity to generate excess and on-sell it.

He says this gives sawmills an opportunity to diversify by selling steam in long-term off-take agreements that provide a measure of revenue certainty.

“Identify a factory burning relatively expensive fossil fuels, link it to an undervalued source of residue, build a reliable biomass to steam system, and craft a long term triple win agreement,” said Schalk.
The supplier of biomass would be better off, the user of steam would reduce costs (biomass is 10-30% cheaper than fossil fuels) and the capital supplier could get an acceptable rate of return on the investment.

“Biomass energy is a bottom feeder – it burns almost anything. But beware the biomass ‘snake oil’ salesman – there are too many failed projects already,” concluded Schalk.

In his report, Roy said that SSA continues to build relationships with government, interacting with DAFF, DTI, the Forest Sector Charter Council and the FP&M Seta on behalf of sawmillers on a regular basis.
He said SSA also funds and co-ordinates research. Research currently on the go is looking at how to improve the quality of wood by improving silviculture of sawlog plantations. SSA has also been instrumental in accessing funding from the Seta for skills development.

SSA is forming a working group to engage with the Department of Environment Affairs (DEA) to resolve an issue over emissions from kilns.

Apparently operating kilns is a listed activity in terms of the Air Quality Act, which means that sawmills need to be registered with the Department.

“Complying with this regulation could be onerous and costly for sawmillers,” commented Roy.
He said it’s important that sawmills belong to SSA so that the sub-sector can act with one voice in the interests of all sawmillers.

A new process for preserving lumber

A new lumber preserving process being developed by Georgia Tech researchers could offer advantages over pressure treating... Pressure treating, which

The road to Harding in KwaZulu-Natal passes through some of the most scenic landscapes in South Africa. Green pastures and

South Africa’s Northern Cape province is the driest area in the country with an average rainfall of only 202 mm.