Reports have emerged that 11 African countries are moving ahead with the ambitious pan-African project in the Sahel-Saharan region that aims to plant a 'Great Green Wall' of trees across the continent to address the detrimental social, economic and environmental impacts of land degradation and desertification in the Sahel and the Sahara.

The countries moving ahead with plans include Djibouti, Eritrea, Ethiopia, Sudan, Chad, Niger, Nigeria, Mali, Burkina Faso, Mauritania, and Senegal. The aim is to plant a green wall of trees from Dakar in Senegal to Djibouti – 15km wide and 7,100 km long.

The original idea for the 'green wall' was proposed by former Nigerian president Olusegun Obasanjo in 2005 and the African Union took it up in 2007. The World Bank helped co-finance the initial stages and the UN has been a supporter. At the recently concluded climate change summit in Paris (COP 21), French president François Hollande said that his government will offer up to 1 billion euros a year by 2020 to the anti-desertification effort, including the Green Wall project.

Desertification is a growing problem in sub-Saharan Africa. Populations in Sahelian Africa are among the poorest and most vulnerable to climatic variability and land degradation. They depend on healthy ecosystems for rainfed agriculture, fisheries, and livestock management to sustain their livelihoods.

Climate variability along with frequent droughts and poorly managed land and water resources have caused rivers and lakes to dry up and contribute to increased soil erosion, sandstorms, food shortages and health risks. 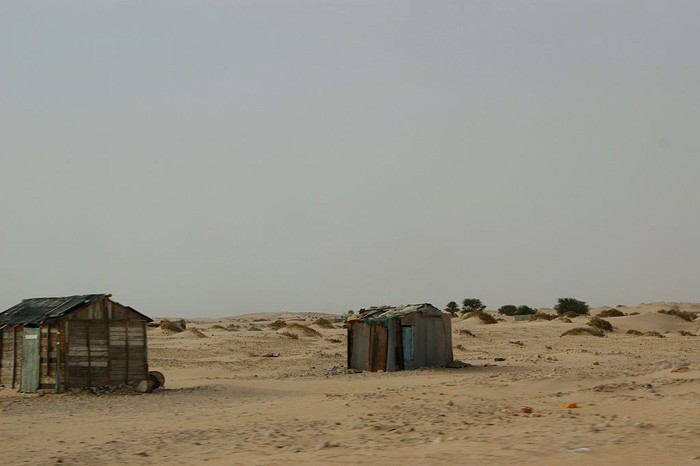 Senegal has been leading the way thus far, having planted over 12 million trees traveling up 150 kilometers and covering 40,000 hectares worth of land. Eventually, this is meant to extend to 545 kilometers enveloping 800,000 hectares, Senegalese authorities told the Associated Press.

These efforts have helped to reverse some of the effects of years of land degradation. As a result, agriculture, once again, is becoming an economic activity for communities worse hit by the changes instead of forcing them into becoming nomads.

“Agriculture is easier for us,” one resident in northern Senegal told AP. “With livestock, the herd can die at any moment, and you are then condemned to live as a nomad. Here, with agriculture, we don’t need to move.”

Watch this excellent mini-documentary on the topic:

A unique collaboration between conservation organisations, environmentalists, researchers, traditional healers, communities and a prominent forestry company is saving an important