Home » The real soldiers are the drivers

The real soldiers are the drivers 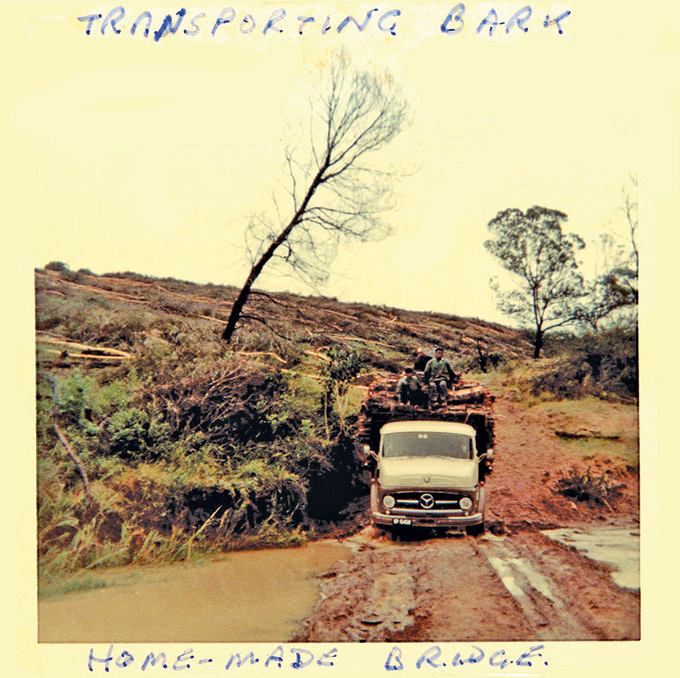 In days gone by forestry roads were not so good, and timber 'lorries' were not 4X4. But those days are long gone and timber transport has entered a new era of technology and efficiency.

The Editor manages this publication (and its contributors) by a series of themes for each edition. This avoids the tendency of foresters to ramble on about anything they feel like rambling on about, thereby instilling a bit of order; so when he asked me to put down a few words on transport and logistics, a warning light started flashing in the brain's philology department. The Oxford Dictionary defines logistics as “the science and practice of moving, lodging, and supplying troops.” But dept. of phil. reminds me that words adapt over time.

So it's not only troops these days, but the rest of the definition aptly describes the logo written on those giants of the highways so maligned and little understood by the average motorist. Logistics and transport are the life-blood of the nation and the continent; name it, and it's on its way somewhere in a lorry. As one trans-Africa driver put it: “When the trucks stop, Africa stops.”

The next time you curse a lorry in your rush to get somewhere, bear in mind that the fuel in your tank got to the pumps in one of these. The real soldiers are the drivers. Long, exhausting hours of intense concentration, day and night, covering hundreds of kilometres are testimony to their skill, hardiness, patience and endurance. They lodge in spartan truck stops, or in the cab; at times camping by the side of a rutted road in remote regions of a continent made perilous by war and political turmoil.

And can they drive! The boy racers and drivers of potent luxury saloons don't even come close to the skill levels of the men controlling these complex 500 horsepower monsters. They have a choice of 16 gears to engage for starting, stopping, gradient, road surface, speed, weather conditions, traffic density, the weight of the load, emergencies and idiots.

All being free of complications, it needs at least 100 metres to come to a halt. The footbrake is generally used for bringing the vehicle to a gentle stop on arrival, and only for emergencies on the open road, where skilled use of the combination of engine and all those gears is the way such a weight is kept under control. A retarder, working off the propshaft to assist braking, is standard equipment on most trucks.

They have an engine brake which pumps air into the cylinders, an exhaust brake that makes the roaring noise and, of course, the gears. It weighs about two tonnes, and the modern ones are designed to rectify most of the mistakes you make before you realise you've made them.

With an all-up weight just shy of 60 tonnes, an emergency stop involves taking into account all the variables, simultaneously applying engine, exhaust and foot brakes, and rapidly selecting and changing gears. In an emergency, the same judgement as yours applies: speed; distance; road width; surface; other vehicles/people; escape routes and so on. The driver of a fully laden truck, however, carries the massive responsibility of considering what his load will do in these circumstances, all the while using the multiple means of bringing the speed down. Flammable loads are mobile bombs. Tales of skillful and heroic evasive action abound.

Truck drivers are united in their assertion that car drivers, often under the influence, are their most common problem with, for example, poor appreciation of how to overtake a 22 metre vehicle, and ignoring its indicators. Suicidal overtaking is commonplace. But, however skilled they are, these fellows are not angels. Errors or recklessness can have disastrous consequences. The haulier is always grateful for reports of bad driving; they help him protect the public, his equipment and his customers.

Running a fleet of lorries is a bit like handling a snake with a head on both ends; one can't keep an eye on the whole thing all the time. 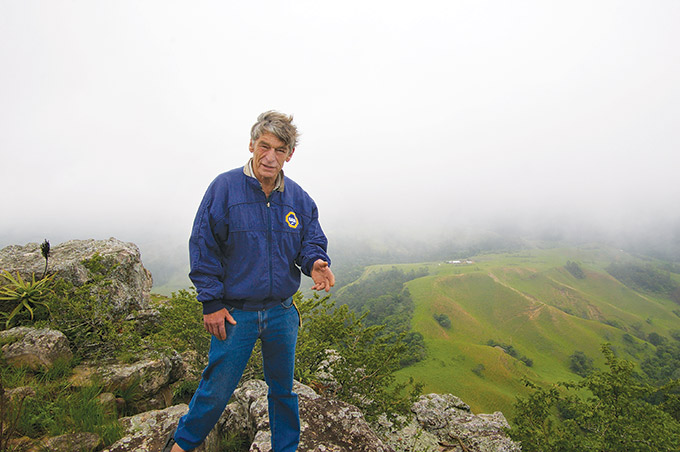 Gilbert Plant reports from the clifftop...

Railways going extinct
Prior to the current truck era, we had a system of logistics with purpose-built trucks travelling in convoy – the railways. The roads were narrow, but made to last with single and dual highways, all controlled by traffic-lights. Well equipped stops catered for loading and unloading, refuelling, refreshment, changes of shift and vehicle checks etc. Smaller vehicles brought stuff to this network for onward transmission, thus alleviating traffic congestion and reducing wear and tear on the highways.

The system provided much employment. Apart from a little pilfering and some frustrations with the paperwork, it functioned quite well. The same networks have been in use on most continents, some for over a century. Technology has kept them competitive.

One small problem is that the taxpayer funds the railways, but given that he is obliged to fund many things he doesn't necessarily make use of, he stoically pays and keeps his peace, relying instead on the trucking industry to move his goods from A to B.

It's not that the railways have become extinct; portions deemed expedient to preserve are still providing services to local users. But what happened to the rest? Well, it just disappeared bit by bit, abandoned to the scrap metal industry and squatter settlements. Ineptitude? Politics? Whatever the reason, the ‘Song of Rolling Stock’ is seldom heard nowadays. The slogan proclaiming “there's only one way, and that's the railway” no longer applies; the lorries will be hauling our heavy loads on the highway for a while yet.

Reduce the shorthaul cost
In the forest industry transport is a major cost. Moving timber from infield to depot is in most cases the most expensive part of the operation, but a well planned combination of vehicle, load and road network effectively reduces the cost of getting the logs to the longhaul load site. Plantation-to-mill quotes by the haulier will generally not vary for the few kilometres difference in distance for different depots on the plantation. These kilometres significantly affect the infield haulage cost, however. The units employed for this are slow, often limited to fairly small payloads, and are consequently costly to run.

In the eighties, Masonite established a network of infield depots with wide, hardened roads linking them to the district roads. The goal was to limit the infield haul to a maximum of one kilometre, and give the haulier all-weather access to the depot closest to the harvesting site. This was combined with a bundle system for self-loading trailers infield, significantly improving productivity, and dramatically reducing tractor fuel costs and wear and tear. The savings amply justified the establishment cost. Secondary benefits accrued in safety, fire-fighting access, improved water run-off, (erosion control) and reduced wear on all transport.

If your budget doesn't run to such sophistication, it may be worthwhile to establish a temporary depot for harvesting taking place far from the permanent depots. Even if it means felling a quarter of a hectare or so nearby, the savings from the reduced distance could off-set the sacrifice, particularly if the unscheduled quarter hectare is gum, and will coppice once it has served the purpose.

A last little word: Fuel is another major cost. Idling the vehicle is an expensive waste, and is a practice of many a driver in winter to keep the vehicle's heater going. Idling for long periods dilutes the lubricant in the cylinders, adding to wear; the fuel is not moving anything other than the operating cost. Buy the driver gloves and a warm coat. They're a bargain.