Bee-aware and always read the label 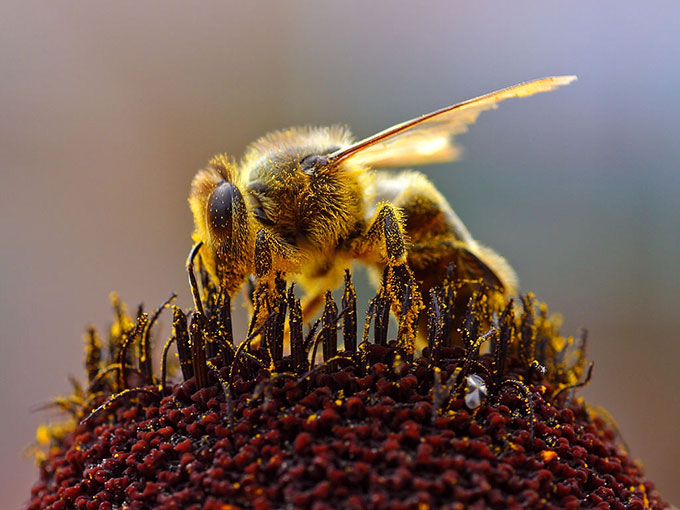 Bees have been described as ‘the most important living beings on the planet’. Image © Jon Sullivan / Wikimedia Commons

The dramatic decline in bee populations worldwide is a looming global catastrophe, with recent studies suggesting almost 90% of the population has disappeared in the last few decades – making bees officially an endangered species (ICUN Redlist).

70% of the world’s agriculture is exclusively dependent on bees. That is why they were described as ‘the most important living beings on the planet’ during a meeting of the Royal Geological Society. Aside from being super-pollinators, bees also add vital micro-nutrients to our diets, their honey has numerous health properties and they have an important role in maintaining biodiversity through the pollination of wild plants. All in all, it is fair to say bees are one of the planet’s super-species!

A world without bees
Human driven habitat loss and inappropriate use of pesticides are two of the key reasons why bee populations continue to decline globally, and devastating mass colony losses continue even in our own backyard as a result of poor pesticide practices (thankfully not in forestry).

Contemplating a world without our buzzing buddies is unimaginable, which is why the Timber Industry Pesticide Working Group (TIPWG) has taken up the challenge to champion bees.

Bees will be featured in TIPWG newsletters, presentations and in the distribution of the TIPWIG Standard Operating Procedure (SOP), in an effort to ensure that the safety of bees is considered when drawing up pesticide schedules. 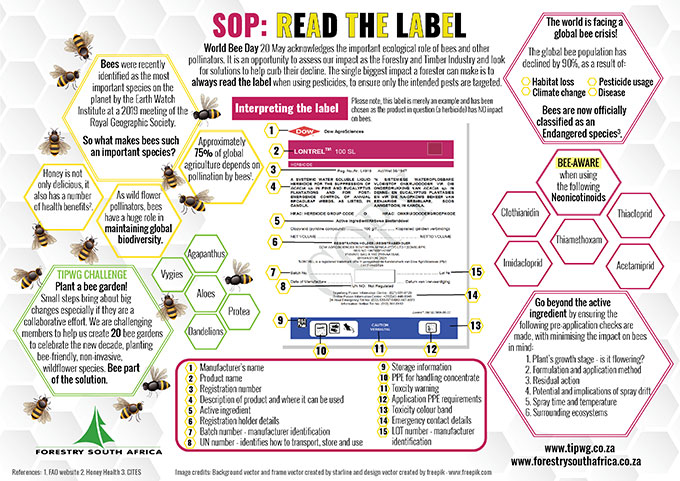 One of the most simple and effective ways we can ensure the safe keeping of bees is by always READING THE LABEL. It is not rocket science, just good pesticide practice. Strict adherence to label specifications and being extra vigilante with regards to bees, should ensure no bees are indirectly harmed as a result of pesticide use.

The ‘READ THE LABEL’ SOP can be downloaded from the TIPWG website www.tipwg.co.za

We’d like to encourage people to plant bee gardens across the country as a way of raising bee awareness. There is a list of bee-friendly flowers on the SOP, and you can partricipate in a #SAForestryLovesBees competition on Instagram.

“If the bees disappear off the face of the earth, man would only have four years left to live” - Albert Einstein

South Africa celebrated Arbor Week during the first week of September, and Vergelegen wine estate in Somerset West – a

Taking sustainability beyond the balance sheet

By Lize Joubert-van der Merwe, Veldtology (Pty) LtdI really like grasslands. I especially like how they ripple in waves up