Home » Economies of size and scale in forestry

Economies of size and scale in forestry 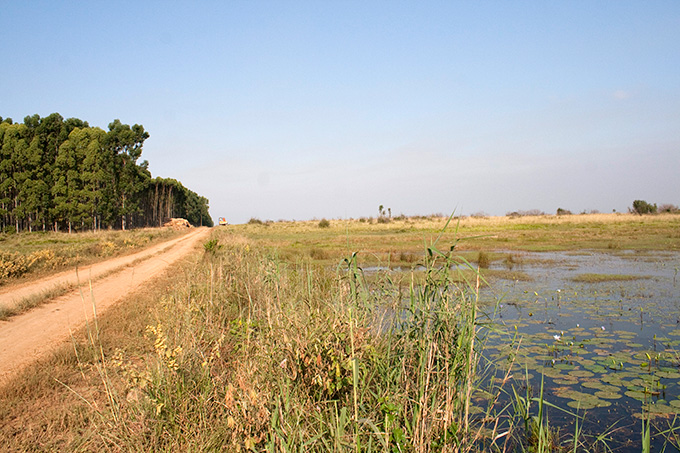 We have all heard and discussed the concept ‘economies of scale’ at some stage. It’s something many farmers struggle with, and it’s one of the major challenges faced when deciding to expand. But before we begin to discuss economies of scale, let’s define the term...

The concept of economies of scale means that the average cost per unit of production (unit of timber) decreases as the size of the farm or the area of production increases. Alternatively it implicates the ability to lower production cost per unit by increasing the production. The economies can occur because the farmer is able to achieve more production with the same level of fixed expenses such as labor costs, labor reducing technologies and bulk purchases to name a few.

Agriculture production displays an L-shaped average cost curve where costs are lower initially but reach a point where no further gains are achieved. If this is the case then we must consider the following:
Is economy of scale not applicable to all farm sizes?

There is a fairly wide range of timber farm sizes where average cost is approximately the same.

The only constant in the discussion above is cost of production, which includes direct and indirect costs. With the increase in farm size or area under production, indirect or overhead costs should remain the same and direct costs will increase. There is however a flip side to the coin called ‘Diseconomies of scale’. It is often also referred to as the ‘rule of diminishing returns’. Diseconomies of scale occur when a farming operation grows too large too quickly resulting in an increase in cost per unit produced.

But despite all that is said and the research that was done in this regard, there is one factor that stands out and this is the cost of production or production cost ratio, irrespective of the size of the farm. The production cost ratio indicates the relation between total farming expenditure and gross farming income. What has been proven over and over is that low-cost farming operations typically produce the highest profit. Or to state it more accurately, the highest-profit farming operations are always among the lowest-cost operations. Irrespective of the size of the farm.

The conclusion is that there is always a need to expand and that the increase in hectares will increase the economy of scale. There should however also be a period, after expansion or increase in production, of consolidation of costs. This period should be used to concentrate on efficiencies to bring the cost of production to acceptable levels and norms.

Economy of scale should not be the main driver behind expansion, but rather cost of income or net profit. If the expansion will result in an increase in profit margin, then it is justified.