Government's 10-year-old forestry exit strategy in the Cape brings re-planting to a standstill on 45 000 ha, despite a subsequent Cabinet decision to return half of that land to forestry ... 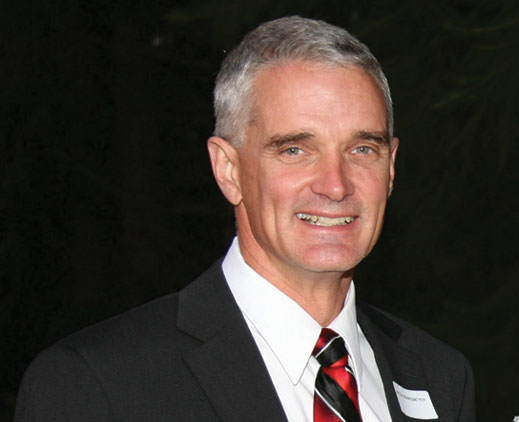 The forestry industry in the Boland is in danger of collapsing, and the Outeniqua region is also on shaky ground, according to some industry leaders.

The key issue that is eroding the confidence of industry players is the shortage of sawlogs which is exacerbated by the government decision made in 2001 to exit 45 000 ha of forestry in the Western Cape by 2020. This, coupled with destructive fires in the Tsitsikamma region in 2005 which damaged some 14 300 ha of pine plantations, has seen the timber resource in these areas shrink.

As a consequence, small and independent sawmills are closing down while the bigger sawmills are locked in a bitter and expensive dispute in the Competition Tribunal over access to dwindling sawlog supplies.

The perceived failure of government to take decisive action to implement a Cabinet decision taken in 2008 to reverse the forestry exit strategy in respect of 22 500 ha is particularly irksome to some industry stakeholders.

This land, operated in terms of a lease by MTO, is not being replanted after clearfelling, creating an ever-widening gap in the sawlog supply in the region.

MTO has been operating the former Safcol pine plantations in the Western Cape and parts of the Eastern Cape since they successfully won a public tender process against rival bidders in 2005.

In terms of MTO's lease with Safcol, they were required to implement the government's forestry exit strategy on 45 000 ha by 2020. Reasons put forward at the time were that these plantations were not financially viable, and would be better suited to other land uses such as conservation, agriculture and/or housing.

At the time the reasons given for exiting the 45 000 ha were strongly contested by several forestry experts both from a scientific and economic point of view.

MTO has a 70-year lease for the balance of Safcol's plantations in the Cape, which are not affected by the exit strategy.

In the years after 2000, roundwood prices increased significantly on the back of rising demand as the economy grew, and MTO began lobbying government to reverse its exit strategy on certain portions of the land earmarked for other land uses.

In 2005, the then Department of Water Affairs and Forestry (DWAF) commissioned a study by the Vecon group to advise it on the most appropriate land uses for the 45 000 ha in question.

The consultants' report concluded that the plantations on half of the land should not be replanted after clearfelling, but recommended that the balance of 22 500 ha should remain in forestry. The report provided a compelling argument for the benefits of retaining the 22 500 ha in forestry, not least of which was the importance of protecting jobs in the sawmilling and downstream timber processing sector. A further recommendation was that BEE partnerships must be incorporated in any future ownership of plantations.

A separate study undertaken by the University of Stellenbosch, titled Sawlog Strategy and Implementation Plan commissioned by DAFF and the FAO, noted that since 2001, no replanting of exit areas had taken place, and that as of the end of 2006, 17 194 ha of plantations had already been clearfelled and not replanted. They also noted that in that year alone, 11 sawmills had closed in South Africa as the gap between supply and demand for roundwood increased.

In 2008, Cabinet decided to heed the recommendations of the Vecon Report and reversed its exit strategy on 22 500 ha.

In order to implement this decision, DWAF and now DAFF would have to revisit the exit lease and either re-negotiate a new lease with MTO or initiate a process of selecting a new forestry operator.

But since that date, it appears that little has happened and 22 500 ha of precious plantation land lies in limbo. Patch Bonkemeyer, CEO of Cape Pine Investment Holdings, which now owns 75% of MTO, says that the reduction of timberland in the Cape is a broader issue than just forestry, as there will be economic and environmental consequences.

He says that the conservation authorities are already under-resourced and would be hard pressed to take on additional land for conservation, whereas forestry could be utilising and managing the land productively. He says that MTO is in the best position to "hit the ground running" and get these areas replanted.

In the meantime, the competition for sawlog resources in the Cape has spilled over into the Competition Commission courts as MTO seeks to get approval for its merger with the Boskor sawmill without conditions attached. These conditions relate to the sawlog supply contracts with key competitors, AC Witcher and the sawmills in the Steinhoff Group. They are challenging the merger of MTO and Boskor claiming their log supply is in jeopardy, and that MTO is abusing its position of dominance in the market.

MTO contends that its sawlog resource was reduced by the 2005 fires, and that it cannot afford to "give away" its last remaining sustainable resource at below market value.

"We are in a position of dominance by virtue of a shrinking resource," maintains Bonkemeyer.

The environment within which DAFF must now start the process of finding an appropriate operator to replant the 22 500 ha has become increasingly complex and pressured. Since the decision was taken to partially reverse the exit strategy, industry players have been lobbying government to be allowed to plant these areas. As the years slip by, and the gap between the supply and demand for roundwood in the Cape increases, so the competition for scarce resources intensifies.

In response to the question as to why it is taking so long to resolve the issues around replanting this land given that it is contributing to a general shortage of sawlogs in the Cape, the Deputy Director-General: Forestry, Dr Moshibudi Rampedi pointed out that the issue relating to a shortage of timber is "very controversial". She said that temporary unplanted areas in South Africa have been increasing for the past 15 years for a number of reasons, including fires. Of the estimated 58 823 ha of TUP as at 2008/2009, 30% (17 714 ha) was in the Western Cape.

"It is important to note that only 8 000 ha of this area is under the exited areas and the Department is still in the process of verifying which of the 8 000 ha is under land claim," Dr Rampedi said.

"While there is an indication that emergent sawmillers are hugely affected by timber supply," she continued, "latest figures show that, in fact, there may be an oversupply of timber as some of the operations have closed due to the global economic crisis.

However, industry stakeholders are adamant that government inaction and indecision is contributing to the 'shutting down' of an entire industry.

"It has been 12 years since the exit was first mandated, and still there are no trees in the ground," says Bonkemeyer. "We are getting close to the point where forestry may no longer be viable in the Boland, and the Outeniqua region is under severe pressure as well. We are currently reviewing the economics in the Boland to see if forestry is dead there. We strongly suspect we may be past the point of economic viability for the replanting, in which case the industry will effectively exit the area by 2020. However, we still need to validate that with our study."

Dr Ben du Toit, a lecturer in the Department of Forest and Wood Science at Stellenbosch University and a co-author of the Sawlog Strategy and Implementation Plan report, shares Bonkemeyer's concern for the future of forestry in the Boland if government does not act decisively. He said government's original decision to exit forestry was a mistake as it reduced the size of the plantations below a threshold of viability that would only be sufficient to sustain 'bushmills'.

He said the original exit decision was based on the MAI of the plantations, but "nobody looked into the opportunities to improve stand productivity through intensified silviculture, fertilisation and tree improvement".

He said that if the exit areas in the Boland were reversed and replanted, then there would be enough timber resource to sustain a viable industry. He added that it would be important to have an anchor forestry operator capable of mobilising the capital investment required to make it competitive.

"If we hide behind excuses such as the global economic crisis and current oversupply of logs, we will make a dreadful mistake," Dr du Toit said. "There will be an economic upswing in due course, and the growing population will create an ever increasing demand for timber. We must re-plant immediately to ensure a sustained supply into the future.

"What are you going to do on that land if you exit forestry? The fynbos species that are threatened mainly occur in the lowlands (they have been replaced by agriculture and urban expansion), but the mountain fynbos ecosystems of the Cape are really well protected in extensive conservation areas. Eliminating forestry in these areas will add very little to the conservation effort. Agricultural crops are not commercially viable in these acid, sandy soils, but forestry is. It's green, it's sustainable, it fixes carbon and it's creating jobs," he concluded.