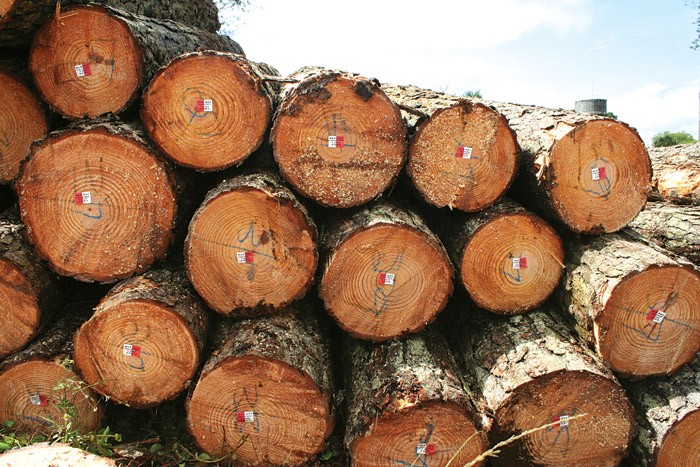 A Masters study of the wood properties of Pinus patula could help sawmillers improve timber utilization, and assist foresters to predict timber quality from a specific site, thereby taking site-species matching to the next level.

NMMU Masters student Barry Muller has just completed a study to determine the wood property variation in Pinus patula grown on different sites, the effect of forest site factors on wood properties and their within tree variation.

Ten trees were taken from each of 17 sites selected during a previous study of soil ecology and tree growth patterns on the Mpumalanga escarpment. This is a complex physiographic region with several different growth sites within a relatively small area.

The key finding of the study was that the effect of radial distance from the pith (i.e. the age of the tree) was highly significant and accounted for most of the variation of the trees sampled.

Although the effect of site on the selected wood properties was highly significant, its effect accounted for a relatively small percentage of the total variation in each case.

Consequently, sawmillers must take into account the large variation in wood properties that are found within a tree to minimize the chance of timber being downgraded as a result of excessive board distortion and/or inferior strength.

Density and grain angle both showed significant correlations with the most important climatic factors. Growth days (which is an index reflecting the number of days per year when soil moisture is NOT a limiting factor for plant growth) was identified as one of the principal growth factors influencing the selected wood properties, because of it’s strong relationship with wood density, density slope, grain angle and stiffness.

About 57% of the between site variation in wood density could be explained in terms of differences in the number of growth days.

About 60% of the between-site variation in grain angle could be explained in terms of differences in altitude.

Barry found that trees growing on higher altitude sites had a higher grain angle,  possibly due to the rockier soils and higher winds that prevail on those sites.

Generally soil and foliar nutrient levels did not show significant correlations with the wood properties considered in this study.

Regression models were developed to predict wood density and grain angle from growth variables. The results showed that those wood properties that correlate with geographic representable site variables can be included in site classification and evaluation systems.

The findings of this research is good news for both forest scientists and the forest and forest products industries. It demonstrated that an understanding of the variation patterns of key production wood properties could be a useful guide to assist processing plants to optimize and improve timber utilization.

The study also showed the relationship between certain site variables and some wood properties. This information could be used by forest scientists to assist them in predicting timber quality produced from a single geographic location.

Also, it could serve as a reference in a fibre-specific management plan that could incorporate wood properties in a site classification and evaluation system.

“If I was a sawmiller I would try and source timber from warm, wet, low elevation sites with deep soils and a good number of growth days,” said Barry.

Barry, who obtained his BSc Forestry from Stellenbosch University, is currently teaching wood technology at NMMU, and describes himself as having ‘one foot in forestry and one foot in sawmilling’. 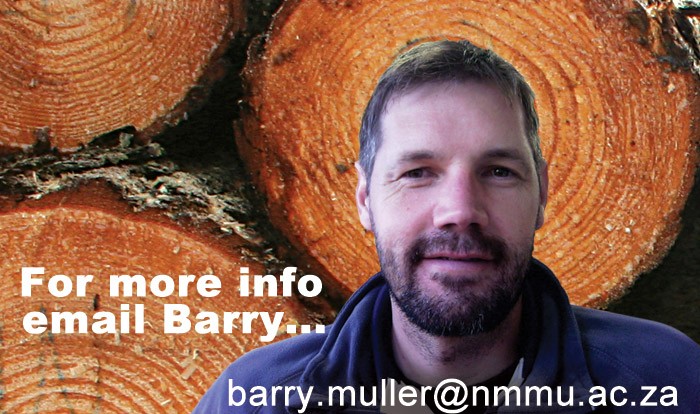