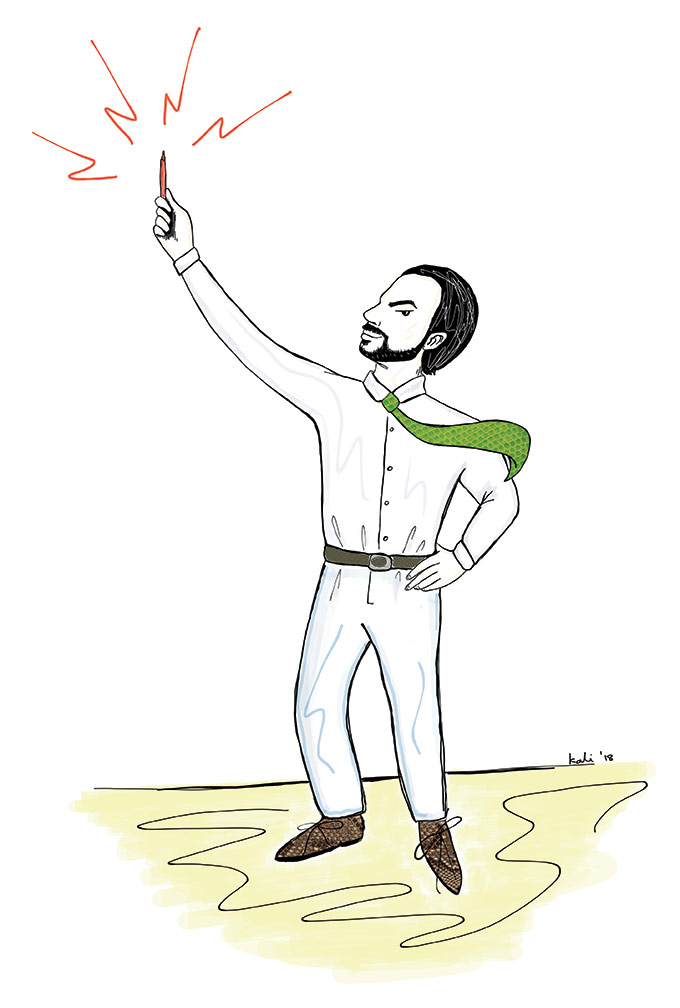 Dark silhouettes slowly start to lighten as dawn breaks, giving form to the surrounding trees and bush, picking out fences and the vague strips of roads and fire-belts, a cow or two, perhaps a bushbuck or a duiker. For a few brief minutes the sky turns an almost surreal, towering cobalt blue.

Distant layers of cloud in the East glow a delicate pink, complementing the cobalt sky, before the sun edges over the horizon to wash away the colours and warm the day. Golden shafts of early morning sun slant through the trees, lighting beads of dew, like diamonds, on symmetrical webs woven by spiders in the night. The air is still. Glistening leaves in hues of green, red and gold briefly hold a shining jewel, and if you listen you hear a muted symphony of droplets on the damp mat of the forest floor. Thin wraiths of drifting fog make shadows in the sunbeams lancing the rows in the plantation.

It's Autumn; the days are cool, and the sun is warm. The very air around you takes on an indefinable, almost golden glow, an ambience of calm. It doesn't start on a certain day … you just suddenly become aware that the days have changed and Autumn is here, and everything is pleasantly different, and the leaves are falling, and the rolling landscapes of green are turning golden. The scorching days of fierce summer sun have receded, almost forgotten now in this peaceful interval before the dry, cold, windy days of the winter fire season.

So, on such a morning, I saddle my horse and set off to see the fire-belt hoeing. No rush, a quiet, relaxed ride in the plantations, the scent of horse and leather mingling with eucalyptus and freshly turned soil adding to the pure pleasure of being alive in an environment like this. All is well; eight o'clock, and home being not too far, time for a good breakfast before seeing the next operation. But first drop the time book at the office. And parked outside it is a white Toyota Corolla. Maritzburg numberplate. Internal Auditor.

Now in those days, the Internal Auditor, even for the most meticulous keeper of the company books, was the most feared of the head office hierarchy. Like the flu he arrived (logically) out of the blue, and like the flu, could be just as unpleasant. His job was to make sure the field staff stayed on the straight and narrow. Nothing wrong with that, most of us would agree, but the trouble was that no detail was too small to warrant minute inspection or interrogation. A day with the auditor, even with no significant ‘findings’ was, I suspect, the entry point of more than one forester's love affair with the dreaded bottle.

The internal auditor
This one was the most dreaded of them all; stocky, hard, lean, straight back, chiselled face, eyes of burnished steel that bored into the innermost recesses of your mind, and the air of a panther about to spring. He could have been the Colonel of the SWAT team. No machine gun, but his Red Pen was just as deadly. His Zulu name was uMamba. It was rumoured that he had once been seen to smile.

The way an audit went was this:

Unfailingly, first the Petty Cash. It had better not be anywhere except in the safe. He counts it, tallies it with the book, hands it back; you count it, sign for it, put it back in safe. Red pen notes the three cents short!

Next, the ration shed, issues and receipts books in hand. Steely eyes laser the room for rat damage.

Count the bags of meal, beans, samp, sugar, dehydrated veg, Pro Nutro (believe me,) weigh the opened ones, tally tins of fish; then to the lighting plant room to check diesel, oil, and water pump petrol; the stable for horse feed; milking shed for dairy mix. The tool shed follows – hoes, picks, spades, axes, etc. Subtract tools issued out, to be checked infield. ORDER was the vital protection against lethal red-pen fire: the atmosphere would freeze to a mind-numbing chill as you wrestled, sweating, with chaotic stooks of hoes, picks, and deadly sharp axes entangled in a 20 metre web of lining-out rope, lumps of dried mud from unwashed hoes thudding about and into your boots, the auditor's eyes now titanium in granite, red pen almost igniting the page between tattoos of irritated tapping on the clipboard. Then the Inventory; tables, chairs, filing cabinet…..(adrenalin punches you as you scrabble feverishly through drawers… ‘Please, god, what did I do with the Abney Level??!!’)

Field check
It's not finished yet. There's the field check still. The head count is 50, and 50 he will see. Each worker has a ticket recording attendance, wage, and tools issued. You do the talking, in Zulu. C-a-r-e-f-u-l! The Colonel speaks Zulu, something a number of foresters have discovered too late! Unsigned tickets attract interrogation; the red pen flashes to the clipboard.

Back in the office, the daily records are added up, and balanced with the code book. Too tired yesterday to allocate the codes? 'Cardinal Sin' goes down in red capitals. Promotion prospects begin to recede. By now, your nerves have adjusted downwards to the maximum permitted level of agitation. At last, shuffled gathering of papers signals the departure of this creature of steel. You stand with bated breath. “Oh, I haven't seen the milk cows.” And it's out again to find them…

A vice-like handshake, even a faint flicker of a smile. “Well done.” You watch till the Corolla has crested the hill. Was this morning part of a different lifetime???

The Zulus (and other tribes) have a charming way of giving their bosses a nickname based on a physical characteristic, or more commonly, behaviour or character. uMamba was very apt. Some others come to mind: Pelepele, the Chilli, for a temper that flares (but doesn't burn for long). Mathulela, the Quiet One who doesn't talk much. Makhala, the Nose. Dum'isiso, Thunder Guts! Mehlomamba, Big eyes. Majamela, the one who glares at you. Nyonende, Long Bird for a tall thin man (could be a heron, although that is not the Zulu for one) uF****`s Sake!, the first words of one particular manager when a problem was reported. It may be apocryphal, but one I was told describing an unfortunate farmer who walked with a staggering limp was uBhayisekili, short for Ibhayisekili ingeno uhlwayi or bicycle (wheel) without bearings. Cruel, but the word picture is compellingly descriptive and in no way intended to insult.

Autumn is fast approaching, and the grass has pretty well stopped growing. Spraying traces (note—no 'r'  in trace) at this time has several advantages: appropriate timing, minimal labour, safe and relaxed, low costs, ready to burn in a week, impresses the neighbours. Offset the belt a little from last year's one – repeated application of a dessicant along the same line gradually reduces the grass cover, and a patchy belt is ineffective. Two traces a suitable distance apart enable a safer burn later on. Check your fire equipment now, as well as in April, to beat the rush on spares and worn stuff.

Drink deeply of the Autumn air: the auditor will probably only get to you in the winter, when you're already stressed to hell.