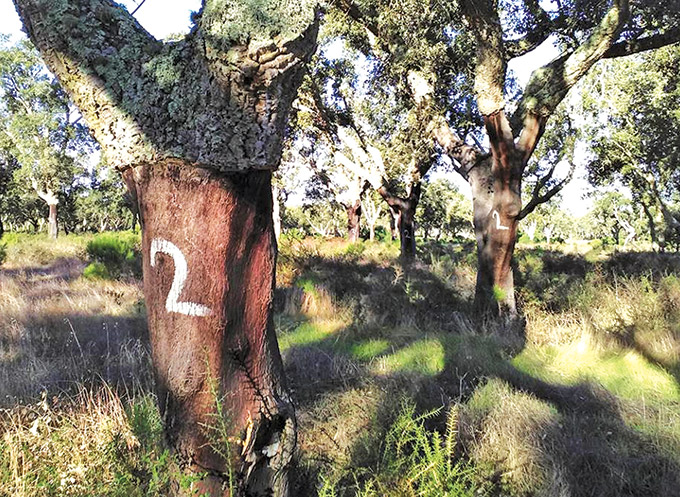 While recently in Portugal, I found myself reminiscing about some of the great sea farers who had such close ties with South Africa. The two most well-known are of course Bartholomew Dias, who claimed South Africa for Portugal when he landed in the Cape as early as 1486, and Vasco da Gama who recorded a sighting of the Cape of Good Hope in 1497, en-route to India.

Today the Portuguese community in South Africa numbers over 300 000.

Portugal is located in the extreme southwest of the European continent. In the North and East Portugal borders with Spain, its only neighbour, and forms the Iberian Peninsula. To the west and south lies the Atlantic Ocean. Despite its small size, Portugal has significant climatic differences due to latitude, the ocean and relief. The forests in Portugal have experienced strong human intervention over many centuries.

Portugal has 3,2 million ha of forests – nearly three times that of South African commercial forestry land, comprising around 35% percent of the country and making it the EU country with the 12th largest forestry area. Scrub forest represents another 30% while agriculture makes up a quarter of the land area.

It is one of the European countries with the highest biodiversity – also in its forest ecosystems. There are several forest types of which the most common are the oak forests, pine forests, Eucalyptus forests (exotic), cork oak forests, sweet chestnuts stands and Laurel. Some of the forests are very special due to their history, the amazing landscapes, unique trees, biodiversity or for their educational and scientific value. 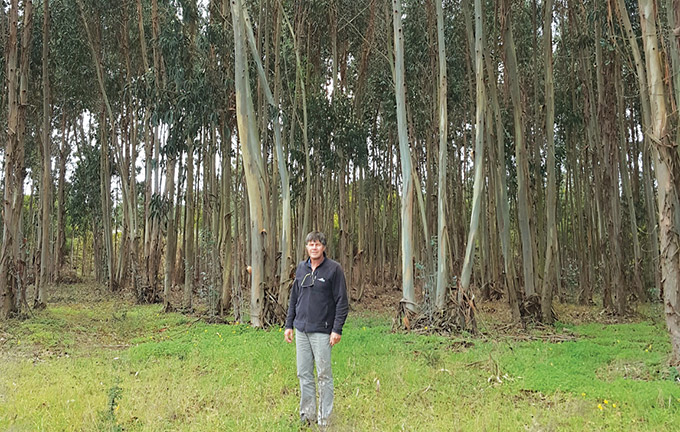 Pinus pinaster
Pinus pinaster forests expanded in the early 14th century. This was mainly due to the initiative of private forest owners, although Public Forest Services has also contributed to the afforestation of coastal dunes and common land as part of dune reclamation and erosion control efforts. Today Pinus pinaster is commonly used for production of sawn timber, but this forest type is under threat from forest fires and pests. P. pinaster forests also have social value in the rural environment, such as providing grazing, hunting, mushroom production or resin tapping.

Cork oak (Quercus suber) forests, occur in agro forestry semi-natural systems that have multiple uses – the major one being the production of cork that became famous because of its use in the wine industry, but today is used in a variety of other products. These stands are very important ecosystems in terms of biodiversity and multi-functionality. These forests have a high biodiversity and are considered a national heritage and enjoy legal protection.

Sweet chestnut (Castanea sativa) forests are used for timber production (carpentry, joinery and furniture) and for production of chestnut fruit. Chestnut is the main dry fruit produced in Portugal and holds the 3rd place in chestnut production in Europe with an average production of 30 000 tons. 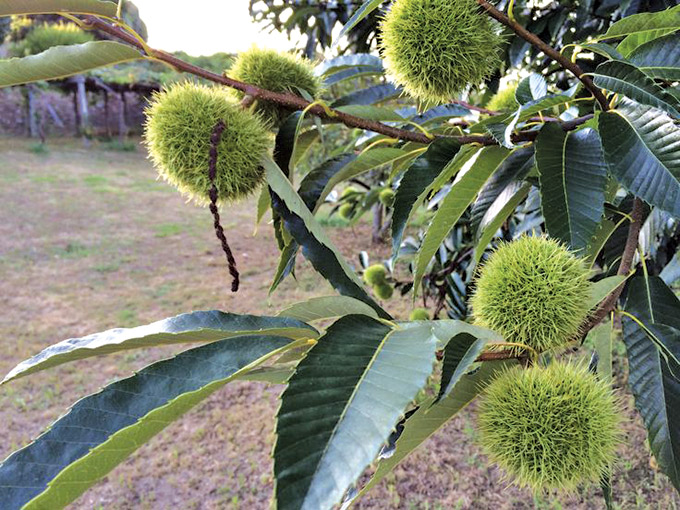 Sweet chestnut tree, valuable for the fruit and its wood.

The forestry ownership pattern is quite unique in Europe, with 92% privately owned by small holders. A further 6% are community owned and only 2% state-owned. Portugal has more than 400 000 forest land owners, with nearly 400 000 ha FSC certified.

The forest sector is of significant importance in the Portuguese economy, representing 2,1% of GDP and employing around 100 000 people.