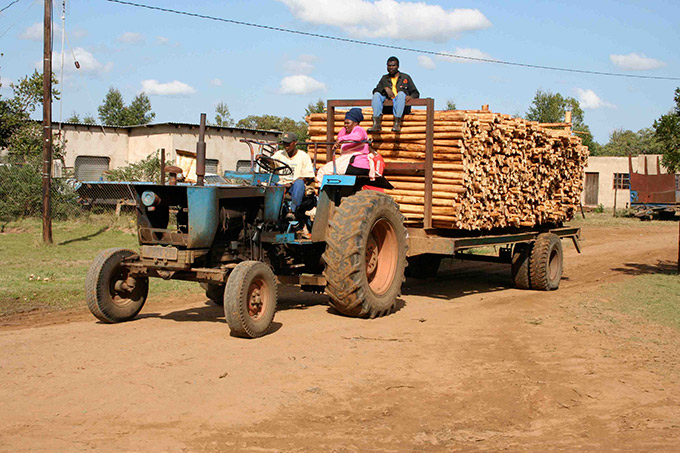 Delivering freshly harvested timber to a depot in Sokhulu, Zululand. Forestry has become a mainstay of the local economy.

An exciting project to assist small-scale growers in Sokhulu area of Zululand to rejuvenate their forestry businesses by re-establishing their plantations with better-adapted, pest-resistant trees has been launched.

Small-scale grower plantations in the Zululand area have been devastated by Leptocybe Invasa and other pests and diseases over the past few years, and productivity has dropped as a result. This has been exacerbated in some instances by poor silviculture and harvesting practices and repeated coppicing. Some of these plantations are currently on their fourth rotation without re-planting.

According to Norman Dlamini of FSA, 75% of the small grower plantations in Sokhulu are producing below 50% of their timber potential, and are in urgent need of re-establishment.

Project Resos Flo, as it is called, is a collaboration between Forestry South Africa and the King Cetshwayo District Municipality. It aims to re-establish 3 326 ha of plantations owned by small scale growers in Sokhulu over a period of eight years with well-adapted, pest-tolerant Eucalyptus and Corymbia trees. 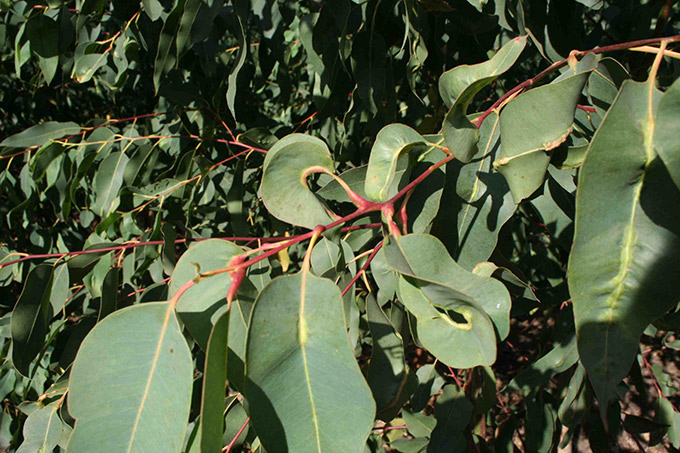 This will provide a massive boost for the growers’ forestry businesses, increase the availability of locally sourced fibre and poles, and create additional jobs.

Mondi, NCT, and Sappi have come on board as implementing partners for the project due to their footprint in the area and their existing relationships with the growers.

The King Cetshwayo DM will kickstart the initiative with a pilot project to re-establish 67 ha, including demo plots that will test the suitability of different Eucalyptus and Corymbia clones and seedlings.

The project has its origin in a project titled ‘Beat Leptocybe’ submitted to DAFF by FSA for consideration as one of the Legacy Projects of the World Forestry Congress 2015. The aim was to re-establish 13 800 ha of small-scale timber plantations in northern KwaZulu-Natal that have been devastated by L. invasa.

The proposal was accepted by DAFF and announced as a WFC 2015 Legacy Project, but there has been no financial support allocated to the project.

In 2016, the King Cetshwayo District Municipality (then uThungulu DM) showed interest in assisting small-scale timber growers in the Sokhulu area which falls within their boundaries, and which was one of the target areas of the Beat Leptocybe Project.

Consequently King Cetshwayo DM provided funds for FSA to develop a business plan that would outline the total funding requirements and the benefits of small grower plantation re-establishment to the people of Sokhulu.

Now the King Cetshwayo DM has allocated funds to implement the pilot project, and is using the Business Plan to raise funds for the roll-out of the project to re-establish 3 326 ha of degraded plantations owned by small-scale growers in Sokhulu. 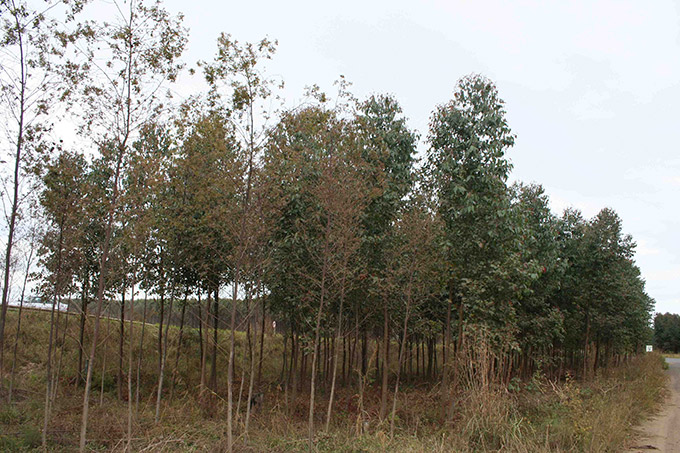 The trees on the left have been devastated by Leptocybe invasa. Those in the background are a pest tolerant clone.

A history of tree farming

The small-scale farmers in Sokhulu have been growing timber for decades. Many of them are closely associated with corporate outgrower schemes run by Sappi, Mondi and NCT, and supply timber for local pulp markets and woodchips for export. A limited volume of small grower timber is sold to pole treatment markets.

Consequently forestry has become a mainstay of the local economy, and many households derive an income from it. However over the years much of the plantation resource has been devastated by pests like Leptocybe, as well as by fire and poor silviculture practices. In some instances the original growers have since passed away without succession plans and their plantations have been abandoned.

It is estimated that there are 4 700 ha of plantations in Sokhulu, including the DAFF plantations outside of the RBM lease area. Some 3 326 ha of this is degraded and needs to be re-established, and is the target of Project Resos Flo. 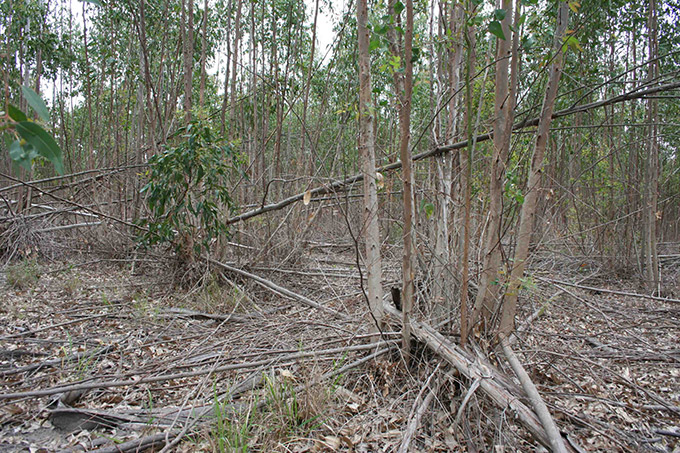 Uncontrolled coppicing in a small grower compartment in Zululand.

The plan is to replant 665 ha/year for five years, involving around 242 growers.

Total cost for the 8-year project is R 55.7 million of which R8.9 million direct costs would be subsidised by the industry. This would come in the form of good planting material (seedlings and clones), plus technical support and extension services.

Climate, soil and topography in Sokhulu make it ideal for growing timber. The gross income that will be generated by tree production (including non-timber forest products) is estimated at R515 million with a gross profit of R306 million accruing to the small-scale growers (at today’s prices and costs).

It is anticipated that the project could generate 172 sustainable jobs once harvesting commences in year eight.

The Business Plan suggests that additional programmes are needed to assist the tree farmers to generate an income in the years between timber harvests; and that a grower co-op be established before the conclusion of the project to manage the timber resource into the future.