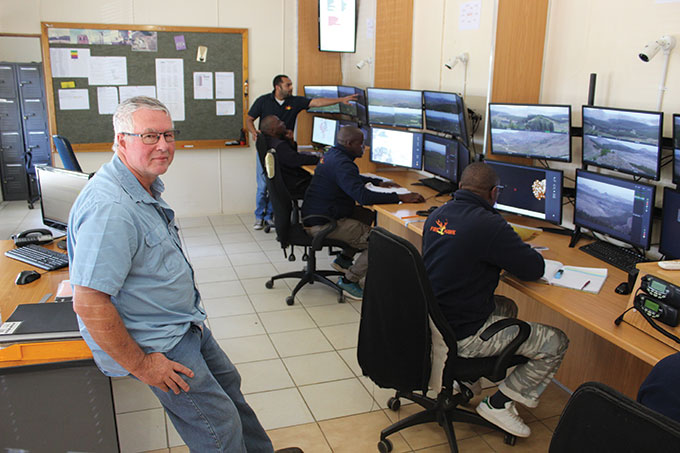 Fire protection associations (FPAs) in KZN are evolving beyond their traditional role of wildfire monitoring and incident management to tackle the clearing of invasive alien plants (IAP) in partnership with government and the private sector.

Through this process they are building their capacity and resources, providing training and jobs for people in adjacent communities, improving stakeholder relationships, restoring natural vegetation in sensitive valley bottoms – and reducing fuel loads which lessens the intensity and risk of wildfires.

Two FPAs that have taken this route are the Richmond FPA and the Zululand Inland FPA, both of which monitor vast tracts of land through a network of high tech surveillance cameras.

The catalyst for this work came from Mondi Zimele, which has partnered with the Richmond and Zululand Inland FPAs to access funding through the DEA to clear IAPs on Mondi land, which includes land reform farms leased from communities. Commencing in 2016, the DEFF and Mondi provided matching funding, and the FPAs manage the IAP clearing operations.

Mondi Zimele has also provided ongoing business development and support to the FPAs, as well as the contracting teams engaged in IAP clearing operations.

“We secured a three-year contract in 2014 to manage IAP clearing on Mondi’s conservation areas in the uMkhomazi catchment with funding from DEFF and Mondi,” explained Terry Tedder, Richmond FPA’s fire protection officer (FPO). 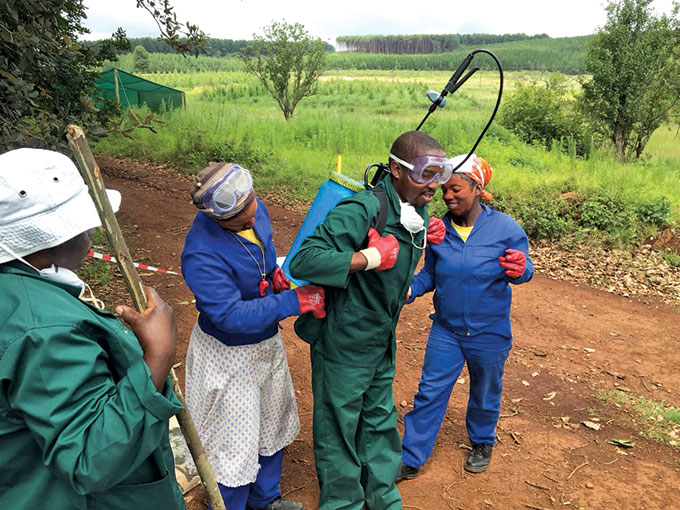 A year into the contract the Richmond FPA was approached by DEFF to take over management of 17 Working for Water teams, comprising an additional 220 people. These teams are working on communal and private land in several river catchments, clearing IAPs, reducing fuel loads, improving access and helping to reduce fire risk.

Terry says the Richmond FPA has employed two additional staff members to manage the IAP clearing teams. He says the IAP clearing contracts have strengthened the FPA in terms of financial and human resources, as well as building stakeholder relationships.

The Richmond FPA also manages a Working on Fire team which assist with the burning of fire breaks, fighting fires and raising fire awareness in surrounding communities, an important aspect of their integrated fire management strategy. 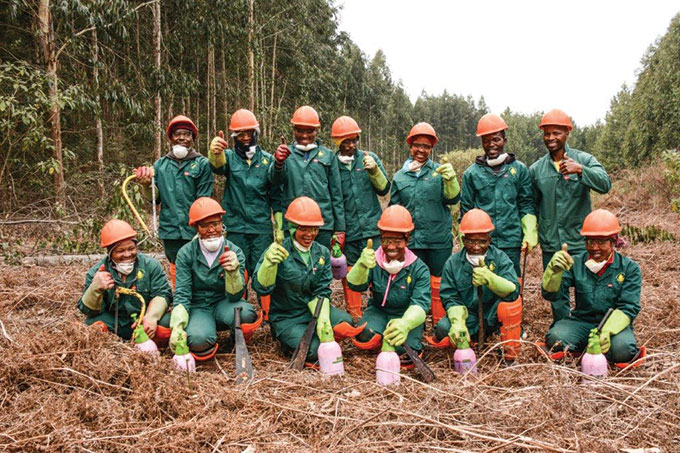 Above and below: Working for Water teams clearing IAPs in Donnybrook, KZN. 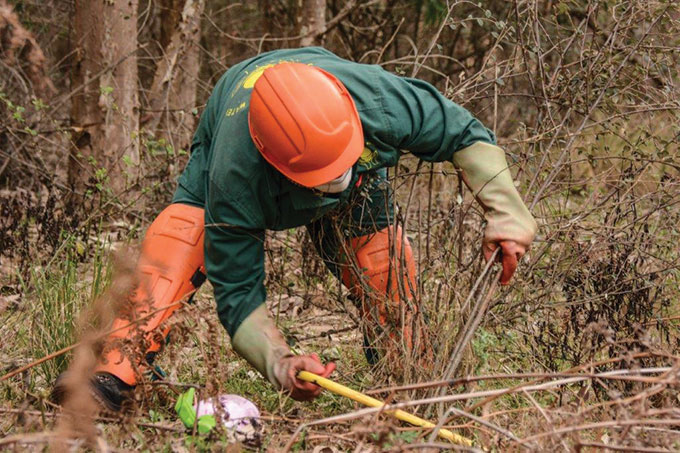 Zululand Inland FPA FPO Johan le Roux said they are currently negotiating a similar contract with Sappi, and other private farmers in the area are keen to come on board as well.

“At first the private farmers were not that keen to give our teams access to their land, but now they have seen the benefits and they want to get involved,” said Johan.

Johan said that the IAP clearing contracts have given the FPA more capacity to tackle IAPs on communal lands, and to prepare strategic firebreaks that protect community land and houses as well as FPA members’ land.

One of the key benefits, according to Johan, is that this work enables the Zululand Inland FPA to create job opportunities (the FPA provides jobs for 72 people) and build relationships with stakeholders, including local communities, who appreciate the fact that the FPA is protecting their land as well as paying members’ land. The Zululand Inland FPA covers a massive area close to one million ha, and only 20% of the land owners are paying members, so building relationships and fire awareness in the wider community is imperative.