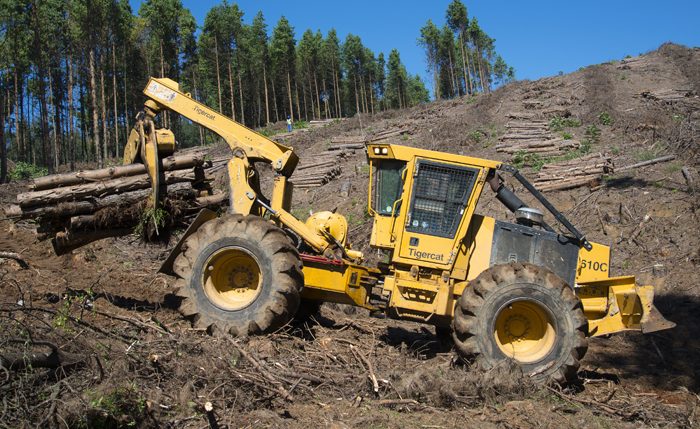 Tigercat 610C skidder in action in a steep compartment.

With 300 employees, (including hand-fellers, peelers and stackers) and eight sets of tractor-trailer short-haul transport systems, Grant Rankin has been involved in manual felling operations for many years. He traditionally sought out gum and pine contracts in flat terrain and also had the know-how and specialised peeling labour required to harvest wattle plantations while delivering high quality bark to the tanning markets.

However, back in 2011, Grant bid on a Mondi wattle contract that involved steep terrain. There is no way that he could tackle such a contract with tractors and trailers being loaded infield by three-wheelers.

Grant made the decision to change his short haul system by purchasing a skidder. After evaluating the different options, he selected a Tigercat 610C skidder supplied by AfrEquip. “One of the reasons, we chose Tigercat over other brands is the fact that the machine was going to be working on steep hills with dropouts and we liked the idea of the hydrostatic braking,” explains Grant.

In addition, the size and capacity of the machine is optimally matched to his operation. “I'm very happy with the production and how it works. I used a smaller skidder at one time and realized that I had too much work for a smaller machine. Lacking both in speed and load capacity, it only did half the production of the 610C.”

The trees are felled, de-branched, crosscut and stacked in grapple sized bundles by hand. The skidder averages about one tonne loads with fairly short distances and mainly uphill skidding.

“The skidder is the crux of the whole operation,” explains Grant. “If it stands, nothing gets delivered.” So Grant is totally reliant on the machine and demands very high mechanical availability. He can cycle through the tractors, overhauling at planned intervals but with the skidder, it is a different story. The machine works a single 12-hour shift including the operator’s daily maintenance procedures. “This terrain is too steep and dangerous to work at night,” comments Grant. The 610C has achieved production as high as 350 tonnes per day but typically nearer 220 tonnes.

Tigercat product support representative, Jeff Cave, fitted the machine with oversize custom fenders to keep the logs from hitting the rear tyres, while not so large as to catch the ends of the 2,5 m logs when lifting the grapple.

Grant explored other skidding methods, namely cabling the bundles. While the payload is larger, Grant decided against it, opting for fewer men on the ground near the skidder. (His skidding system can work with no men on the ground whereas the cable method requires two men to feed and attach the cable and one additional man at the loading area to release the load). The reliance on the extra manpower for the skidding function and the safety issues related to having people on the ground near mobile machinery swayed him toward the grapple method.

To date, the machine has racked up over 11 000 hours with very little in the way of unplanned downtime. Now armed with the Tigercat skidder, Grant is far more flexible in the type of contracts he can bid on, going after terrain that would have been impossible to access with three wheel loaders and a tractor.

Grant’s Tigercat 610C is supported out of Pietermaritzburg, one of AfrEquip’s five support locations. If you, like Grant, would like to own a Tigercat 610C, contact Flip Breytenbach, AfrEquip National Sales Manager, on 072 708 9091. 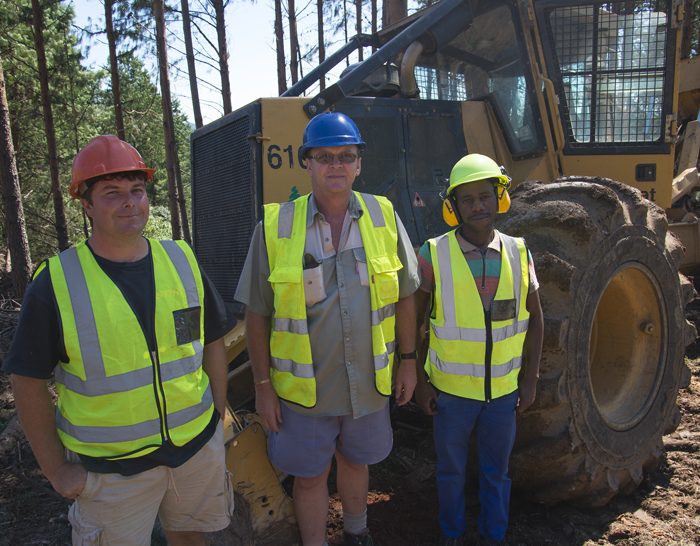 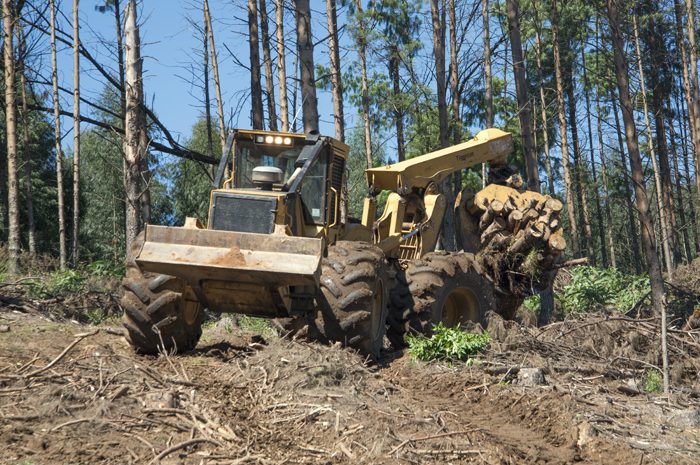