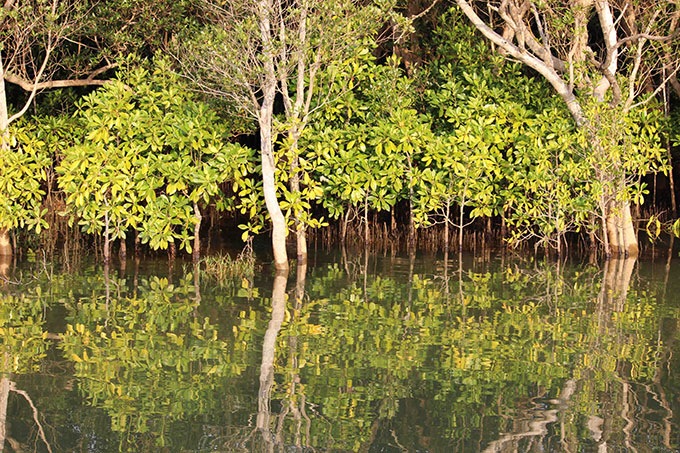 Mangroves are disappearing at an alarming rate, with conservationists across the world striving to save them from local extinction. These nearshore forests that straddle land and sea provide a wide range of vital services including coastal protection, carbon sequestration and a nursery for many species of fish and crustaceans.

In a recent webinar hosted by the Commonwealth Secretariat to mark World Mangrove Day on 26 July, scientists and policy experts discussed how to ‘unlock’ the wealth of mangroves, by regenerating these extraordinary ecosystems.

“Mangroves are rare ecosystems that support rich biodiversity and provide a valuable nursery for fish and crustaceans. There is a range of livelihoods connected to mangroves, ranging from fisheries to tourism,” said Hasanthi Dissanayake, Director of Ocean Affairs, Environment and Climate Change at the Ministry of Foreign Relations of Sri Lanka.

Mangroves in South Africa
Mangroves occur in 37 estuaries and lagoons along the east coast of South Africa, from Kosi bay in the north to the Nahoon estuary near East London in the south. The Kosi, St. Lucia, Mfolozi and Mhlathuze estuaries account for around 75% of South Africa’s mangroves which cover a total of only 1 688 ha. The Mngazana Estuary just south of Port St Johns is the third largest mangrove forest in SA (118 ha).

There has been little change in mangrove coverage since 1982 according to Gonasageran Naidoo of the University of KwaZulu-Natal, author of Mangroves of South Africa: An Ecophysiological Review published in the SA Journal of Botany in 2016. However he said that there is a critical need to re-evaluate the distribution of mangroves in South Africa more accurately.

An earlier study by JB Adams, BM Colloty and GC Bate of the University of Port Elizabeth found that mangroves, which previously occurred in 17 estuaries in the former Transkei, now only occur in 14 estuaries. The reasons cited for loss of mangroves along the Transkei coast include the harvesting of mangrove poles for building houses and animal enclosures, coupled with a lack of environmental protection from conservation authorities.

Lack of appreciation and understanding of the value of mangroves is still a concern as population and development pressures continue to mount wherever rivers intersect with the coast. In KwaZulu-Natal alone, mangroves have been removed from the Isipingo, Mgeni and Mkomazi estuaries to make way for industrial and residential development. Some 200 ha of mangroves have also been removed from Durban Bay to make way for harbour development. 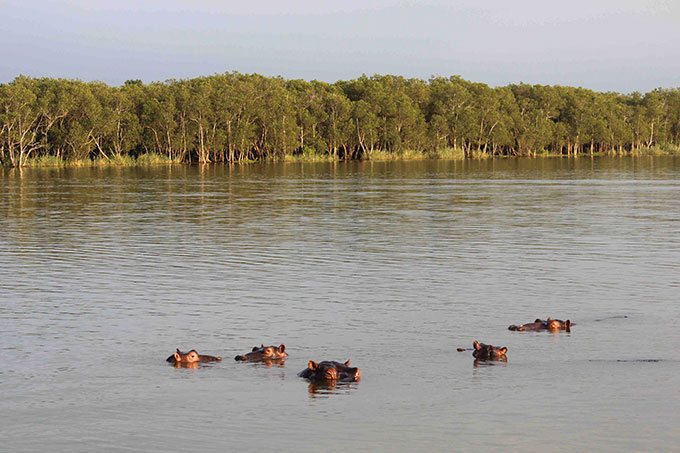 Lake St Lucia is at the heart of the Isimangaliso Wetland Park, a World Heritage Site that supports amazing biodiversity including extensive mangrove forests and wildlife. It is situated on the east coast of South Africa near the border with Mozambique.

One of the Webinar panellists, Rahanna Juman, Deputy Director at the Institute of Marine Affairs in Trinidad and Tobago, cited a mangrove-replanting project in an area that had been cleared to construct a pipeline. To bring back the mangroves, her team first restored the natural topography and flow of water to the area, then replanted more than 260 seedlings.

However, very few survived in comparison to mangroves that naturally recolonised the area, once it was back to the original environmental conditions. Dr Juman advised: “Mangrove planting should be the last option”.

Judith Okello, an ecologist from Kenya’s Marine and Fisheries Research Institute, emphasised the importance of engaging local communities who are a key source of information to guide and facilitate mangrove restoration work.

Ecosystem services supplied by mangroves
• Mangrove wood is dense and is used by local communities for wood and charcoal
• Coastal shore protection
• Water filtration: 2-5 ha mangroves can treat effluent from 1 ha aquaculture
• More than 3 000 fish species are found in mangrove ecosystems
• Carbon storage potential of mangroves is 3 – 5 x higher than tropical upland forests
• 50% of global mangrove cover has been lost in the past 50 years

Drivers of mangrove loss include logging, agriculture, aquaculture, pollution (mangroves aerial roots through which they obtain oxygen can easily be smothered by pollution, sludge etc) and coastal development.

Did you know …
• 726 tonnes of coal emissions are offset by 1 ha mangrove forest
• Mangroves are particularly effective at carbon sequestration, burying atmospheric carbon in below ground biomass.
• Worldwide, oil pollution is a serious threat to mangroves as oil settles with the tide in low wave energy areas and smothers aerial and feeder roots.
• Sri Lanka is the world leader in mangrove conservation.
• Restoring the physical environment, (the tidal hydrology) allowing natural colonisation to occur, is the only effective way to restore mangroves.

Related article: Latest report on the state of the world’s forests