Biomass power plant to be built at Sappi’s Ngodwana mill 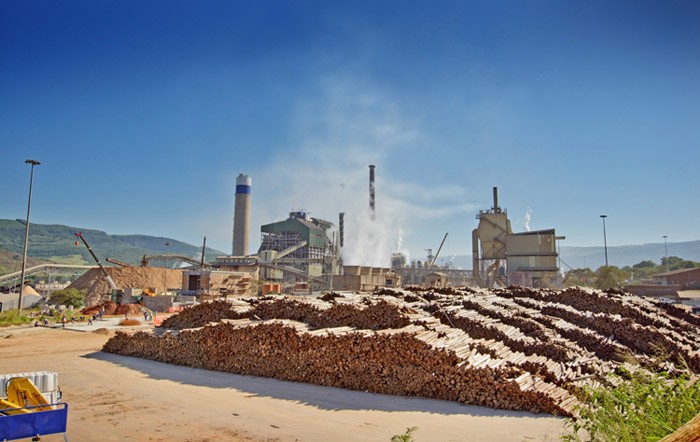 Sappi Southern Africa is set to build a 25MW biomass power plant at its Ngodwana Mill in Mpumalanga.

This follows the selection of Sappi’s Ngodwana Energy Project as the preferred bidder of the Department of Energy’s Renewable Independent Power Producers Procurement Programme. The power plant will utilise plantation biomass to produce energy for the national grid.

This project will have a positive ripple effect into the regional and national economy during the construction phase and beyond through job creation and value addition, not to mention the sustainable supply of electricity into a national grid unable to meet rising demand.

This project follows hard on the heels of Sappi’s recent R3 billion Ngodwana Mill expansion and modernization which created the capacity to produce 220 000 ton per year of dissolving wood pulp.

Sappi’s project partners are Fusion Energy and KC Africa. Community participation will be secured through the Ngodwana Energy Employees Trust and Ngodwana Energy Community Trust, which will each hold a 5% stake in the project.

ELB Engineering Services has been appointed as the engineering, procurement and construction contractor for the project.

The project will contribute to the growth and development objectives of the National Government, Mpumalanga province, the communities and businesses in the vicinity as well as Eskom and the citizens of South Africa. The value added by Ngodwana Energy to the Mpumalanga region and National Government over the term of the PPA is significantly higher than alternate renewable energy technologies due to the extent and impact of value creation. Significant ongoing value is created due to the nature of biomass projects and the monetary and job creation spend across the Project value chain; from collecting biomass in the plantations, through plant and equipment contracts, to community impact through the Trusts and the economic development and socio-economic development spend as well as shareholder returns.

KC Africa’s President, Ki Kyeong Kim’s commented: “This successful bid for Ngodwana Energy is a big achievement and a giant step for KC Africa and for our parent company, KC Green Holdings in South Korea. It is an honour to be able to jointly cooperate and develop with Sappi and Fusion on such an important project and to be able to contribute to the building of sustainable renewable energy in South Africa.”

Globally Sappi has developed and constructed five hydro, two gas and 31 steam turbines which generates around 800MW of renewable power on 14 sites across seven countries.

Only a small number of biomass projects are currently operating within the South African renewable energy market.

The benefits of using biomass fuel for electricity generation are clear:-

•    Biomass power has a high load factor (Base Load) in the region of 200 000MwH per annum (90 % in comparison to other technologies which have 30 - 40% availability factors);
•    The value chain creates higher employment in operations;
•    This is technology proven over many years;
•    The forestry industry is not as affected by seasonality and climatic conditions in contrast with annual crop supply chains;
•    Unlike coal the forestry industry can reinvest in raw material supply by replanting trees for future use as an energy source.

Mozambique Timber Farming, which has established a pioneering plantation forestry business in Mozambique, is seeking the services of a General

It is with great sadness that the Kwamahlati Training Services team reports the passing of one of their key members,

NCT Forestry held a highly successful field day at their Enon forestry farm near Richmond in the KZN midlands recently.