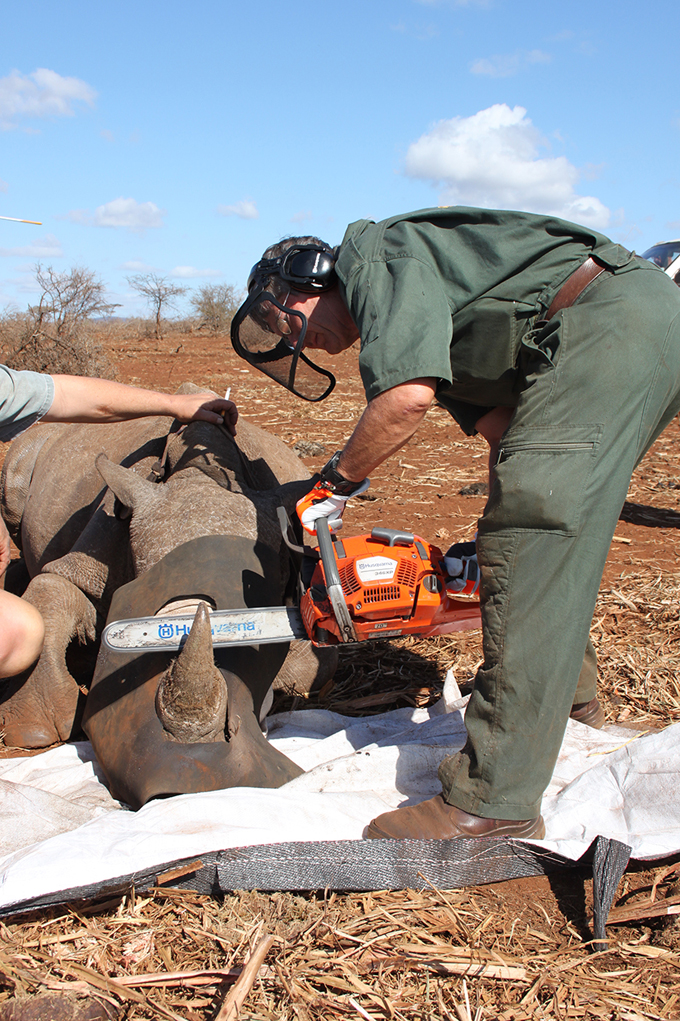 Dr Mike Toft dehorning a rhino before poachers get to it.

A rhino dehorning campaign is proving highly successful in the fight against rhino poaching. The practice is gaining momentum in KwaZulu-Natal, as more and more private game reserves are dehorning their rhinos before the poachers can get to them.

The process was first used to help reduce poaching pressure in Zimbabwe in the 1980s. When rhinos are dehorned professionally, the horn is taken above the growth layer of the skin. Rhino horn is like a fingernail: you can cut it or trim it without stopping continued growth. But poachers brutally uproot the entire horn from its base under the skin in the bone.

Dr Mike Toft of Kifaru Wildlife Vet Services in Zululand is spearheading the campaign to dehorn all rhino in private reserves – and with the help of equipment from Husqvarna, has so far dehorned about 150 of the massive beasts.

“I approached my clients with the idea late last year because the poaching pressure here has been relentless,” he said. “Zululand Rhino Reserve was the first to come on board, and since then, we’ve carried out the process at almost all of the private rhino-owning reserves in the province.”

Dr Toft has added a Husqvarna battery-powered chainsaw and a battery blower to his tool kit. Battery products are fuel free and thus produce no harmful emissions. They are also much quieter than their petrol equivalents and lower noise levels results in less anxiety for the sedated animal.

The vet uses a Husqvarna petrol chainsaw to remove the horn, and the battery saw for the finer trimming. He said the Husqvarna blower played a vital role in keeping the rhino’s core body temperature down, which was particularly important during the dehorning procedure, especially over the hot summer months. 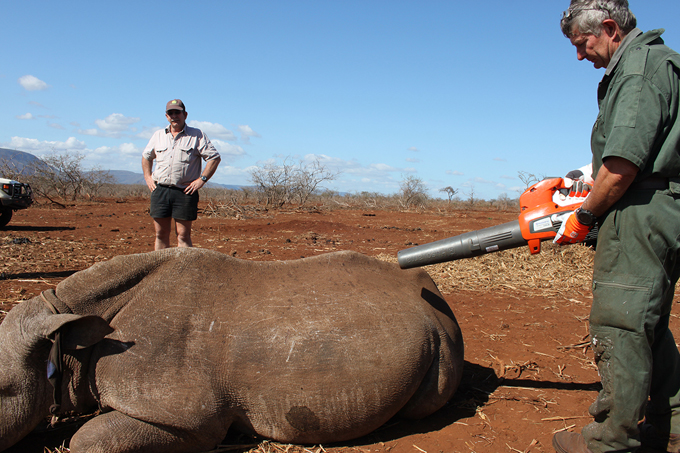 The blower helps keep the rhino cool during the dehorning process.

“We use a thermal imager of the rhino to assess the efficacy of the blower: you pour water on first, and then blow ... it really works well to drop the surface temperature. It’s a great product, very portable, and works equally well in static transport crates when the rhinos are confined for transport. It is hard to get air flow until the truck moves – so the Husqvarna blower is ideal for this.”

“So far so good. Poaching pressure has dropped off, and only two rhino on private reserves have been lost – and that was before the dehorning process started. I believe we can reduce poaching by up to 80% by dehorning.”

One rhino horn can sell for up to R150 000 locally, but easily fetches as much as R5 million in the East, where it is highly prized in traditional Asian medicine. It is ground into a fine powder or manufactured into tablets to treat various illnesses.

If a rhino is dehorned without cutting into the skull, it can grow back to almost full size after three years. However, if the rhino’s skull is cut into while being dehorned, it could complicate or completely compromise the regrowth of the horn – which is why professional dehorning with the right tools is so important.

“We are extremely committed to this project, and are thrilled that our diverse range of equipment is being used for a cause as worthwhile as saving the rhino,” commented Husqvarna South Africa’s marketing manager, Jacqui Cochran. 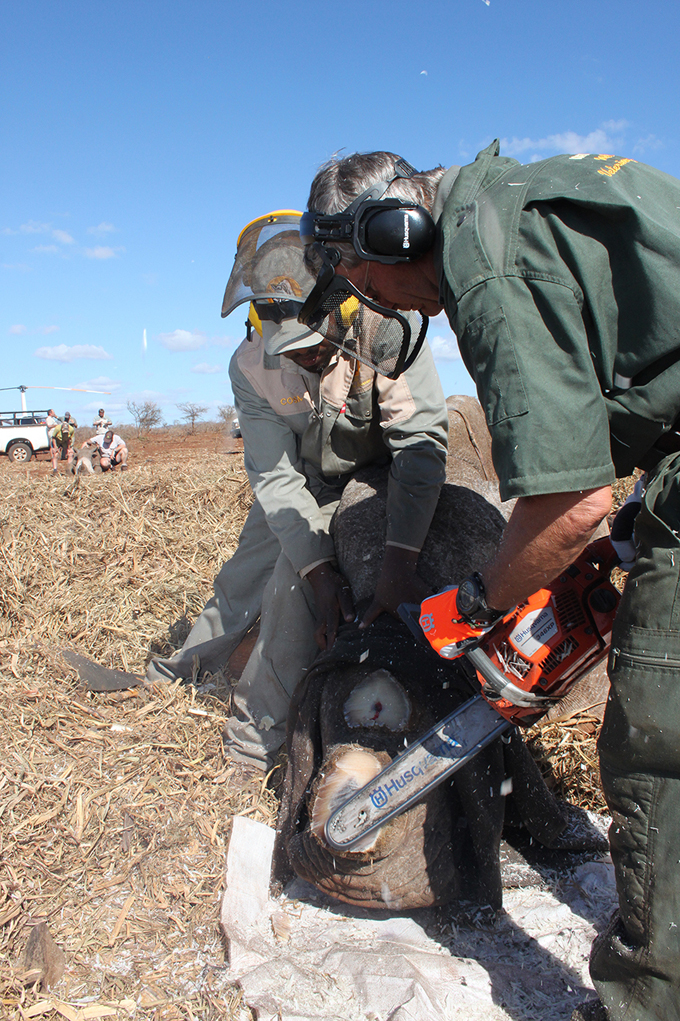