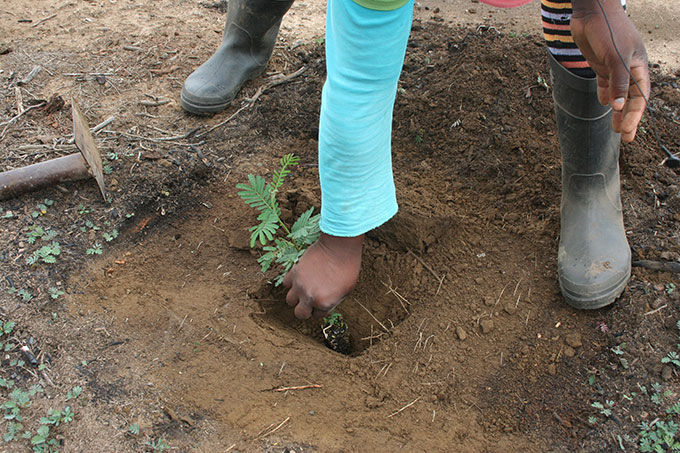 While this wage increase will be good news for forestry workers, it is likely to be a challenge for many employers involved in the forest sector – particularly those reliant on manual operations – as their wage bill faces a hefty increase from March 1st.

Poor timing
According to Francois Oberholzer, Operations Manager for Forestry South Africa (FSA) which represents the majority of growers in South Africa, the timing of this wage increase is particularly unfortunate.

“The State has a history of poor timing and implementing major changes when conditions could not be worse,” commented Francois. “The implementation of the minimum wage should have been timed during periods of high growth and low unemployment. This increase comes when the country is experiencing record high unemployment and when businesses are the least profitable they have ever been.

“FSA did make a submission to the Minimum Wage Commission’s proposed increase. Like other industry associations in the agriculture sector, our recommendations were unfortunately not successful. As an industry we support the objectives of the Act regarding the need to eradicate poverty and inequality, but we would have preferred to see a phased approach to the equalization of the minimum wage.

“The 16% increase in minimum wage will without a doubt place a lot of pressure on the forestry sector. This is exacerbated by low international prices for dissolving pulp since 2019 as well as a poor production year in 2020 due to the pandemic that saw a 15% decrease in volumes produced year on year.”

According to FSA, this minimum wage could result in further job losses and increasing mechanisation in the forestry sector.

“It is a bit early to estimate any levels of job losses,” said Francois. “The forestry sector in many instances pays wages above the minimum wage. This is unfortunately not the norm and FSA will soon conduct a survey to quantify the impact of the significant increase in minimum wage which will provide some insight on possible job losses.”

Small-scale growers
Does this increase put wages out of the reach of most small-scale / community forestry operations … meaning they will likely be unable to comply, which has other consequences, e.g. they can’t get certified if they don’t comply with the minimum wage?

“The small and medium growers will undoubtedly be most severely affected,” continued Francois. “We do hope that all growers that will not be able to implement the new minimum wage apply for the exemption offered by the State.

Unfortunately, the exemption is only a one-year deferment and most small-scale growers will find it difficult to comply to the new minimum wage the following year. More information on this exemption is available on our website www.forestrysouthafrica.co.za.”

Not enough
Jerry Nkosi of the Chemical, Energy, Paper, Printing, Wood & Allied Workers’ Union (CEPPWAWU), which represents some 3 000 forestry workers, welcomed the increase in the minimum wage, but said it wasn’t enough to address the inequalities in the South African labour market.

“CEPPWAWU welcomes the announcement by Government that the NMW for the forestry and farm workers will increase from 1 March 2021,” commented Jerry.  “However, given the inequality and the big gap between the income of forestry and farm workers compared to other sectors, the increase is not much significant. An increase is an increase but it is the value that counts. Is this a valuable increase? Yes. Does it address the gaps and inequalities? No.

“It is in this vein that CEPPWAWU is advocating for the amendment of the Constitution for the Wood and Paper Bargaining Council to include forestry. This will allow forestry workers to be covered by the Council and allow the Union to negotiate for them centrally.”

The forest sector currently employs around 59 000 people directly across South Africa. Latest figures show that nationally unemployment is edging above the 40% mark, with the majority of jobless people residing in rural areas.