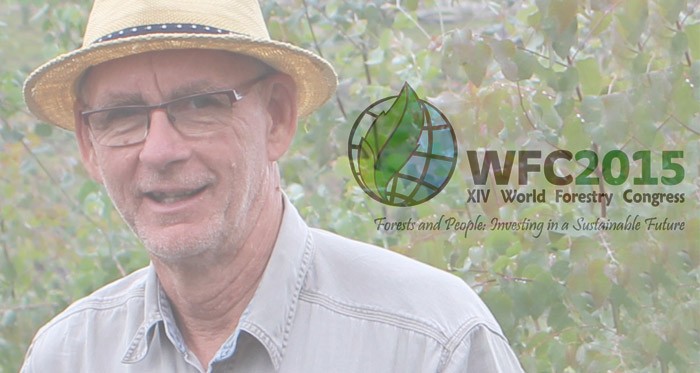 The World Forestry Congress is all set to kick off at Durban’s International Convention Centre on Monday 7 September.

Jacob Zuma, President of the Republic of South Africa, Prince Laurent of Belgium, Special Ambassador to FAO for Forests and the Environment, and Nkosazana Dlamini-Zuma, Chairperson of the African Union Commission, are among speakers who will open the Congress on Monday.

Already a number of pre-congress events have taken place in Durban. An FSC event, In Good Company, focused on the new strategy that the organization has developed to achieve its aims and meet the needs of members.

“We examined who we are … we have not been a strong enough tool for tropical forests – or for small-holders and communities … We need to make our organisation simpler, leaner, more focused on actual outcomes,” said FSC Director General, Kim Carstensen.

The new FSC strategy is built around four commitments:-
•    Increased focus on outcomes – not just on rules, but rather on activities that make a difference on the ground.
•    Empowering people – we will bring people together to find solutions.
•    Developing alliances to advance FSC aims and objectives.
•    Becoming more customer and user oriented.

Kim said that the new strategy would be implemented over the next few years. The work would involve finding a new balance between global consistency and local relevance and strengthening the influence of FSC in the marketplace.

A panelist at the conference, Viv McMenamin of Mondi and Forestry South Africa, said that FSC better be quick to implement its new strategy because there is a lot of debate going on within the South African forest sector to find faster, cheaper certification systems that are more responsive to the needs of members.

“We can’t have a bureaucratic, inward-focused FSC – we need a faster, more responsive FSC,” said Viv.

One of the issues highlighted at the conference was that 90% of wood harvested in Africa is used for fuel wood. These activities are largely not certified – they fall outside of the influence of certification organisations like FSC. So in order to halt deforestation and unsustainable, firewood-gathering practices, another strategy is required.

Another pre-congress event held at the ICC was the Research Symposium hosted by the South African based Institute for Commercial Forestry Research (ICFR) and the International Union of Forest Research Organisations (IUFRO). 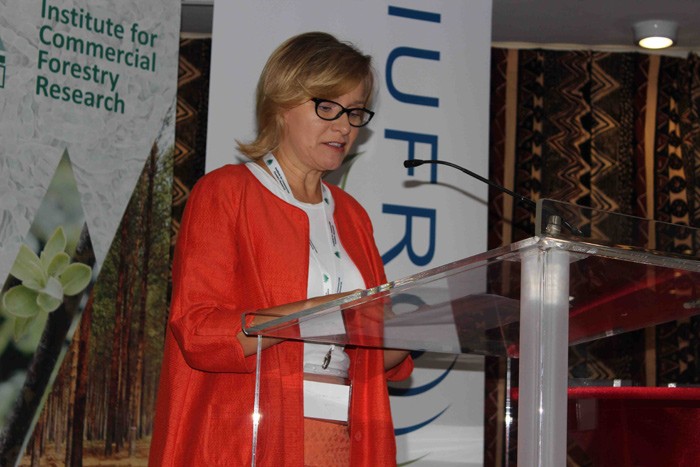 The keynote speaker was Dr Naledi Pandor, South Africa’s Minister of Science and Technology. Her department has recently awarded the forest sector R25 million for research and development – the first major contribution from government to this sector in two decades.

She said the forestry sector is part of government’s strategy for the development of a bio-economy, hence the critical need for R and D.

The symposium showcased the depth and breadth of research taking place in South Africa, including monitoring of carbon sequestration of forests, climate change, soil health and sustainability issues.

Main Congress proceedings starting on Monday will be in English, French and Spanish and will be webcast.

At the opening ceremony on Monday, FAO Director-General José Graziano da Silva will launch FAO’s latest Global Forest Resources Assessment, which reveals how the world’s forests have changed over the last 25 years and provides the latest information on the state of sustainable forest management.

Highlights of the Congress

High-level dialogue on the global forest agenda.
The participants will explore how investments in forests, forestry and forest communities can best contribute to implementing the Sustainable Development Goals.

Africa Day
Representatives from the African Union, the South African Government and FAO will join scientists and researchers to focus on the role of forests in regional and national efforts in adapting to, and mitigating, climate change.

Chris Chapman, SA Forestry Editor reports … The World Forestry Congress is all set to kick off at Durban’s International

Mechanisation changing the face of forestry

Confidence in the future of forestry

Northern Natal Seedlings is a family-owned business supplying forestry and vegetable seedlings to farmers and market gardeners across the country.