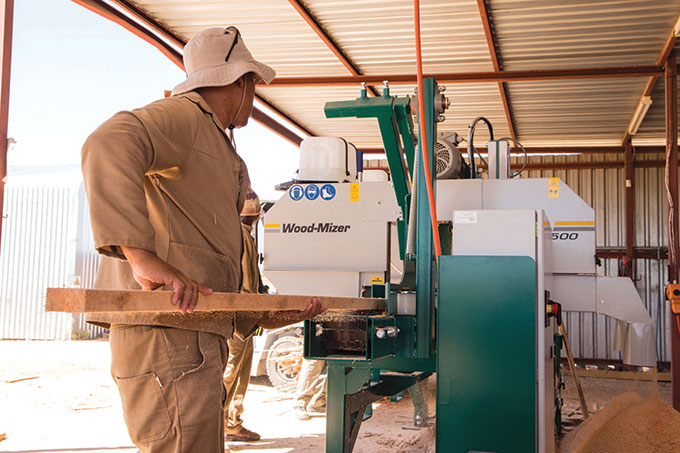 The two-head HR500 can be expanded to a maximum of six heads to cut several precisely resawn boards in one pass.

South Africa’s Northern Cape province is the driest area in the country with an average rainfall of only 202 mm. The dry conditions are not ideal for growing trees, so there is very little timber available locally except for firewood.

This lack of local timber coupled with a big demand for timber pallets and packaging prompted Zak Gerber to start a pallet manufacturing business in Upington, JJZ Gerber Houtwerke BK.

A river runs through it
Upington is located on the banks of the Orange River which flows for nearly 2 300 kms to the Atlantic Ocean on the West Coast.

The river is the lifeblood of the area, sustaining the town and allowing farmers to produce desert wines, table grapes, dried fruit and animal feed. The baking desert sun concentrates grapes into super sweet wines while the heat cures dried fruit products that are exported around the world.

Farmers along the Orange River Valley depend on timber pallets, crates and wooden packaging to dry their fruit, and transport their produce to market. But these are brought in from manufacturers located hundreds of kilometres away, at high cost and with many logistical challenges.

Zak, whose family has been farming in the area for generations, saw a gap in the market and decided to start manufacturing pallets, crates and drying racks right there in Upington. 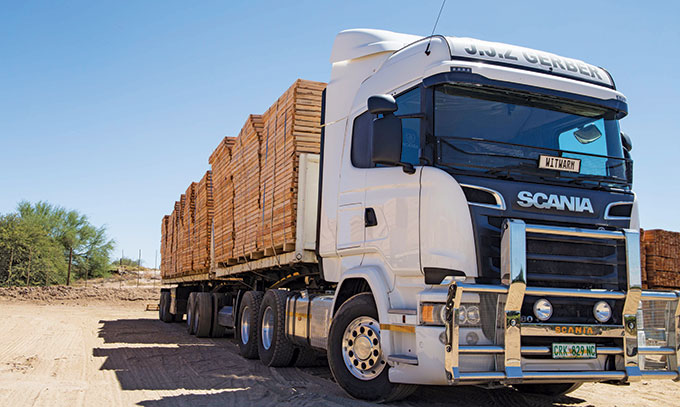 High quality, affordable drying racks that are manufactured in Upington on their way to dried fruit producers in the Orange River Valley.

Efficiency
Getting local manufacturing in place was the first step. To get control of the fixed costs like transport and the price of timber was the next step.

He controlled his transport costs with his own fleet of trucks. To reduce the price of timber, Zak uses a simple approach: buy in bulk and process as much timber as possible locally.

Timber blocks are easier to transport, cost less than ready sawn material and can be cut into any size that manufacturing requires.

This wasn’t always possible while the factory grew.

A single head resaw made some custom cutting possible. But the 8 mm components used for drying racks still came from timber suppliers. The premium paid for these components was high and ate into Zak’s margins. 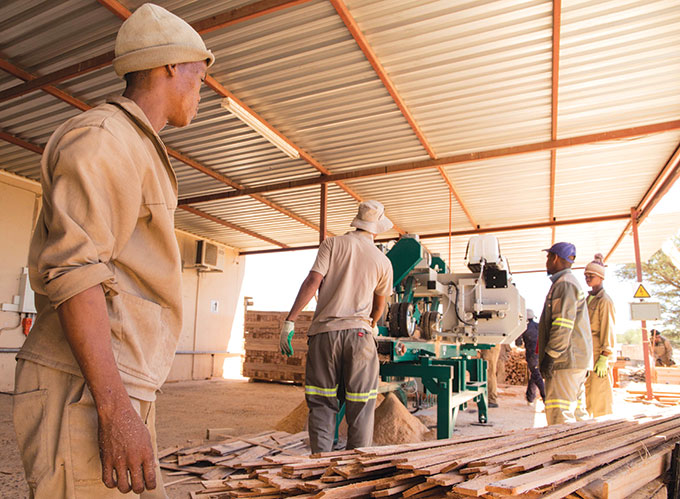 The same 8 mm board now being cut in Upington on the JJZ Gerber Houtwerke’s recently commissioned HR500 resaw.

The HR500’s material processing capacity of 300 mm (wide) x 400 mm (high) allows them to seamlessly resaw the hardwood cants that arrive at the factory into several precisely resawn boards in one pass.

The HR500 is a modular machine, which made it easy for Zak to buy one frame and then fit one or two heads. He chose two heads and will later add a second frame to increase production even further.

The units are pre-wired to allow for easy installation and expansion to a maximum of six heads.

The HR500 comes standard with a blade lubrication kit, which together with the hydraulic blade tensioning are centrally located to increase productivity and ease of access.

Zak also invested in a Wood-Mizer BMS200 bandsaw blade sharpener and BMT250 blade setter to service the blades used on the HR500.

If you liked this article, check out Wood-Mizer’s TITAN Hybrid range.