A group of lecturers in Forestry and Wood Technology from NMMU’s George Campus went on a field trip recently to one of the epicentres of the forestry industry - Pietermaritzburg. 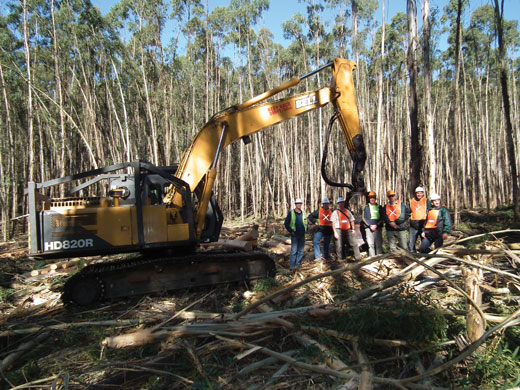 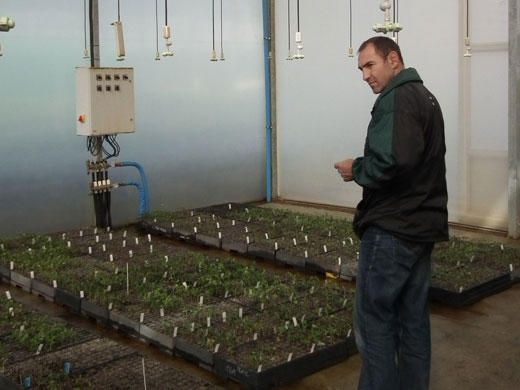 This opportunity opened up when it was decided to schedule the annual NMMU Forestry and Wood Technology Advisory Committee meeting at MONDI’s head-office in Pietermaritzburg instead of hosting it in George.

The first visit was to Thornville Sawmill, part of the Tekwani Normandien Farm (Pty) Ltd, which is the largest privately owned sawmilling group in South Africa. The visitors were impressed with their beautiful timber frame offices, as well as their innovative equipment. An overview of the company presented by the General Manager, Sean Hoatson, provided further evidence of a business that continues to thrive despite tough economic conditions.

The Advisory Committee meeting on day two of the visit was well attended by the local industrial role-players and decision makers. The feedback from NMMU to the committee proved valuable as some important issues were raised relating to the growth of the Forestry and Wood Technology programmes and curriculums. This good working relationship was reciprocated by the industry representatives who updated NMMU on the challenges facing future foresters.

On day three the NMMU team visited a mechanised harvesting operation near Howick where shovel yarding was used to extract pine saw-logs and a harvester was used to fell, crosscut, de-branch and debark Eucalyptus nitens for pulpwood.

They then went on to see Mondi’s state-of-the-art nursery at Howick. Sophisticated climate control systems and seed harvesting operations were demonstrated by enthusiastic Mondi staff.

The next stop was the Regional Fire Control Centre outside Howick. The manned control room is equipped with state of the art weather data systems, linked to strategically placed camera systems that watch over large areas of forestry and farmlands, serving as an early warning signal in detecting fires. This was followed by a visit to FireStop, a company that specialises in aerial fire fighting with water bomber planes.

CMO expands its services in Forestry

The College for Machine Operators, better known in the forestry industry as ‘CMO’, has been restructured and expanded to provide