Home » The ‘broken’ Southern Cape timber industry can be fixed 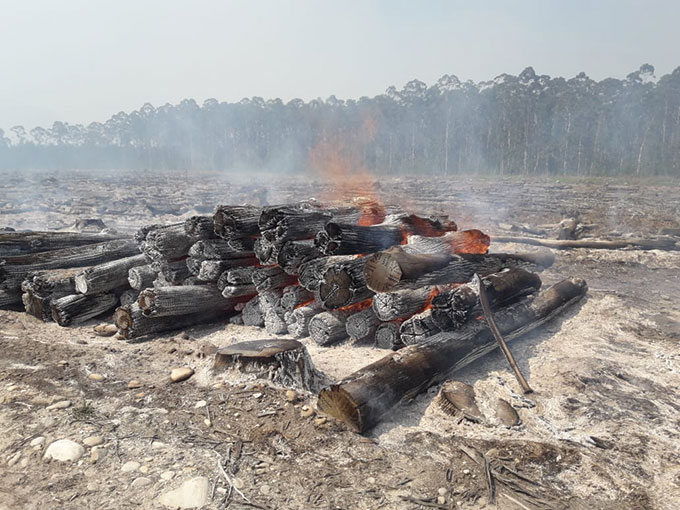 Fire – and politics – taking a heavy toll on the forestry industry in the southern Cape.

The Southern Cape timber industry – once the pride of the Cape and the cornerstone of the regional economy – is on its knees after suffering a triple whammy caused by Government’s ill-conceived forestry exit strategy and subsequent inaction, disaster fires (in 2017 and 2018), and now the Covid-19 lockdown.

However fixing the problems crippling the southern Cape and unlocking the full potential of the timber industry is do-able if all the stakeholders take responsibility and work together in a co-ordinated and focused fashion, according to the CEO of the SA Forestry Contractors Association, Dr Jaap Steenkamp.

Addressing a workshop for Southern Cape (SC) timber industry stakeholders at the Knysna Timber Festival in March, Jaap said that government appears not to have the inclination or the capacity to address the issues impacting negatively on the southern Cape timber industry.

A further problem, he said, is that the Southern Cape community lacks the organisation, leadership and finances to make a contribution to alleviate the problems. This is despite the fact that private forestry companies have shown a willingness to engage with communities, and that the Western Cape government has been generally supportive of efforts to revive the economy.

“We (in the Southern Cape) are currently in limbo and nothing is happening, although we do have the very convenient excuse of Covid 19,” said Jaap.

He said that the Covid-19 pandemic and subsequent lockdown aggravated the situation as the Southern Cape is a saw timber region and the construction sector remained closed for more than two months.

“Government kept the supply side open, but shut down demand. This meant we just stopped everything. Contractors are struggling, especially those working for saw timber companies.”

However the re-opening up of the construction sector under Level 3 gave the local sawmillers hope that they can claw back some of the losses they have suffered under lockdown.

So what is the extent of the ‘hole’ that the SC timber industry finds itself in in 2020? 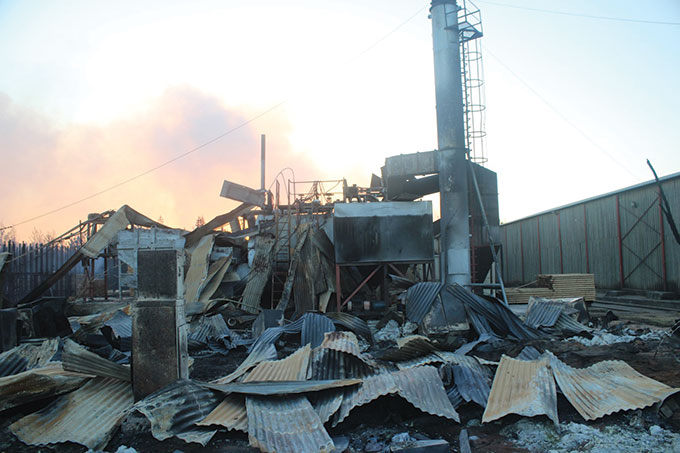 The twisted remains of the Geelhoutvlei sawmill, destroyed by the 2018 wildfires.

Lost opportunities
In 2001 Government announced its decision to exit 44 763ha of forestry land in the Western and Southern Cape. This land was operated in terms of a long term lease by MTO who were required to clearfell these areas in phases and hand them back to the Forestry Department by 2020.

Following an outcry over the forestry exit policy, Government subsequently changed its strategy and President Mbeki announced in 2008 that half of the original exit areas (21 402ha) could be restored to forestry. Government also declared that any future plantation ownership of the restored forestry land had to include BEE partnerships.

However there has been no progress in making arrangements for the reversal areas to be re-established since they were clearfelled and handed back to DAFF/DEFF, and the land has been lying fallow and becoming overgrown with alien weeds ever since.

This 21 402ha of ‘idle’ exit reversal land (currently unplanted) has resulted in an opportunity yield loss of around R128 412 000 per year gross income, says Jaap. (This is calculated by taking the Mean Annual Increment for the Southern Cape of 12cub.m/ha/year @ R500/cub.m).

The loss of over R128m revenue per year increases to closer to R320m/year if you take into account the potential value added to the round log resources from local processing, says Jaap.

“For how long will we continue to do nothing? A return will only come from trees in the ground.”

If you add the 15 000 ha of land damaged by the 2017 and 2018 fires in the Southern Cape, you begin to get an idea of the scale of the problems facing the industry.

On top of this came Covid-19 which is compounding the impact of the fires, said Jaap. All contractors were stopped during Levels 5 and 4 lockdowns. Furthermore the Covid restrictions are adding additional costs as a result of inefficient transport contingencies and limited work force etc.

According to the George Municipality, forestry accounts for approximately 20% of the economic activity of George. The impact on the region is huge and over the past two years numerous auctions of timber and timber related businesses attests to the decline of the industry.

“Idle land (also called temporary unplanted land in forestry circles) is like not investing your cash. This land is degrading and losing value,” said Jaap. 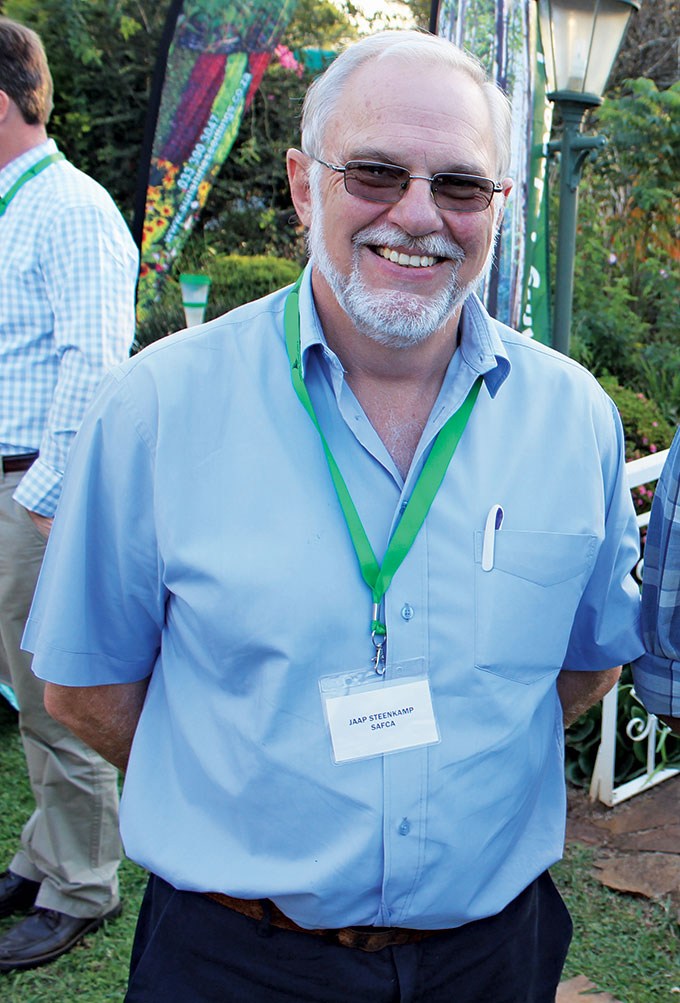 Following the 2017 and 2018 wildfires, Jaap said that the private growers, mainly PG Bison and MTO, have been conducting extensive salvage operations in all their burnt areas. On the other hand the Department of Environment, Forestry & Fisheries has salvaged nothing. Only now are they beginning to salvage burnt timber – 15 months after the fire, said Jaap.

Some 14 contractors, employing around 890 people, have gone out of business as a result of the fires. A further 400 workers lost their jobs when Geelhoutvlei Timbers sawmill in Sedgefield burnt to the ground.

Jaap said that many of these jobs could have been salvaged if DEFF (the ‘new’ landowner) of the exit reversal areas had maintained these areas as going concerns.

“From my point of view that was perfectly possible as they knew they would be taking over responsibility for this land for many years.”

He said DEFF has known that they were getting these exit areas back since the exit reversal was announced by President Mbeki in 2008, but still there has been no progress.

These exit areas were earmarked by the Department for community participation. But Jaap said that the organising and funding problems with the community have still not been resolved.

“DEFF should take ownership of this instead of paying lip service to the community. Their inaction is costing the community dearly.”

Meanwhile the cost of re-establishing forestry in these areas is getting higher every day as the natural/pioneer vegetation is still growing.

“I understand that Working On Fire is now in control of the area (mandated) and that fire protection and vegetation management is being done … but it is an interim arrangement and not sustainable.

Furthermore it is a withdrawal from the economy as it is a cost. The sooner we can go back to normal forestry the better. We need to plant.

“The last of the exit areas will be vacated by MTO by October 2020 and I doubt if DEFF has any concrete plans in place to take it over as a going concern.

“Some people in the Cape are of the opinion that forestry is not that important and we should focus on tourism. So much for their point of view! Covid brought tourism to a complete halt, but the trees are still growing. There is a place for both, but forestry is much more stable,” said Jaap.

“The priority is to act immediately to mitigate fire risk, clean unwanted vegetation and to produce timber. The community should be roped in and jobs will be created at commencement of re-establishment.”

At the same time he said that sawmills may need assistance to survive and retain jobs.

CMO expands its services in Forestry

The College for Machine Operators, better known in the forestry industry as ‘CMO’, has been restructured and expanded to provide